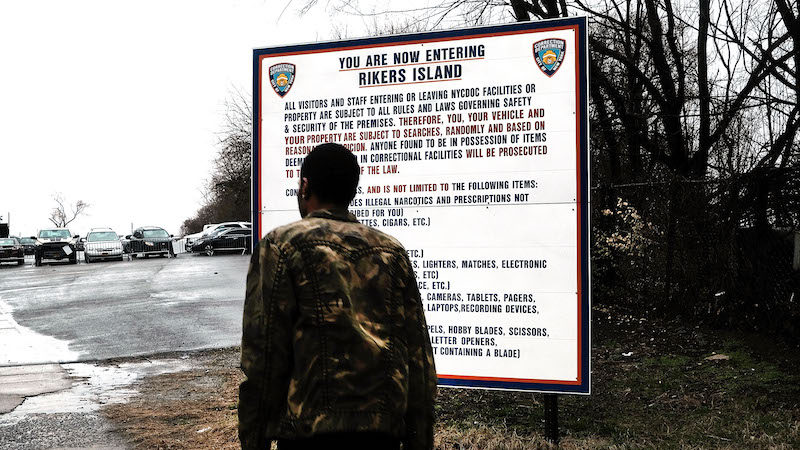 Faced with the looming threat of the coronavirus, Harris County, Texas, Sheriff Ed Gonzalez did something unusual for a lifelong law enforcement officer. Two weeks ago, he issued a “compassionate release” plan to complement an arrest-reduction strategy that shrank the jail population from 9,100 to 8,500 in just a few weeks.

Allowed to continue, the new plan would have removed several hundred more elderly or ill defendants from jail ― but it ran into an insurmountable hurdle.

On March 20, Judge Herb Ritchie issued a general order limiting the defendants eligible for release to those who had committed low-level, nonviolent felonies like forgery, credit card crimes and possession or delivery of marijuana. An analysis run by the sheriff’s office projected that the order, which has yet to go into effect, will limit the number of inmates released to just 36.

This isn’t an anomaly, advocates say. Across the country, despite unprecedented cooperation between other facets of the criminal justice system to prevent the spread of COVID-19, the illness caused by the coronavirus, judges are standing in the way of reducing jail populations.

Judges’ intransigence is already having deadly consequences, advocates say. “County jails are going to be the worst cruise ships in the whole United States,” said Hannah Jane Sassaman of Movement Alliance Project, a Philadelphia-based organization pushing judges to clear jails of as many people as possible to avoid the calamity that’s befallen places like Rikers Island in New York City.

As of March 30, at least 167 inmates and 114 staff members at New York City jails had tested positive for COVID-19, the majority of them at Rikers. One 57-year-old prisoner recently told HuffPost, “I just feel like I’m sitting on death row, waiting to die.”

In Chicago, Cook County Correctional officials have, so far, reported 134 infections among detainees in the Cook County Jail, and 20 among staff. Each day, it seems another county jail reports its first positive coronavirus case.

Many police officials and district attorneys are proposing sweeping changes to their own routines — arresting fewer people, for instance, or allowing more defendants out without bail. But judges across the country are often the final decision-makers regarding who gets out and when. And advocates say many judges have been dangerously behind the curve.

“We’ve seen movement on not bringing as many people in,” said Philadelphia criminal defense attorney Mark Houldin, referring to the Philly police commissioner’s order to halt low-level arrests. “But nothing to let people out.”

Part of that is due to court closures, notes Houldin, but judges are also refusing to review cases, even when they could potentially do so using the same videoconferencing technology they are currently using for arraignments and initial bail hearings. A judge could also issue a general order for mass relief for people held on specific violations and offenses.

“I myself have filed motions that I have heard no response on,” said Houldin, a former longtime Philly public defender. “Other people have gotten summary rejections by a court clerk, not the judge, saying this doesn’t qualify as an emergency so it’s not going to be heard.”

Rather than wait for judges to take action, advocates around the country are pushing forward with their own solutions. Last Monday, New Orleans Public Defender Derwyn Barton filed a writ of habeas corpus on behalf of “vulnerable and non-violent inmates” inside the Orleans Justice Center, a jail with 1,438 beds and 13 coronavirus cases. In a city fast becoming the pandemic’s latest epicenter, Barton demanded the immediate release of several classes of detainees, including some felony defendants.

“The demographics of our clients mirror assisted living centers and nursing homes more than they mirror the regular population,” Barton said, noting that, in addition to poverty, his clients have disproportionate levels of high blood pressure, diabetes, heart conditions and obesity.

Two days after the public defender’s office filed its writ, Orleans Parish district court judges responded with an en banc order releasing a select group of the jail’s 918 detainees who fell within a narrow field of offense categories.

Though Barton was glad to see some people released, he said the order was wholly inadequate. “When we ran an analysis on that order, it affected less than ten people,” he said. “We need to go way farther and much deeper if we want to do our part to prevent the spread of this fire.”

Undaunted, Barton plans to submit a revised writ naming 200 clients his office believes can be released either because of their age, health, bail status, or the nature of their charge or offense.

Advocates are pushing for similar relief for defendants in Texas. On Friday morning, a group led by the Washington, D.C.-based Civil Rights Corps filed an emergency temporary restraining order to force Texas judges to act. The public interest firm already has a pending class-action challenge to the constitutionality of the Harris County’s felony money bail system, so it was able to file the order on behalf of its existing clients.

But on Sunday, Texas Gov. Greg Abbott (R) took matters into his own hands. Citing counties “considering the broad-scale release of arrested or jailed individuals,” he signed an executive order suspending parts of the state’s criminal code to make it harder to release people from jail.

Until the crisis ends, no one detained on either a violent charge or with a prior conviction for a violent offense ― including some plaintiffs in the Civil Rights Corps suit ― can be released on a personal bond.

“He’s basically condemning to indefinite pretrial detention, on the basis of only a finding of probable cause, anyone who is too poor to pay to get out of the jail,” said Civil Rights Corps’ Elizabeth Rossi, who later added, “the order is flagrantly unconstitutional.”

Later this week, Rossi will be back in court to argue as much before Judge Lee Rosenthal, who has asked the parties to continue negotiating the motion despite the governor’s latest move.

This story was reported in partnership with Type Investigations.

Dax-Devlon Ross is a Puffin Foundation Fellow at Type Investigations, the author of five books and an award-winning investigative journalist who covers social and criminal justice.