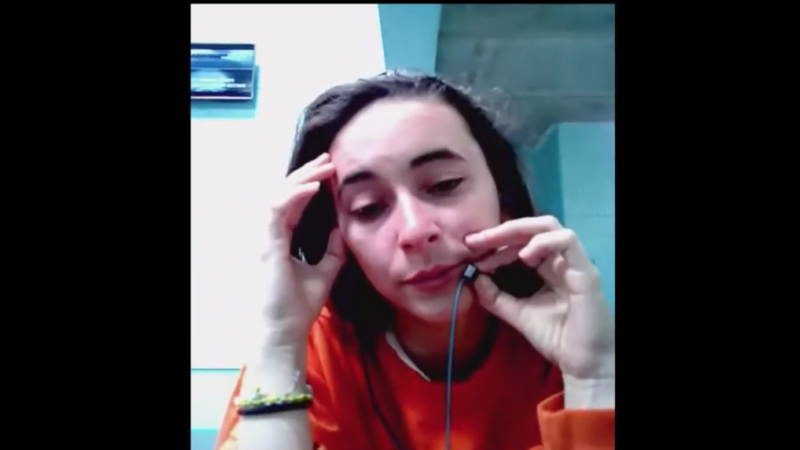 Neysi Salvador-Aguiar’s terror ran on two tracks. One was personal: She feared that the coronavirus would spread among the 70-some other women she was locked up with in a bunk-filled room in a Georgia immigration detention center. The other was professional: Salvador-Aguiar is a doctor; she knew that this immigration jail was a human petri dish.

Salvador-Aguiar, a 26-year-old physician, fled Cuba six months ago, just before finishing her family medicine residency, after she came under violent attack for refusing to be deployed to support the Venezuelan government. Salvador-Aguiar crossed the border, was detained, and sent to the Irwin County detention center, a privately-run Immigration and Customs Enforcement facility three hours south of Atlanta. She came seeking refuge, and found herself trapped in conditions perfect for viral disaster.

Salvador-Aguiar first spoke to me via video call on March 19, just as many countries were shutting their borders. At the time, she remained measured. “I would say our level of risk is 7 out of 10,” Salvador-Aguiar told me in Spanish, her voice clinical in tone.

“They should take drastic measures here,” she said. “I say this as a doctor: If there are cases here, it would take minutes, hours for it to spread and there is nothing we will be able to do.”

As the crisis has spread, I talked with a dozen detainees in the Irwin County detention center. Some of them spoke through tears. Others with angry resolve. But all of them said they felt intensely unsafe. Detainees said the facility’s operator, a private company called LaSalle Corrections, has changed little in its operation since the COVID-19 pandemic exploded. Cleaning with noxious chemicals has been stepped up and the meal plates are now disposable, they said. A few said they’ve heard guards have their temperatures checked on arrival. But the facility appears to be largely as it has always been: a jail, packed with men and women under threat of deportation, with a long history of failed inspections and detainee complaints about health care.

The people detained in Irwin are among tens of thousands of noncitizens whom ICE has kept detained inside a sprawling system of private and government-run detention centers that — even before this crisis ― the federal government’s own watchdogs repeatedly found to have a dark history of medical neglect. Attorneys for immigrants across the country, including Salvador-Aguiar’s, filed a rash of motions aimed at getting ICE to release detained migrants, especially those with illnesses, on humanitarian grounds. ICE has vast discretion to release detainees. The agency in recent weeks is considering the release of several hundred vulnerable detainees, making considerations on a case-by-case basis.

But the agency has not heeded those calls in a broad way. Now, as the coronavirus pandemic spreads, detainees are vulnerable to the virus and unable to do much of anything to protect themselves.

‘Everyone Is Trying To Stay Away From Everybody’

Inside the dorm, more than 70 women sleep in an open area less than a meter apart. They can’t stay six feet apart, as the Centers for Disease Control recommends to slow the spread of the virus. There’s no social distancing here.

There’s also no chance of isolating from the outside world. The facility has continued to allow guards and facility staff in and out of their dorms, Salvador-Aguiar and others said. They do not consistently wear masks. Each one of these people could be a vector. As could the detained: One woman from Honduras told me she had been in and out of the facility for deportation ― and therefore in contact with the outside world ― multiple times in recent weeks, the last on Monday, even as the disease spread across the U.S. She was returned to the facility because ICE could not arrange a flight to deport her.

“We have a flow of people coming in from outside,” Salvador-Aguiar said. “We have a great likelihood of getting sick.”

ICE’s spokesperson for Georgia and the Carolinas, Lindsay Williams, told me, “I can’t speak to what the private facilities do with their employees and how they monitor them.” He told me to call the company. Lasalle Corrections, the company that runs Irwin County, did not respond to repeated requests for an interview.

ICE has a practice of keeping newly arrived detainees separate from the general population if they show signs of illness or who have been exposed to someone with coronavirus, but others can be placed directly into the dorms, according to Wlliams, the ICE spokesperson. I spoke to a Guatemalan woman whom ICE moved here from a county jail on March 20. She said she felt sick when she arrived, and she has a cough. But an official found she had no fever and let her enter the general population dorm within hours. She has been sleeping in a cell with other women for two weeks.

Because in jails and detention facilities, separation from the general population is often assumed to mean solitary confinement, and therefore isolation from phones and any human contact, several women told me that detainees who feel sick are at this point trying to keep their ailments to themselves. “They fear that they’ll be punished,” one detained woman told me. 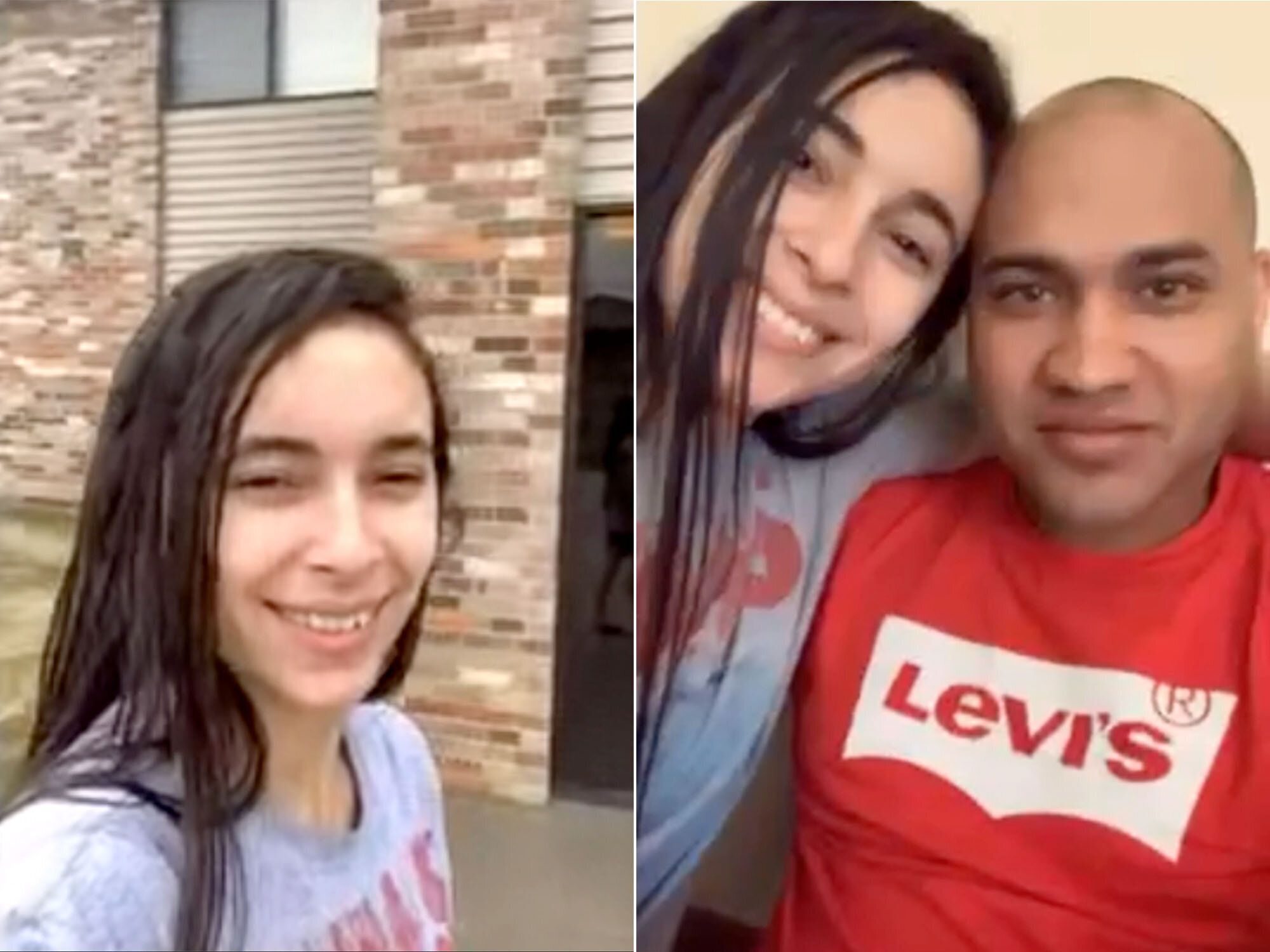 A 38-year-old man named Nilson, who lived in Georgia for nearly two decades before he ended up detained in Irwin County, told me that in his unit, detainees have started to create their own systems of protection ― ones that worry him.

“Everyone is trying to stay away from everybody,” Nilson said. He told me about fights that have nearly exploded after other men coughed. “The survival mode kicks in and a lot of people are showing aggression in those situations.”

But, he said, “I understand why they’re reacting that way.” Nilson has diabetes, and the CDC has said that puts him at greater risk if he’s infected.

Salvador-Aguiar feels certain that someone will get sick here and she told me repeatedly that the facility will be an ideal place for a virus to spread. She warned that the medical unit is not prepared in any way to respond.

“In my opinion, the medical staff who work here are not competent,” she said. “They are in no way equipped for this.”

Salvador-Aguiar rattled off a list of medical failures she’d observed. In the months of her detention, before the virus was in the news, she said her medical requests and those of women she’s come to know have been routinely ignored, that detainees were given medication at random times, and that medical examinations were peremptory at best.

Irwin County, like many immigration detention centers, has a troubled record on sanitation and healthcare. In 2017, ICE’s own inspectors found that Irwin County Detention Center’s medical unit was not meeting baseline federal standards. “In the medical examination rooms, floors and patient examination tables were dirty,” the ICE report said. Not much seems to have changed: A 27-year-old detainee described the medical unit to me last week, “It is filthy. The bathroom is disgusting, and in the bathroom in the medical there’s no soap and no toilet paper. The whole place looks dirty.”

Over the two weeks we talked, Salvador-Aguiar became increasingly angry that ICE would not let her and the others out.

“We are people, we don’t have to be exposed to this virus, by being left inside this place,” she said. “They should take the people out of here who they can take out of here.”

Early the morning of Wednesday, March 24, I woke to a text message from Salvador-Aguiar’s husband, Yoel, who has lived in Nebraska for years. It was the day after a barrage of intensifying news reports about the virus ― for the first time, more than 100 people died in one day in the U.S., and Cuba, where Salvador-Aguiar’s family remains, was locking down travel. Yoel had texted me in the middle of the night with urgent news from his wife.

“She tells me that she and her fellow detainees are going to go on strike until the facility takes action,” the text read.

Salvador-Aguiar had come across to me as careful, reserved. Not the type to stage a protest. I tried calling right away but got no answer. Later that day my phone rang from Georgia, a number I didn’t recognize. It was Salvador-Aguiar, the first time she’d called me, rather than the other way around. She said the video tablets were not working. Her voice was distressed and quick. “Last night all of the women in the unit met,” she said. “We are all so afraid.”

On the day before the strike started, a woman became sick, several people told me. “When she coughs, we all get in contact with it,” another detained woman said. “We’re all here squished in like sardines.” The detained women gathered in the center of their dorm, telling guards that they were huddling together to pray. They decided to refuse to eat.

But the movement was short-lived. When I called Salvador-Aguiar again the next morning, she told me they’d called off the protest. “What power do we have if we’re just 70?” They had no way to contact the hundreds of other detainees in other dorms. They concluded they were powerless. “Our hands are tied,” Salvador-Aguiar said.

Salvador-Aguiar seemed to be resigned that she would catch the virus, and that others inside would too. Though ICE has reported no cases at Irwin, testing is limited. Salvador-Aguiar’s sense of inevitability has left her, as a doctor, with an overwhelming feeling of impotence.

“I could offer my medical knowledge,” she said. “But I can’t do anything inside. They don’t allow me to intervene.”

Salvador-Aguiar was denied a bond request and a parole request months ago, she told me on March 30. But she was still trying to get out; her new lawyer, an immigration attorney based in Atlanta named Uriel Delgado, filed a new request for parole in early March.

Salvador-Aguiar has asthma, which can be a risk factor in the case of infection. It has flared dramatically since the facility has started using chemicals to clean. Her symptoms appeared significant, including shortness of breath, and I asked her repeatedly, as I saw her cough and hold her head on video, if she really thought she was experiencing allergies.

Our call cut off after 10 minutes and I tried calling again repeatedly, but for 30 minutes I could not get an answer. Then, she picked up. “I got parole,” she said. “Right now. Ten minutes ago.” She cried on the call ― the first time she cried in 12 days of conversations.

ICE released Salvador-Aguiar last Wednesday. She walked out of the ICE office and she and Yoel drove to Nebraska.

The day she got out, news outlets reported that a guard at another Georgia detention center, not far from Irwin, had tested positive for the virus, and 33 detainees who may have had contact with him were placed in quarantine. ICE detainees in at least 10 facilities have tested positive.

Irwin still hasn’t reported any cases of the virus. But Salvador-Aguiar, now with her husband in Nebraska, believes it’s just a matter of time.

“I am very worried about the women in there,” she told me. “The situation is worse all the time.”

UPDATE: April 10, 8:25 a.m. ― After this article was first published, a declaration filed in federal court by the Irwin County detention center warden, David Paulk, revealed there are now two confirmed cases of COVID-19 at the facility. One transport officer and one detainee have tested positive for the virus.

According to Paulk’s declaration, filed in response to a habeas lawsuit, the detainee had recently arrived and was not in contact with other detained people. The transportation officer was not in “direct contact” with detainees, the declaration says.

The ICE online COVID-19 site, where the agency reports confirmed cases, does not include either of these infections.