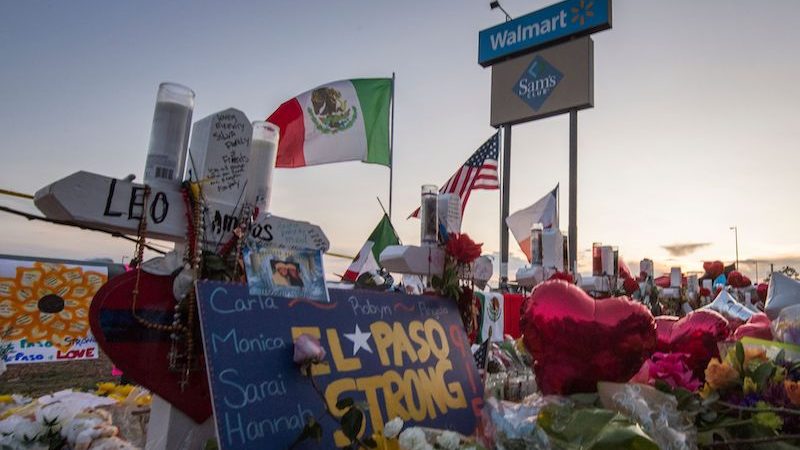 MARK RALSTON/AFP via Getty Images
A makeshift memorial for victims of the shooting that left a total of 22 people dead at a WalMart in El Paso, Texas, on August 3, 2019.

The Trump years have seen an increase in domestic terrorist attacks linked by hateful ideologies that thrive online. Reveal teams up with Type Investigations to track every domestic terror incident from 2016 through 2019. We unpack the ideologies and tactics of American white supremacists and assess government attempts to combat them.

Reveal’s Priska Neely introduces us to a survivor of the 2019 Walmart shooting in El Paso, Texas, and, with Type Investigations reporter David Neiwert, traces the racist ideology connecting that attack with the Pittsburgh Tree of Life synagogue shooting, along with other terrorist events.

Many of today’s domestic terrorists were radicalized online, adopting their extreme views without interacting with other extremists in person. Reveal’s Stan Alcorn explores how the online organizing of white supremacists and other right-wing extremists has evolved over the last few years, through the story of former white nationalist Joshua Bates.

Alcorn also looks into the FBI’s response to the rising tide of right-wing domestic terrorism. The agency claims it’s taking those threats more seriously, but U.S. Rep. Bennie Thompson, D-Miss., chairman of the House Homeland Security Committee, says the agency has been slow to provide details about exactly what it’s doing.