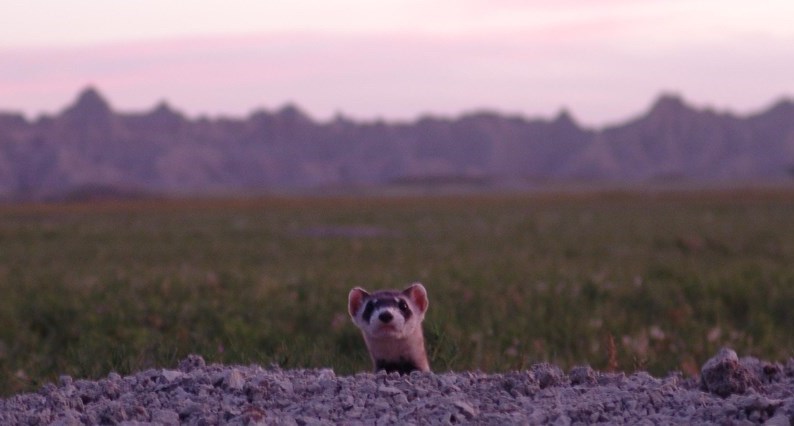 “I learned a lot about Covid,” the president boasted Sunday in a video message from the hospital at which he was being treated for the infection. Meanwhile, at least half a dozen members of his inner circle of advisers have also tested positive, following months of disregard for standard public health guidance. This pigheaded indifference to the facts of the pandemic, and unwillingness to change behavior, has not been limited to the Oval Office, though. We’ve seen it creep into the Department of Health and Human Services, too, and even the president’s Coronavirus Task Force.

Now there’s evidence that the Trump administration’s self-destructive impulse not to learn about Covid has even taken hold in government labs that are far from the front lines of public health. Last month, scientists at the National Wildlife Health Center in Madison, Wisconsin, learned that Trump’s appointee as director of the US Geological Survey, James Reilly, had shut down a seemingly apolitical project to study the potential impacts of the new coronavirus on the critically endangered black-footed ferret. There are just a few hundred of these animals left in the wild, and their survival as a species appears to be in question. Covid has already killed thousands of minks, which are in the same family as ferrets, on fur farms in Utah; and in Europe, where similar outbreaks have occurred, there is evidence suggesting that minks have transmitted the disease to humans.

Reilly, a former astronaut and oil-industry geologist, has already tried to alter—if not hamstring—his agency’s vital work on climate science. His intervention in the ferret study suggests he may be hostile to the idea of doing any sort of Covid research whatsoever. That’s despite the fact that the NWHC is the only federal lab in the nation certified to work on high-risk, infectious diseases in wildlife populations; and that it has a long history of investigating potential zoonotic pathogens. In 2014, for example, the center’s researchers were the first to identify strains of avian influenza in the US, providing crucial early information to the poultry industry. They’ve also been studying coronaviruses for more than a decade.

What was Reilly’s problem with the ferret study, exactly? According to four employees at USGS who spoke to me anonymously for fear of retribution, Reilly has expressed concerns about the lab’s safety. In particular, he has said he’s worried that research on the new coronavirus could lead to its possible mutation and spread via laboratory accident—and that he would not allow this to happen on his watch. The Inspector General for the Department of the Interior is reviewing allegations that the lab is unsafe, according to three USGS employees. In 2019, according to documents obtained by WIRED, Reilly himself prompted a similar investigation into what he alleged was an attempt to conceal information pertaining to safety violations at a USGS test reactor facility in Colorado. That one found no evidence that senior employees had acted inappropriately.

The NWHC, which dates back to the 1970s, is certainly in need of upgrades. In March, nearly two dozen industry and professional organizations involved in animal science sent a letter to Congress urging significant funding for new construction. “The current facilities … have been well-maintained, but are now in need of life-cycle replacement,” the letter said. If that doesn’t happen, “the Center may not be able to meet future standards for the operation of high biocontainment facilities.” But Leslie Dierauf, a wildlife veterinarian who was the center’s director from 2004 to 2008, says safety concerns are far-fetched, given the degree of monitoring that goes along with its status as a Biosafety Level 3 lab. Senior USGS employees contend that the NWHC’s safety record is unimpeachable. “What Reilly’s saying is absolutely untrue,” a senior USGS employee told me.

Reilly’s opposition to the research appears to gibe, to some extent, with the Trump administration’s line on the pandemic’s origins. While most researchers believe that the new coronavirus spread naturally from bats to humans, perhaps via an intermediary host, senior White House staff and some Republican members of Congress have speculated that the virus was engineered in a lab in Wuhan, China, and then unleashed, deliberately or not, from there. Trump himself endorsed this idea in late April, but refused to give specifics. Yes, he told a reporter, he did have a “high degree of confidence” that it’s true, for reasons he was “not allowed” to share.

Reilly, for his part, appears to subscribe to at least part of the Wuhan conspiracy theory. In late April he told senior staff that he was “not convinced” that the virus had originated in bats, and, according to three sources, he has also suggested that the virus escaped from a lab in Wuhan. The USGS did not respond to questions about Reilly’s views on the pandemic’s origin or his decisions regarding the agency’s Covid-related research.

Those beliefs may have been relevant to Reilly’s decision, in June, to quash an agency press release, and related social-media posts, regarding an NWHC analysis of the risk that humans might transmit the new coronavirus to North American bats. According to that study, which was completed in partnership with the research collaborative EcoHealth Alliance and the Fish and Wildlife Service, if bats did become infected, there would be a more than 30 percent chance that the disease would spread within their populations, possibly leading to new outbreaks among humans, domesticated animals, and other forms of wildlife. Reilly personally stepped in to prevent public messaging about this work, according to two sources at USGS. The study received very little press coverage. “He’s not supportive of us doing any Covid communications,” one USGS employee told me this spring.

Meanwhile, the Trump administration had already cut millions in federal funding to the EcoHealth Alliance for research on the very question of how Covid might have migrated from bats to humans. On April 27, the nonprofit, which has in the past collaborated on studies with the Wuhan Institute of Virology, received a letter explaining that the US National Institutes of Health “does not believe the current project outcomes align with the program goals and agency priorities.”

If Reilly was downplaying the NWHC’s work on the pandemic virus in June, he hadn’t yet gotten in the way of any science. In mid-July the NWHC director signed off on a Fish and Wildlife Service proposal to look at whether a vaccine could be developed to protect black-footed ferrets. Ferrets are of interest not just due to their endangered status but also because the species is highly susceptible to respiratory infections. That susceptibility has made them particularly attractive laboratory animals in the race to develop treatments and a vaccine for coronavirus. According to the FWS proposal, vaccinating ferrets could reduce transmission of Covid from infected animals to their human caretakers in the event of an outbreak. The NWHC was meant to do the sensitive work of testing the efficacy of the ferret vaccine in the lab.

But in early September, Reilly pulled the plug. “Jim made it clear he didn’t want any Covid-related studies,” one senior USGS employee told me. “He said no.”