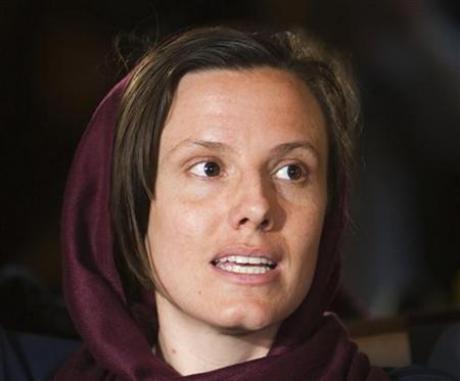 Some amazing news: Sarah Shourd, one of the Americans detained in Iran for more than thirteen months, was finally released today to the Swiss Embassy in Tehran. Her release was set in motion by the direct intervention of President Ahmadinejad.

Iran’s Press TV reported that Shourd was released on $500,000 bail, though it is unclear who paid it, as the families were unable to raise the funds and the United States had refused to pay. According to Shourd’s mother, Nora, Shourd had been struggling with depression and had been denied treatment for health problems including precancerous cervical cells and a breast lump.

Meanwhile, officials from Iran’s judiciary announced that Shourd’s companions, Josh Fattal and Investigative Fund reporter Shane Bauer, would be detained for at least two more months. The Los Angeles Times reports that all three were formally charged this week with spying and illegally entering Iran. But a joint investigation by The Investigative Fund and The Nation located eye-witnesses who said all three were arrested inside Iraqi territory and then detained by a rogue officer of the Revolutionary Guards. And authorities from Secretary of State Hillary Clinton to the Committee to Protect Journalists, as well as all of the editors who have ever worked with Bauer, have rejected the spying charges as ludicrous.

Masoud Shafie, the Iranian attorney representing the three, says he is pressing for Fattal and Bauer to be released on bail as well. Here’s hoping.