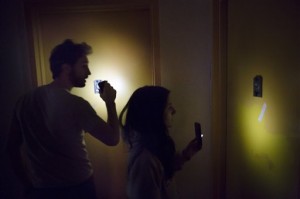 New York City is moving toward creating a registry of vulnerable residents who require special assistance during disasters, aiming to address a critical gap in emergency response exposed in the aftermath of superstorm Sandy.

On Tuesday, as part of his far-reaching plan for arming the city against climate change, Mayor Michael Bloomberg called for expanding an existing database listing clients of five city human service agencies to add key information for disaster response, such as the names, addresses, ages and medical conditions of disabled and elderly people.

Also this week, City Council members introduced a bill that would require the city to promptly develop a plan for outreach to vulnerable residents during emergencies — part of a package supported by Speaker Christine Quinn. The legislation would establish a Door-to-Door Task Force responsible for coordinating assistance to these residents.

“I think everyone is tentatively agreeing that we need a registry, and a good one, to make sure people are protected,” said Dr. Irwin Redlener, the director of the National Center for Disaster Preparedness and co-chair of the New York State Ready Commission, a panel of experts appointed by Gov. Andrew Cuomo to recommend policy reforms in the aftermath of Sandy.

In January, the New York World and WNYC reported that Mayor Bloomberg had proposed a special needs registry for New York City in the wake of Hurricane Katrina in 2005, but then never followed up after he was reelected that fall.

When Sandy struck last October, elderly and disabled residents represented a nearly half the storm-related fatalities in the city. Many more were stranded in their homes for days or weeks, even as disaster registries in nearby counties such as Suffolk saved lives by ensuring the evacuation of the vulnerable.

Redlener expressed concern that Bloomberg’s current registry plans could meet the dead-end fate as the administration’s post-Katrina proposal. The mayor’s plans are subject to available funding, which Redlener feared could doom their chances of being enacted. Unless the city makes a specific funding commitment, “I am skeptical that either of these initiatives will find the light of the day,” Redlener said.

Post-Sandy, the city initially voiced opposition to a registry. Office of Emergency Management Commissioner Joseph Bruno testified before the City Council that such a list would be “stale the moment it was created” because people often move.

The mayor’s new disaster-response plan focuses on assembling the data to identify and locate individuals with special needs. It would build on Worker Connect, a database of clients of city agencies including the Human Resources Administration, Department of Homeless Services and New York City Housing Authority, and link it with a newly created Emergency Services Portal. This portal would include information on city, private and nonprofit service providers.

A citywide Emergency Notification Contact System would also be established to allow direct communication between city agencies and residents who chose to register for it.

Advocates for the disabled worried that a database would do little by itself to ensure their security, and could divert resources from long-needed reforms such as making the transportation and shelter systems more accessible to people with disabilities.

“The biggest problem is once you’ve amassed this massive database, then what?” said Susan Dooha, executive director of the nonprofit Center for Independence of the Disabled, New York. “Simply having a registry doesn’t resolve the issue of whether people are able to evacuate, whether there is transportation, whether there are accessible and appropriate shelters.”

Some of these concerns are addressed by the City Council’s proposal, introduced by councilmembers Oliver Koppell of the Bronx and Sara Gonzalez of Brooklyn. It calls on the Office of Emergency Management to appoint a Door to Door Task Force and devise a plan to ensure that volunteers and emergency workers can find and assist homebound New Yorkers, helping with relocating them as necessary.

Dooha said the door-to-door canvassing proposal was an important step, but that it was crucial that canvassers be properly trained and linked to city services. Just as a registry alone does not offer security, she said, a visit only ensures safety if the canvasser can provide or order the needed assistance. Without this capacity, a door-to-door canvas could create a dangerous false expectation that help was quickly on the way.

Dooha stressed that any policy adopted by the city needed to be thorough enough to pass the test of reality – and not, for example, adopt a registry without services attached or pledge an array of services without knowing who would receive them.

The differing contents of the mayoral and City Council proposals will require the two bodies to consult to ensure that a coherent policy emerges, said Brooklyn Councilmember Brad Lander, who assisted relief efforts in the hard-hit Red Hook community after Sandy.

“We definitely want to have a plan for outreach in addition to a good database,” Lander said. “We need both and we need them to be coordinated.”

This post first appeared on The New York World and is reposted here with permission.

Sasha Chavkin is an investigative reporter specializing in environmental crime and corruption.