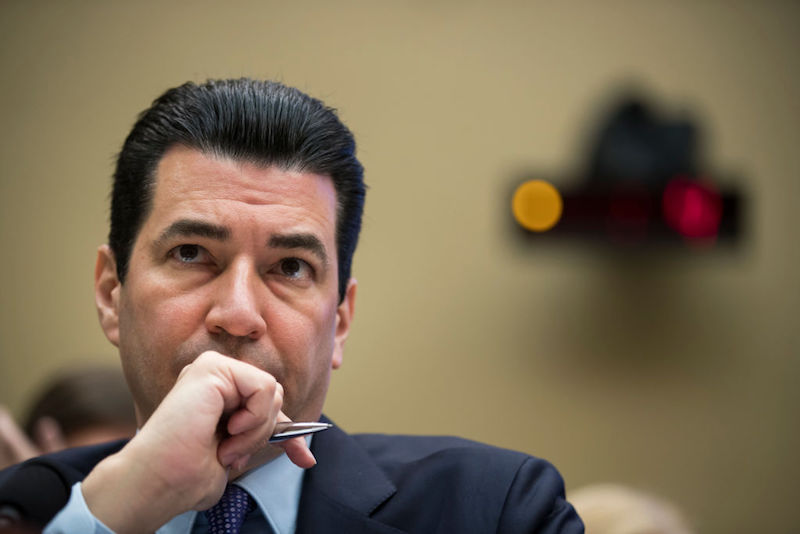 UPDATE, APRIL 9, 2018: The FDA restricted the sale and distribution of Essure on Monday, requiring patients receive adequate information on the device’s risks. Providers are required to review a brochure, which the patient can sign and the doctor implanting the device must sign. Bayer is charged with the implementation of the restriction and must assure providers comply with with these rules or face criminal or civil penalties.

In February, Food and Drug Administration Commissioner Scott Gottlieb met with a group of women who’ve been knocking on the agency’s door for years.

Online, they’re known as E-sisters: women who were implanted with the permanent “non-incisional” contraceptive called Essure, which consists of metal coils that are implanted into the fallopian tubes and contain nickel. The E-sisters believe Essure has caused them ― and tens of thousands of others ― a constellation of health problems, from bleeding, bloating and pelvic pain to more obscure symptoms like rashes, tooth loss, joint pain and fatigue associated with an allergic or autoimmune reaction.

The women asked the commissioner to take Essure off the market. They brought with them a large photo album of sister sufferers and their grisly symptoms. They also brought Madris Tomes, a former FDA analyst who launched her own software company to better track adverse events reported to the agency. These are public files, but are not easily searchable by the public or even the FDA, according to Tomes. She told Gottlieb she had logged more than 26,000 reports about Essure to date, including eight adult deaths. At the time, the FDA told BuzzFeed News it was still counting reports from 2017.

The women asked if a ban might be on the table. Everything is on the table, they recall being told. On March 7, Gottlieb gave them his official answer: Essure will remain on the market.

It shouldn’t come as a surprise that the FDA didn’t ban the device. The agency has only withdrawn two devices from the market, ever: prosthetic hair fibers and powdered medical gloves. Instead, FDA favors “black box” warnings to alert the public to possible dangers, or it may require further study, during which time devices are kept on the market.

“Once medical devices get on the market, it’s extremely difficult to get them off the market, even in the face of evidence suggesting that either they’re ineffective, or worse causing harm,” says Michael Carome of the consumer advocacy group Public Citizen. This loose oversight might concern consumers— and women in particular. In addition to Essure, two other risky gynecological devices remain in use: the power morcellator and pelvic mesh.

The morcellator is essentially a surgical hand blender that has been used to chop up fibroids and uteruses inside the abdominal cavity so they can be removed piecemeal through “minimally invasive” laparoscopic surgery. The process has the potential to spread malignant cells, causing a hidden cancer to proliferate in new locations. The FDA estimates this cancer is found in 1 in 350 women undergoing fibroid removal surgery, though a recent study suggests the likelihood is closer to 1 in 100.

The agency ultimately gave it a black box warning, which puts the onus on surgeons to either avoid the device or warn patients of this possible outcome. But the practice continues in various forms with equivocal encouragement from professional medical societies like the American Congress of Obstetricians and Gynecologists and the Association of Gynecologic Laparoscopists. Late last year, the FDA reiterated its black box warning and reported that “some groups continue to request that we scale back our recommendations.”

You’ve likely run into pelvic mesh in news headlines or late-night lawyer ads. These pieces of polypropylene netting were packaged and marketed specifically to OB-GYNs for “minimally-invasive” vaginal surgery. The goal was to hand them a tool with which they could resolve urinary incontinence or pelvic organ prolapse themselves, rather than referring out to specialized surgeons.

Studies have shown that around 10 percent of meshes used for prolapse result in “erosion,” which is when the mesh works its way into the surface of the vagina or into an organ. One woman described it to the FDA as “a cigarette burn that leaves the entire vaginal wall red and inflamed, and each step you take rubs the open wound against the other side.”

In 2008, the FDA issued a “public health notification” about transvaginal mesh designed to treat prolapse, and in 2016, the agency reclassified it as a Class III device. This means that any such meshes new to the market need to go through the more rigorous “premarket approval” process, and applications need to be submitted for those already on the market.

It also means that untold numbers of women have been harmed in the meantime; around 100,000 have sued mesh manufacturers. Yet mesh is still the standard of care for female incontinence.

Both the power morcellator and modern pelvic meshes were approved by the FDA without a single clinical trial, through what’s called the 510K process. Devices with this classification need only prove they are “substantially equivalent” to a previously approved device, which may have been equivalent to another device, and so on ― and the root device may never have been clinically tested. This was the case for both transvaginal mesh and the power morcellator.

Essure, by contrast, went through the more rigorous Class III approval process. The manufacturer at the time, Conceptus, had to conduct trials and present its application to an advisory committee. But even this process is flawed. At the hearing, the company touted Essure’s near-perfect effectiveness in preventing pregnancy and its high levels of satisfaction among women.

That follow-up surgery, by the way, is not minor: After the Essure coils have embedded into the fallopian tubes and corners of the uterus, as they are designed to do, most surgeons feel a hysterectomy is the best way to get them out. The women online post pictures from their hospital beds holding an “E-Free” poster with the date of their surgery.

The U.S. is the only country in the world where Essure is still available. Since November, Bayer has removed Essure from every other market for “commercial reasons” that have, it has said, nothing to do with safety. But sales have been falling here as well. With demand waning, one has to wonder if current owner Bayer is just waiting for supply to run out.

As disappointing as Gottlieb’s announcement was to the E-sisters, it leaves the door open a crack for more regulatory pressure. The agency “is actively evaluating a significant collection of new medical device reports submitted to FDA on the Essure device.” The FDA said it received 12,000 reports in 2017 alone, and the majority were filed at the end of the year, prompted by litigation against Bayer. “We’re working to evaluate whether these cases reflect new safety concerns,” said Gottlieb.

There may be more cases to come. While reporting on Essure last year, I obtained inspection reports that pointed to some 32,000 complaints to Conceptus that were never officially reported to the FDA. Confronted with the complaints, the FDA said it had investigated a “random sample,” and with the exception of a couple hundred, these did not rise to the level of an adverse event.

But the agency would not turn over the actual files — Madris Tomes filed a Freedom Of Information Act request for them two years ago. It’s unclear whether this recent dump of old reports came from that pile.

The FDA, meanwhile, continues to say it is evaluating Essure’s “risk and benefits.” But when does the former outweigh the latter? It’s a question that nobody will put a number on. Politically, it doesn’t seem to matter. The thrust in Washington has been to “streamline” the FDA approval process — in December, Gottlieb made a point of noting that devices should have a “progressive” path to market.

But as the speed and number of approvals have increased, so has the number of black-box warnings — at least for drugs, which are studied more closely than devices are. In practice, manufacturers, rather than our regulatory agency, decide whether or not a product stays on the market.

Health watchdogs suspect all this has something to do with the substantial fees that pharmaceutical companies pay to the FDA. According to the Project on Government Oversight, the agency now depends on those fees for more than half its funding. The revolving door between the industry and the agency tasked with regulating that industry is also a concern. Gottlieb himself came straight from consultancies and board memberships with various pharmaceutical companies.

Less than a week before the E-sisters’ meeting with Gottlieb, one of the group’s leaders, Amanda Rusmisell, got a call from an adviser for Gottlieb. The adviser asked that no attorneys join the meeting because their presence would be a distraction toward the litigation against Bayer, according to Rusmisell.

This confused Rusmisell. She responded that the attorneys (who ultimately did attend) had important information to share about women’s experiences with the device. Wasn’t that the focus of the meeting? Isn’t that in line with the FDA’s mandate: to protect the public’s health?

The FDA didn’t respond when asked about this phone call.

Correction: A previous draft of this piece suggested Gottlieb met with affected women the month before publication. In fact, the meeting took place in February.

This article, which was reported in partnership with The Investigative Fund at The Nation Institute, now known as Type Investigations, first appeared in the Huffington Post and is published here with permission.