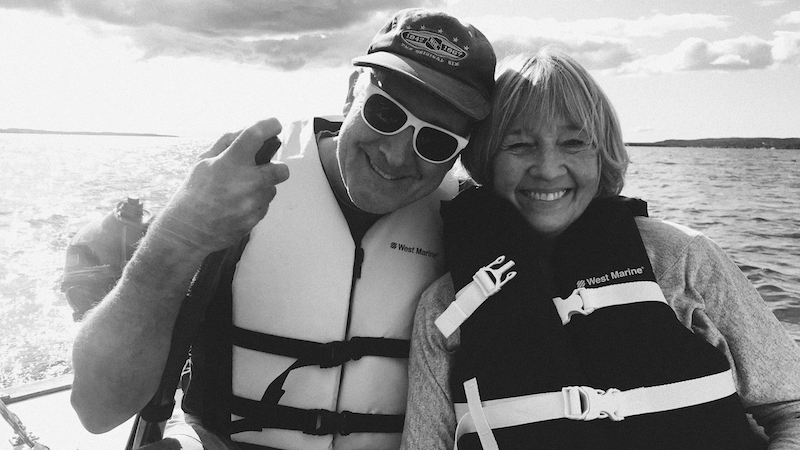 DETROIT ― It was extremely unusual for Robert Beaupre to feel unwell.

He was 67, but he took no medicines and didn’t have any chronic health problems, except for a little arthritis in his fingers that he noticed when he played classical guitar, one of his many passions. He was healthy and active.

So Beau, as most of his friends called him, dismissed the slight fever he developed on March 14.

“He was just kind of annoyed to get sick,’’ said Linda, his wife of 35 years. Their daughter-in-law, 34, was about to have surgery in Arizona for an aggressive type of colon cancer, and Linda was planning to fly there to help with the grandkids.

When Beaupre woke up the next morning, he told his wife he felt terrible and was going to the emergency room.

His choice to drive there alone underscored that he didn’t consider it serious. He assured his wife, “I’m fine. I just have a fever. It’s no big deal,’” she recalled.

Ascension Providence Rochester Hospital, a large community hospital four miles from their home, in Rochester Hills, an upscale suburb north of Detroit, quickly saw Beaupre, and a chest X-ray found his lungs were clear. He was sent home with instructions to quarantine himself.

“The hospital gave him a sheet listing nine symptoms, and it said if any return, to come back to the ER,” Linda said. “The only symptom of the nine that he had was a fever.” 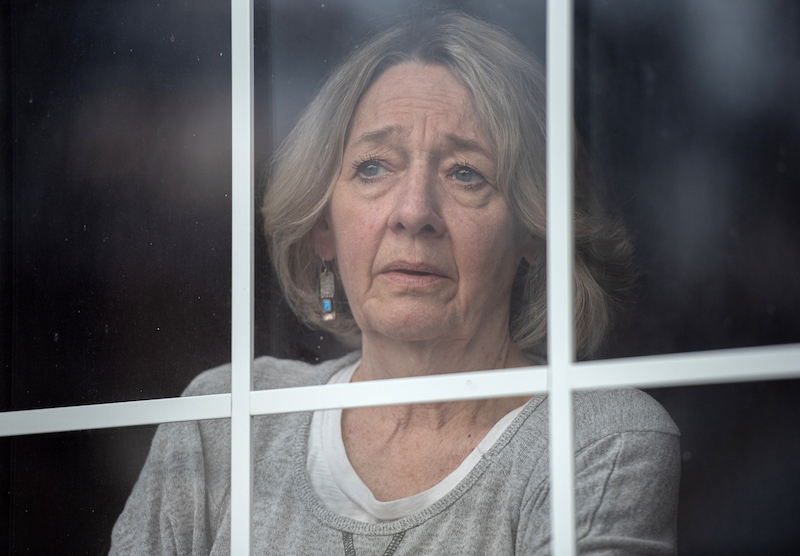 Linda Beaupre gazes out a window of her home.Image: SETH HERALD FOR HUFFPOST

He was not tested for COVID-19 because he had no cough or sore throat, two of its hallmark symptoms. “We totally understood that they were so scarce that they were just being saved for people who had specific symptoms,’’ Linda said.

His fever kind of came and went for the next few days, she said. “He’d feel really, really bad when his fever went up, but then it would go back down.” His appetite was off, and he had chills and aches. But there was no cough.

They watched “Law and Order” reruns and played with their rescue St. Bernard, Annie. Mostly Beaupre napped. Four days went by. Linda canceled her trip to Arizona. By Friday, he was more or less the same.

On March 21, he awoke coughing. Linda insisted they go back to the hospital. “He said, ‘OK.’ He looked so exhausted.’’

This time, Linda drove. It was chilly and windy, with a hint of snow flurries. At the ER, they took his temperature, put a mask on him and brought him through the lone entrance, typically used for ambulances. Linda couldn’t even hug him goodbye.

They first diagnosed him with pneumonia. By Sunday, tests confirmed he had  COVID-19.

Early on, Beau texted his wife, likely with help from the hospital’s nursing staff. “I have just been moved to the ICU ostensibly as a precaution as they try to get my O2 and fever under control. Room 823. Actually, I feel pretty good.”

She called him a few times, but “he’d say things to me, but I couldn’t understand. He didn’t have the energy to enunciate well. I had to keep asking, what did you say? I’m sorry I can’t hear you.”

By Tuesday, texts from Beau “were difficult and brief.” He didn’t have the energy. She sent him a few pictures of their dog, Annie. The nurses at the 8th Floor ICU nursing station also told her to call when she needed to talk. “They were just amazing and so compassionate when they were frustrated by what they didn’t know yet,” Linda said. “And, you know, they were doing everything that they were able to do.’’ 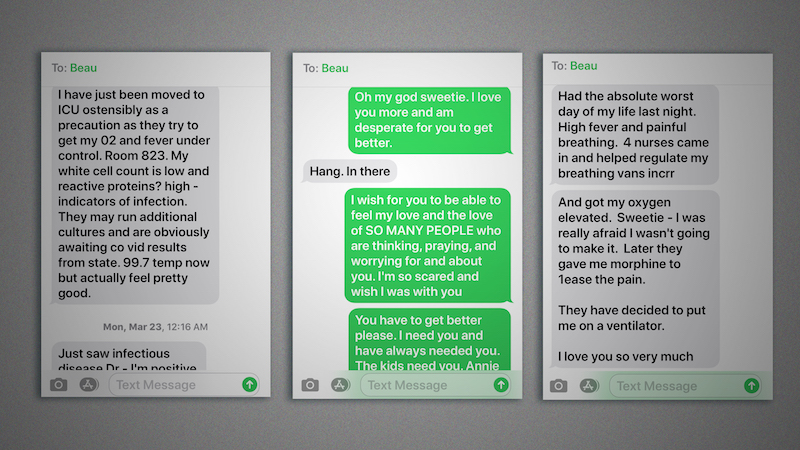 His vital signs were good Tuesday. But that night he started to decline. The staff decided to intubate him.

Her phone pinged at 7 a.m. Wednesday with a text from her husband, likely sent by a nurse. “Had the absolute worst night of my life,” it read. “4 nurses came in and helped regulate my breathing … and got my oxygen elevated. Sweetie ― I was really afraid I wasn’t going to make it.”

The text was a blow to the gut for Linda. “Ventilators in my mind are for people who are not going to make it. This is kind of one step before they die. But then I thought, OK, I’ve read stuff about this before …. There were still reports of people that were vented for a couple of weeks and were able to come off.”

Linda texted him back: “I wish for you to be able to feel my love and the love of SO MANY PEOPLE who are thinking, praying, and worrying for and about you. I’m so scared and wish I was with you. You have to get better please.”

She called the nurses’ station and was told he was resting comfortably. He’d been sedated, but his vital signs remained good. The nurses told her the ventilator would allow his lungs to rest ― it would “give his body the strength to fight the virus.”

Then she got a note from Chadd Mowry, a cardiac nurse at Ascension Rochester and a friend and hockey teammate of her youngest son. He spent so much time at the Beaupre home growing up he was almost like a son, Linda said, but they hadn’t seen him since the boys graduated from high school in 2007.

He’d happened to see Beau’s name on a list of patients, and he texted Linda a photo of the note he left for him: “Hi, Mr. Beaupre. It’s Chadd Mowry . . . I came in to check on you and let you know you are in my thoughts and prayers. Hang in there. I look forward to talking to you after you beat this virus. You got this!”

They kept texting, and Mowry became Beau’s biggest advocate inside the hospital. “I feel so bad about this,” Mowry wrote. “Mr. Beaupre was always so great to me. We loved being at your house. Hang in there.’’

As her husband’s health deteriorated, the hospital let Linda visit. She was taken to a secured area, given a large protective cover-all, a helmet-like head covering and double masks and gloves, and was instructed on how to properly suit up and protect herself. She was told not to touch anything in the room, or him, so she sat bedside, talking to him. 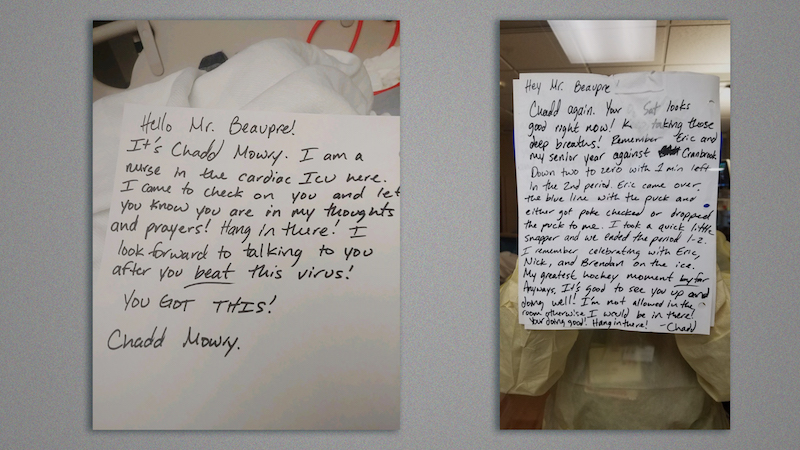 He was unconscious by then, with his hands tucked under a sheet. She sat next to his bed and talked to him for nearly an hour. When she got home, she wrote down more things she wanted to say to her husband ― about their life together, their four sons, hockey, and his love of sailing, woodworking and cabinetry.

His brother, Dave Beaupre, is 18 months older. He said his brother “could do almost anything he put his mind to.” He was an actor, but he also built the sets at the now-defunct Manchester theater where he met Linda. He wrote and acted in a one-man play, “Hem,” about Ernest Hemingway.

“The breadth of his talents just astonished people,” said Dave, who lives just a few miles away from his brother. They talked or texted almost daily, and he last saw his brother two weeks before he was hospitalized.

He never got to say goodbye, but he sent Beau a last text: “I love you bro.’’

‘What Would You Want To Be Done?’

As Beau’s health declined, Linda asked Mowry if there was someplace else he should be.

“They were doing everything they can,” she said, but she asked Mowry, “What if this were your dad? What would you want to be done?”

Mowry said he’d want him transferred to the University of Michigan’s University Hospital, which had technology most other hospitals don’t. Beau’s doctor agreed to a transfer.

But almost three days went by, and Linda heard nothing about the transfer. In the meantime, the hospital tried adjusting his medicines. By then, Beaupre had developed heart issues and his kidneys were beginning to fail; his doctors had tried giving him the anti-malaria drug hydroxychloroquine, which has helped some COVID patients, but caused heart problems in others.

About 10:30 p.m. that Saturday ― seven days after his March 21 admission ― the hospital called to say Beaupre’s transfer had been approved if he could be stabilized and undergo dialysis to shore up his failing kidneys. 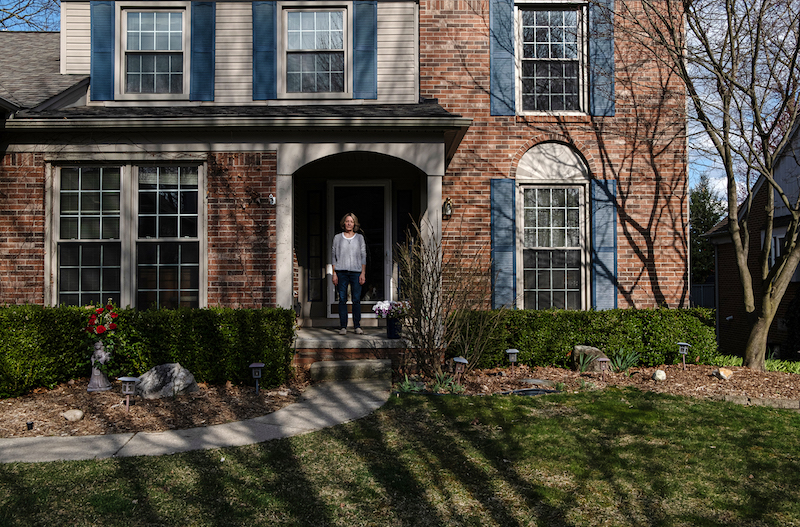 Linda awoke Sunday to a text from Mowry saying the transfer could not happen, even though they’d tried for several hours to stabilize him. That afternoon, a hospital staffer called and invited her to visit again. She stayed for six hours, talking to him about their family and friends, things they’d laughed about over the years, and their plans.

“At one point I said, ‘I’m really sorry that you have to just listen to me talk,’” she said. “It’s a running joke in our marriage that I talk a lot.”

She already knew it was unlikely she’d be with her husband when he died. “The few times I let myself think he might not survive this, I thought it would be the absolute lottery to be there with him when he died.’’

Now Linda mourns at home, alone, except for their St. Bernard. She remains under quarantine and hopes she and her two youngest sons, who live in the area and had seen their father before he was hospitalized, can get a COVID-19 test. Until then, she talks at a distance from her driveway to those who stop by.

She hasn’t decided what to do with her husband’s ashes. She looks forward to having a proper memorial when she can. She’s found talks with friends and family therapeutic, as well as writing about her husband. In his obituary, she listed his many interests, including buying, repairing and selling vintage clocks; reading books in French and listening to a French-speaking Windsor, Ontario, radio station; sailing; and practicing his repertoire of more than 60 songs on his classical, finger-style guitar three to four hours a day.

“The soundtrack of my life is quiet now,” Linda wrote in the obituary. “I will so miss his robust and abiding sense of humor.’’

“He’d talk to everyone,’’ said his brother, Dave. “It doesn’t matter if you were 8 or 98. He was one of the funniest people you’d ever know.”

What gives them some relief is Beaupre himself ― that his life had an impact, that he brought love and joy to everyone left behind.

Patricia Anstett is a medical writer who worked 40 years in newspaper journalism in Chicago, Washington, D.C. and Detroit, her hometown.