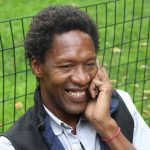 Andre Lambertson is an award-winning photojournalist, and filmmaker committed to documenting stories of transformation. Lambertson has created photo essays on social issues for magazines, books, foundations, and museums, including Time, US News & World Report, Life, National Geographic, Fortune, the New York Times Magazine, the Sunday London Times, VQR, Rolling Stone, the Washington Post, Mother Jones, USA Today, The Ford Foundation, The George Soros Foundation and The Smithsonian Museum, and the Corcoran Museum. His work has also been published in "A Day in The Life of Africa" and "A Day in The Life of The Military." Lambertson received five Picture of the Year awards, the World Press Photo award, an OSI George Soros Media Fellowship, and five separate Pulitzer Center grants on Crisis Reporting for work on child soldiers in West Africa. He received another Pulitzer Center grant in 2010 for a yearlong reporting project in Haiti and shot multimedia pieces that were published in USA Today, The Daily Beast, and TheAtlantic.com. Lambertson and his colleagues at the Pulitzer Center were awarded the National Press Club's Joan Friedenberg Award for Online Journalism for their work in Haiti. Lambertson’s work has been exhibited at the International Center of Photography, The Smithsonian, The Corcoran Gallery and Perpignan, where he was given a special award by Visa Pour L’Image. He recently shot “Skydancer,” a film about a renowned female lama living in a remote Himalayan plateau, and a documentary called “The Whole Gritty City,” about marching bands that help combat teen street violence in New Orleans, which aired on CBS on February 2014. The film won a Christopher award. Last updated June 2018 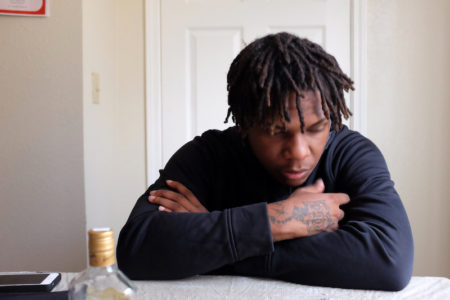