Andrew Gumbel is an award-winning journalist and author with a long track record as an investigative reporter, political columnist, magazine writer and foreign correspondent. He has written extensively about law enforcement and the justice system, about politics and politicians, and about the intersection between entertainment, celebrity and the wider world. His book Oklahoma City: What The Investigation Missed — And Why It Still Matters (HarperCollins) was published to wide acclaim in 2012. Later that year, he published a second book on the Amanda Knox murder case in Italy. He recently completed a thorough revision of his history of electoral corruption in the United States, Down for the Count: Dirty Elections and the Rotten History of Democracy in America, which is being published by The New Press in April 2016. Born in Britain, Andrew spent six years with the international news agency Reuters, then worked for the British dailies The Guardian and The Independent. He was in Berlin when the Wall came down, in Kuwait in the aftermath of the first Gulf War, in Bosnia and Serbia during the wars of the 1990s, and in Italy to watch the political rise of Silvio Berlusconi. Since 1998 he has been based in the United States, breaking stories on subjects as diverse as the 1999 protests against the World Trade Organization in Seattle, the manipulation of intelligence in the lead-up to the Iraq war, the cultural battles over gay marriage, mismanagement at Hollywood’s dedicated retirement facility for former television and film workers, and the growing security threat posed by mass shootings. Andrew remains a regular contributor to The Guardian and the Los Angeles Review of Books. Other pieces have appeared in The Atlantic, The Nation, the Los Angeles Times, Vanity Fair, The Advocate and the Hollywood news website TheWrap. Andrew won a Project Censored award in 2003 for his work on the shortcomings of America’s new-generation computer voting machines. Five years later, he was named best political columnist of 2008 by the Association of Alternative Newspapers for his long-running column American Babylon, which appeared in the now-defunct LA CityBeat. In addition to his work as a writer, Andrew has also developed a strong reputation as a journalism teacher. Gumbel received a first class honors degree in modern languages (French and Italian) from Oxford University. He lives in Santa Monica, California with his wife and three children. Last updated July 2017 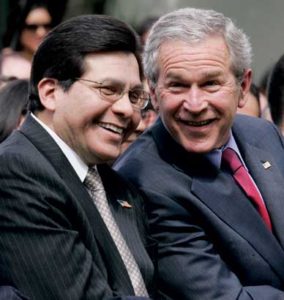