Antonia Juhasz is a leading energy analyst, author, and investigative journalist specializing in oil. An award-winning writer, her articles appear in Newsweek, Rolling Stone, Harper's Magazine, The Atlantic, CNN.com, The Nation, Ms., The Advocate, and more. Juhasz is the author of three books: Black Tide (2011), The Tyranny of Oil (2008), and The Bush Agenda (2006). Her investigations have taken her a mile below the ocean surface in the Gulf of Mexico to the rainforests of the Ecuadoran Amazon, from the deserts of Afghanistan to the fracking fields of North Dakota, from the Alaskan Arctic to the oiled beaches of Santa Barbara, and many more places in between. She holds a Masters Degree in Public Policy from Georgetown University and a Bachelors Degree in Public Policy from Brown University. She is a member of the Society of Environmental Journalists and Investigative Reporters and Editors. Juhasz has been reporting from Standing Rock on the Dakota Access Pipeline for Pacific Standard Magazine and Grist. She recently completed a series of six articles for Newsweek on the UN Paris climate talks, reporting from Alaska, North Dakota and Paris. Her Harper's Magazine feature article, "30 Million Gallons Under the Sea," was a finalist for the 2015 Reed Environmental Writing Award and appears in The Best American Science and Nature Writing 2016 Anthology by Houghton Mifflin Harcourt. Her Advocate Magazine cover article,"What's Wrong with Exxon?" was nominated for a GLAAD Media Award, Outstanding Magazine Article 2013. Juhasz was a 2012-2013 Investigative Journalism Fellow at the Investigative Reporting Program, a working news room at the Graduate School of Journalism at the University of California, Berkeley. She traveled to Afghanistan and Tajikistan, investigating the role of oil and natural gas in the Afghan war. In 2012, Juhasz received funding from The Investigative Fund of The Nation Institute to conduct two on-the-ground investigations into the ongoing impacts of the BP Gulf oil spill. Last updated July 2017 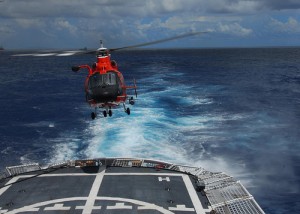