Gaiutra Bahadur is a Guyanese-American writer. She is the author of Coolie Woman: The Odyssey of Indenture, a narrative history of indenture which was shortlisted in 2014 for the Orwell Prize, the British literary prize for political writing that is artful. Her fiction debut, the short story "The Stained Veil," is forthcoming in the anthology Go Home! (New York: Feminist Press, 2018). Her essay about Caribbean New York, “Of Islands and Other Mothers,” appears in the literary atlas Nonstop Metropolis (University of California Press, 2016). She is the recipient of fellowships or residencies from the MacDowell Colony, Harvard’s W.E.B. Du Bois Research Institute, the Rockefeller Foundation's Bellagio Center, the British Library, the Pulitzer Center on Crisis Reporting, the British Society of Authors, the Barbara Deming Memorial Fund and the New Jersey State Council on the Arts. Her work has appeared in The New York Times Book Review, The Nation, The Virginia Quarterly Review, Lapham’s Quarterly, Ms., Dissent, Foreign Policy and The Washington Post. She was a daily newspaper staff writer for a decade, covering politics, immigration and the war in Iraq for the Philadelphia Inquirer and the Austin American-Statesman. For her work as a journalist, she was awarded a NiemanFellowship at Harvard in 2007-2008. Last updated July 2017 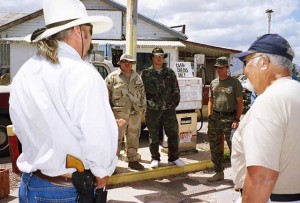