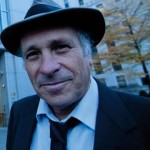 Greg Palast has been called the "most important investigative reporter of our time – up there with Woodward and Bernstein" ( The Guardian ). Palast has broken front-page stories for BBC Television Newsnight, The Guardian, The Nation and Rolling Stone . Greg Palast has just released his new movie: The Best Democracy Money Can Buy: A Tale of Billionaires & Ballot Bandits and the sequel of his New York Times bestselling book with the same title. He has also authored of bestsellers Billionaires & Ballot Bandits, Armed Madhouse , The Best Democracy Money Can Buy and the highly acclaimed Vultures' Picnic, named Book of the Year 2012 on BBC Newsnight Review. Palast is known for complex undercover investigations, spanning five continents, from the Arctic to the Amazon, using the skills he learned over two decades as a top investigator of corporate fraud. In 2000, Palast, working with The Guardian, BBC-TV and The Nation Investigative Fund, discovered how Gov. Jeb Bush and Sec. of State Katherine Harris removed thousands of Black citizens from Florida voter rolls and thereby stole the Presidency for George W. Bush. Some of his other investigations: ● Exposure of financial vultures attacking Argentina, Congo and other nations resulting in changes of laws across the globe (BBC, Guardian) ● The hidden story of BP's Deepwater Horizon blow-out (ARTE, Channel 4 TV) ● The Bush Administration's secret pre-invasion plans for the oil fields of Iraq (BBC, Harper's) ● The Nation 2012 cover story that exposed the secret enrichment of Presidential candidate Mitt Romney by billionaire Paul "The Vulture" Singer. ● Undercover exposé of Enron's purchase of British government favors (UK Story of the Year – Guardian/Observer) "Doggedly independent, undaunted by power. [Palast's] stories bite, they're so relevant they threaten to alter history" – Chicago Tribune Palast, who has led investigations of multi-billion-dollar frauds in the oil, nuclear, power and finance industries for governments on three continents, has an academic side: he is the author of Democracy and Regulation, a seminal treatise on energy corporations and government control, commissioned by the United Nations and based on his lectures at Cambridge University and the University of São Paulo. Palast is also co-author, with Robert F. Kennedy Jr. and Ted Rall, of the bestselling comic book, Steal Back Your Vote. Beginning in the 1970s, having earned his degree in finance at the University of Chicago studying under Milton Friedman and free-trade luminaries, Palast went on to challenge their vision of a New Global Order, working for the United Steelworkers of America, the Enron workers' coalition in Latin America and consumer and environmental groups worldwide. Palast is Patron of the Trinity College Philosophical Society, an honor previously held by Jonathan Swift and Oscar Wilde. His writings have won him the Financial Times David Thomas Prize. Palast won the George Orwell Courage in Journalism Award for his BBC documentary, Bush Family Fortunes, where he exposed the documents proving George W. Bush dodged the Vietnam War draft. Palast is a Puffin Foundation fellow in investigative reporting. Last updated May 2017 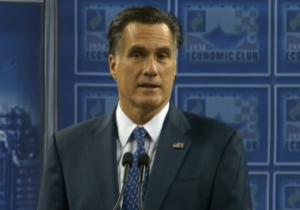