Jeffrey Klein is an investigative journalist who co-founded Mother Jones magazine in 1976. For its first issue he wrote a piece that won a National Magazine Award. He helped force the resignation of Ronald Reagan’s chief foreign policy advisor, Richard V. Allen, at the 1980 Republican National Convention. Reporting for the San Jose Mercury News from 1983-92, he investigated the Pentagon’s secret programs to dominate space. Returning in the 1990s to be Mother Jones’ editor-in-chief, Klein directed exposés of Newt Gingrich, Bob Dole and Donald Sipple, the Republican's star image-maker. The investigative series on Speaker Gingrich led to his unprecedented public reprimand by the United States House of Representatives and a $300,000 fine. In 2005, he co-produced a series for the NewsHour with Jim Lehrer on China’s rising economy that won a Gerald Loeb Award. Last updated May 2017 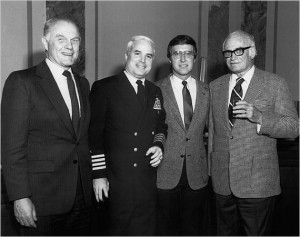