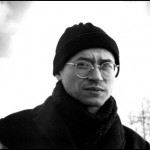 Joe Sacco is a Maltese citizen currently residing in Portland, OR where he makes his living as a cartoonist and journalist. Sacco received his bachelor of arts degree in journalism at the University of Oregon in 1981. Two years later he returned to his native Malta, where his first professional cartooning work (a series of romance comics) was published. After relocating back to Portland, he co-edited and co-published the monthly comics newspaper Portland Permanent Press from 1985 to 1986; PPP lasted 15 issues, and included early work by such cartoonists as John Callahan and J.R. Williams. In 1986, Sacco moved to the Los Angeles area, where he worked on staff for Fantagraphics Books, editing the news section for the trade publication The Comics Journal and creating the satirical comic magazine Centrifugal Bumble-Puppy. From 1988 to 1992, Sacco criss-crossed the globe, producing six issues of his own comic book Yahoo for Fantagraphics Books as he traveled. He returned to Malta for a half a year; he spent a couple of months traveling around Europe with a rock band (an experience he recorded in the story “In the Company of Long Hair” for Yahoo #2, since included in his collection Notes from a Defeatist); he lived for close to two years in Berlin, where he drew dozens of record sleeves and posters for German record labels and concert promoters; and, in late 1991 and early 1992, he spent two months in Israel and the occupied territories, traveling and taking notes. When he finally returned again to Portland in mid-1992, it was with the intention of communicating what he had witnessed and heard during his Mid-Eastern jaunt — to combine the techniques of eyewitness reportage with the medium of comics storytelling to explore this complex, emotionally weighted situation. Palestine, the first issue of which was released in January, 1993, was the result. In the years subsequent to the release of Palestine, Sacco has gained widespread praise for the depth of his research, the sensitivity of his handling of a delicate subject, as well as for the craft exhibited in his dynamic, sophisticated layouts and bold narrative. Palestine set new standards for the use of the comic book as a documentary medium, and was the first non-fiction graphic novel to invite serious comparison with Art Spiegelman's Pulitzer Prize-winning Maus. Last updated July 2017 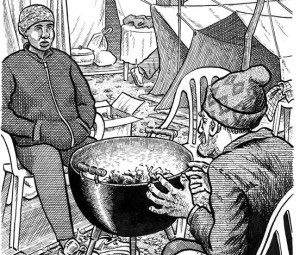