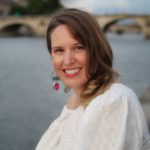 Liz Donovan currently reports on climate and environmental justice in New York City for City Limits as a Report for America corps member. She previously worked as a fellow for the Global Migration Project with Columbia Journalism Investigations and as a magazine editor. She holds two master’s degrees, from the Columbia University Graduate School of Journalism and Sciences Po École de Journalism in Paris as an Émile Boutmy scholar. In France, she interned on the climate and environment desk at Agence France-Presse and reported on asylum seekers. Her writing has appeared in The Intercept, Documented and The Week. She also teaches reporting and editing to high school students at The School of The New York Times.