Marc Perelman is the French affairs editor with France 24, an international all-news TV station based in Paris. He was previously based in New York, where for eight years he was the diplomatic correspondent for The Forward, the main national Jewish weekly in America, and wrote for a variety of U.S. publications such as The International Herald Tribune, Fortune magazine and The Nation, as well as French media such as Le Monde magazine and Marianne.  In addition to covering Middle East affairs, terrorism and the United Nations, he has reported extensively in South America, Europe and Africa.  He received an award in the category "best investigative news article" from the New York Independent Press association in 2004 and in 2005, as well as an award from the American Jewish Press Association in the category "excellence in comprehensive coverage or investigative reporting" in 2001. He holds a master's degree in international affairs from Columbia University in New York, a master's degrees in international law from the Sorbonne University in Paris. He also has a postgraduate on Eastern European studies and master's degree in political science from the Institute of Political Sciences in Paris. Last updated July 2017 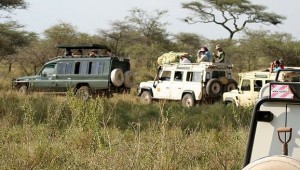