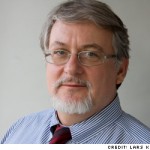 Marcus Stern was a reporter at ProPublica. Previously, he had worked for Copley News Service in Washington, D.C. since 1983. In 2006, he shared the Pulitzer Prize and George Polk Award for his role in breaking the story of former Rep. Randy "Duke" Cunningham's wide-ranging corruption. Stern has also reported extensively from Iraq and other conflict zones. He spent most of the 1990s covering immigration issues for Copley. Last updated July 2017