Mark Hertsgaard is the investigative editor and the environment correspondent of The Nation and the author of seven books that have been published in sixteen languages, including On Bended Knee: The Press and the Reagan Presidency; A Day In The Life: The Music and Artistry of The Beatles; Earth Odyssey: Around the World In Search of Our Environmental Future; HOT: Living Through the Next Fifty Years on Earth and Bravehearts: Whistleblowing in the Age of Snowden. His next book is, Shot In New Orleans: A Story of Music, Guns and Race in the Soul of America. Hertsgaard has reported from twenty-five countries and much of the United States about politics, culture, the environment, climate change and international affairs for outlets including The New Yorker, Vanity Fair, Mother Jones, Rolling Stone, The Atlantic, Bloomberg Businessweek, Time, Newsweek, Harper’s, The Daily Beast, NPR, the BBC, The Guardian, Le Monde Diplomatique, Der Spiegel, Die Zeit, La Repubblica, L’espresso and Newsweek Japan. He has been a commentator for the public radio programs Morning Edition, Marketplace and Living On Earth and hosted an investigative news program for the national satellite channel Link TV. He has appeared on hundreds of radio and television programs in the US and abroad and taught writing at Johns Hopkins University and the University of California Berkeley School of Journalism. He lives in San Francisco. Last updated July 2017 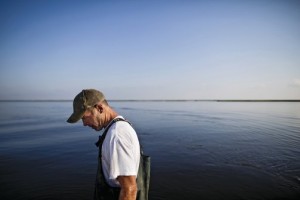