Matthew Cole is an investigative journalist with The Intercept, specializing in national security and intelligence issues. Most recently, Cole worked as a television producer at ABC News’ investigative unit. There, he garnered two Emmy nominations in 2011 for his coverage of the CIA and an al Qaeda terrorist plot. His work has aired on Good Morning America, World News Tonight and Nightline. While at ABC News, Cole broke several international stories, which include a CIA secret prison in Lithuania, and revelations that a missing Iranian nuclear scientist had in fact defected to the US for the CIA. Cole has covered Blackwater, mercenaries, the expansion of JSOC, the CIA, and war crimes in Afghanistan. Prior to ABC, Cole was a contributing writer at ESPN the Magazine, and wrote features for GQ, New York, Salon, and Details among others. His work has been cited by the annual Best Sports Writing. Cole has filed or produced from Afghanistan and Pakistan, as well as reporting in Egypt, Jordan, Dubai, Thailand, Lithuania, Italy and Panama. Cole graduated from Sarah Lawrence College and received a master’s degree in journalism from Columbia University. He resides in New York. Last updated July 2017 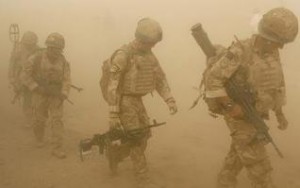