Maura R. O'Connor is a freelance foreign correspondent whose interests range from foreign policy, international development, science and ethics. Her work has appeared online in the Atavist, Slate, Foreign Policy, The New Yorker, Nautilus, and Harper's.  Her first book, Resurrection Science: Conservation, De-Extinction and the Precarious Future of Wild Things, was published by St. Martin's Press and was one of Library Journal and Amazon's Best Books of 2015. She is currently at work on her second book for St. Martin's, an exploration of navigation traditions, neuroscience, and the diversity of human relationships to space, time, and memory. Her reporting has been supported by institutions such as the the Pulitzer Center on Crisis Reporting, The Nation Institute's Investigative Fund, and the Alfred P. Sloan's Program for the Public Understanding of Science, Technology, & Economics. She is a graduate of Columbia University's Graduate School of Journalism. Last updated July 2017 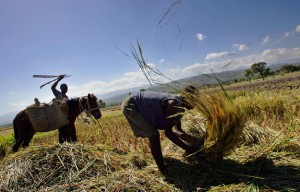