Michelle Goldberg is a journalist and author based in Brooklyn, New York. She is currently a senior contributing writer for Slate.com. Her first book, the New York Times bestseller Kingdom Coming: The Rise of Christian Nationalism (WW Norton), delved into some of the reddest precincts of the United States to expose the ascendant politico-religious fundamentalism dominating the Republican Party and, at the time, the Bush administration. In a starred review, Publishers Weekly called it “an impressive piece of lucid journalism…carefully researched and riveting.” It was a finalist for the 2007 New York Public Library Helen Bernstein Award for Excellence in Journalism. After Kingdom Coming came out, Goldberg spent the next two years traveling the globe to research The Means of Reproduction: Sex, Power and the Future of the World which Penguin Press published in 2009. Reported from four continents, The Means of Reproduction is about the international battle over reproductive rights. Women’s freedom, Goldberg argues, is key to addressing both overpopulation and rapid population decline, helping the third world climb out of poverty and retarding the spread of AIDS. Yet attempts to improve women's status and give them greater control over their own bodies elicit fierce opposition from conservatives who see women's submission as key to their own identity. In 2008, The Means of Reproduction won the J. Anthony Lukas Work-in-Progress Award . The judges described it as “a book of vaulting ambition and intellectual passion. Michelle Goldberg looks at literally the entire world through the prism of women's issues and women's rights. From abortion to female circumcision, from sexual trafficking to abstinence-only programs, from Poland to Ethiopia to Nicaragua, she examines the conflict between self-determination and patriarchal tradition.” Before she started writing books, Goldberg was a senior writer for Salon.com. Her work has also appeared in The New Yorker, The New York Times Book Review, Glamour, Rolling Stone, The Nation, New York, The Guardian (UK) and The New Republic. She has reported from countries including Uganda, Jordan, Egypt, Iraq, India and Argentina. Goldberg has taught at NYU’s Graduate School of Journalism, lectured throughout the United States and in Europe, and has been interviewed on many radio and television shows, including Fresh Air with Terry Gross, Larry King Live, Real Time with Bill Maher, Hardball and The Last Word. She lives in Brooklyn with her husband and children. Last updated July 2017 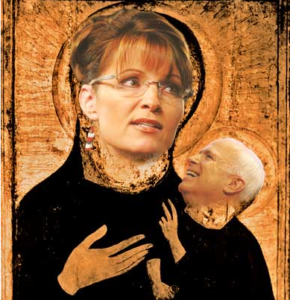