Roxana Olivera is an award-winning investigative journalist based in Toronto, Canada. During the 2017-18 academic year, Olivera will participate in Osgoode Hall Law School's Journalist In Residence Program at York University in Toronto. Olivera’s reporting has appeared in digital, broadcast and print media. Her radio documentary, The Good Italian?, which she produced with Steve Wadhams, won a bronze medal at the New York Festival’s International Radio Program Awards for the World’s Best Radio Programs in 2014. Her feature, Standing Up to Big Gold, which was published in the United Church Observer, received an award of excellence from the Associated Church Press in Chicago in 2014. More recently, she formed part of the investigative team of the International Consortium of Investigative Journalists (ICIJ) that carried out an investigation – Evicted and Abandoned: The World Bank’s Broken Promise to the Poor – which received several awards, including the prestigious Al Neuharth Innovation in Investigative Journalism Award. Last updated July 2017 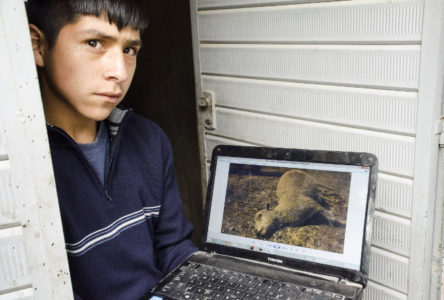