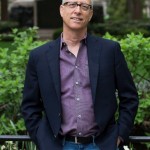 Russ Baker is regarded as one of the world’s most indefatigable investigative reporters. He has written for The Nation, The New York Times, The Los Angeles Times, Vanity Fair, The New Yorker, Salon, Esquire, The Guardian, and the Village Voice, among others. He is author of the bestseller, Family of Secrets: The Bush Dynasty, America’s Invisible Government and the Hidden History of the Last Fifty Years, which the late Gore Vidal called “One of the most important books of the past ten years.” Family of Secrets has also been praised by Bill Moyers and Dan Rather as revealing an entirely new and unknown recent history of events in the United States. Russ is founder and editor-in-chief of WhoWhatWhy, a nonprofit, nonpartisan investigative news and analysis site that explores stories, topics and angles missed or ignored by the rest of the media. As Moyers said, “a lot of us look to Russ to tell us what we didn’t know. “ Russ has a bachelor’s degree in Political Science from UCLA and a Master’s in Journalism from Columbia University. He lives in New York City. He is working on his next book. Last updated July 2017 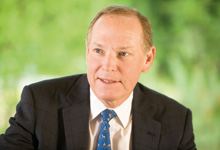