Sarah Jaffe is a Nation Institute fellow and an independent journalist covering labor, economic justice, social movements, politics, gender, and pop culture. She is the author of Necessary Trouble: Americans In Revolt (Nation Books 2016), which was a New York Times editor's choice and the Washington Post called "a necessary read." Her work has appeared in The Nation, Salon, The Week, the American Prospect, The Washington Post, The Atlantic, and many other publications. She is the co-host, with Michelle Chen, of Dissent magazine's Belabored podcast, as well as an editorial board member at Dissent and a columnist at New Labor Forum. Jaffe was formerly a staff writer at In These Times and the labor editor at AlterNet. She was a contributing editor on The 99%: How the Occupy Wall Street Movement is Changing America, from AlterNet books, as well as a contributor to the anthologies At the Tea Party and Tales of Two Cities, both from OR Books. She was also the web director at GRITtv with Laura Flanders. She was one of the first reporters to cover Occupy Wall Street and the Fight for $15, has appeared on numerous radio and television programs to discuss topics ranging from the 2014 elections to Superstorm Sandy, from punk rock to public-sector unions. She has a master's degree in journalism from Temple University in Philadelphia and a bachelor's degree in English from Loyola University New Orleans. Sarah was born and raised in Massachusetts and has also lived in South Carolina, Louisiana, Colorado, and Pennsylvania, and currently calls New York home. Last updated July 2017 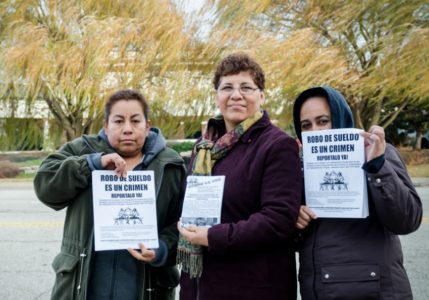