Tom Barry is a senior analyst at the Center for International Policy in Washington, DC, where he directs its TransBorder Project. Barry, who lives in southwestern New Mexico, co-founded the International Relations Center — 1979-2007 — where he helped establish its Foreign Policy in Focus, Americas Policy, Global Good Neighbor, and Right Web programs. Barry has authored and coauthored numerous books about the U.S.-Mexico borderlands and Latin America, including Mexico: A Country Guide, Zapata's Revenge, Crossing the Line, The Challenge of Cross-Border Environmentalism, Feeding the Crisis: Food Aid and the Farm Crisis in Central America, and The Great Divide. He has written extensively on U.S. immigration, trade, aid, and foreign policy. Barry produces the BorderLines Blog. His investigative article in The Boston Review, "A Death in Texas," was a National Magazine Award finalist in 2009. He speaks about immigration and border security issues to national and international audiences. Last updated July 2017 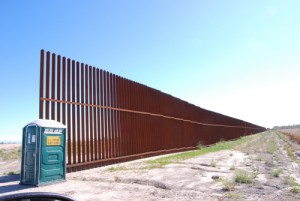