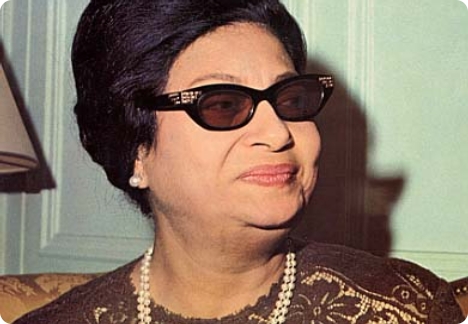 Sheik Mohammed Farahat was waiting patiently for me when we met for dinner recently in downtown Cairo. He is a prominent Salafi cleric, which means he and his followers interpret Islam with a rather antique set of reference points. Specifically, they live and worship as they believe the Prophet Mohammed and his followers did during the formative years of Islam. The consequences of this are mixed: while the Muslim world during the Middle Ages was commendably tolerant and the epicenter of global commerce, it was also a brutal place with violent punishment for less than capital crimes such as adultery and theft.

Until my dinner with Farahat, I’d never come across a Salafi in a dozen years of reporting from Egypt. Egypt has no shortage of religious fundamentalists, including an architect or two of what would become Al Qaeda. But the Salafis are a different species entirely, more doctrinaire when it comes to social mores than the bourgeois Muslim Brotherhood, and emphatically opposed to the terrorism embraced by Al Qaeda and other radical groups. Their jihad, it seems, is to restore in their minds and communities what they believe is the purity and sanctity of Islam during its seventh-century genesis.

Since the eviction of dictator Hosni Mubarak in a non-violent coup seven months ago, Egypt’s Salafis have enjoyed a spiritual as well as political revival. This was one of the more surprising byproducts of the uprising, as in principle Salafis confine themselves to religious study and generally eschew temporal affairs of state. Since the rebellion, however, several Salafi political parties have emerged and they are expected to field candidates in national elections in the fall. In late June, a demonstration promoted as a national unity rally was quickly overrun by tens of thousands of well-organized Salafis activists. Not only were secular protestors stunned by their numbers and discipline, they scandalized members of the entrenched Muslim Brotherhood, which is expected to garner a plurality of parliamentary seats in the upcoming elections. The comparably mainstream group had hoped to appeal to conservative voters by associating with Salafi leaders, only to alienate the vast Egyptian middle with the specter of bearded zealots in Tahrir Square, waving copies of the Koran and agitating for sharia law.

Until now a loose coalition of various congregations, political Salafism in Egypt is slowly cohering around clerics such as Magdi Hussein. In 2008, Hussein was arrested by Egyptian security forces for preaching in Israeli-blockaded Gaza after the crossing that links the Palestinian enclave and Egypt’s Sinai Peninsula was briefly opened. Released after Mubarak’s removal, he is now the leader of El Amal, the Islamic Labor Party.

Farahat himself is a Hussein acolyte. With Mubarak gone, he briefly considered launching his own party but instead joined El Amal. A well-known television personality, Farahat discusses religious affairs on two satellite channels financed by Saudi investors and he is frequently recognized on Cairo’s busy streets. On his recommendation, we met on a temperate Friday evening in June at Felfela, a popular restaurant near Tahrir Square.

Farahat has the expansive charm typical of televangelists of all faiths and sects. With his long and thickly hennaed beard, intricately embroidered skullcap, and crisply starched and presseddishdasha, he cut an elegant but conspicuous profile among Felfela’s largely secular clientele. He took my hand and shook it vigorously, clearly relishing the chance to explain his faith to an infidel — and an American one at that.

“Islam is the only truly international religion,” he began. “It is embraced by all the world and by all its minorities. Christianity espouses the killing of Jews, socialist ideology celebrates the group over the individual and capitalism does the opposite. Islam is equal across the board.”

Farahat then told me about the time he spent in Tahrir Square with thousands of fellow dissidents in defiance of Mubarak and his regime. He attended the protests daily throughout the eighteen-day siege, he said, sharing meals and stories of Mubarak’s treachery with every spectrum of Egyptian humanity: Christians and atheists, rich and poor, young and old. “I was taken completely by surprise by this headless movement,” he said. “Those who had been silent had risen together and when it was over it was a miracle.”

But the revolution has given way to an increasingly opaque future. Political parties who lack the Islamists’ social networks, a potent and highly deployable asset, are calling for postponement of the fall elections. The Salafis themselves have assumed a spoiler role; they may partner up with the Muslim Brotherhood — though the June demonstration clearly strained relations between the two groups — or they may remain independent and cherry-pick support from the Brotherhood’s right flank.

“We all follow the same principles,” Farahat said of the Salafis and the Ikhwan, as the Muslim Brotherhood is known in Arabic. “But whereas we follow the texts literally, the Ikhwan tends to maneuver politically. They are very Machiavellian, while we Salafis have not been smart about how we express our vision because we have been isolated.”

Was isolation really the problem, I asked, or was it Salafism’s seventh-century answers for twenty-first century questions?

Salafis, Farahat assured me, were very much both in and of the post-modern world. He himself is a successful speculator in real estate and his daughter is an upwardly mobile executive in the information technology sector.

But what of the Salafis’ extreme punishment for petty thievery, fraternizing among the sexes, and the drinking of alcohol? Would a Salafi Republic of Egypt render itself dry, thus all but bankrupting the tourism trade? (I had, by the way, checked my impulse to order a glass of Chablis with dinner. Wittingly or not, Farahat had chosen a restaurant that serves beer and wine.)

Farahat shook his head and smiled wryly. “There are things that are hadud or beyond debate,” he said. “There is punishment for the sake of protecting the mind, such as the banning of alcohol, as well as constant things like family and honor. In this all religions agree. But you don’t even begin to cut people’s hands off for stealing until after a full inquiry into the felon’s employment and financial situation can be held. If, for example, it can be proven that he could not find work and had no money and was forced to steal, his hand is spared. In the first 400 years of Islam, there were only ten such cases of hand chopping.”

What of the ban on liquor? Why would westerners come to Egypt if they were forbidden to have a cocktail in their hotel bar and women were forced to cover themselves?

Again, the wry smile, uncluttered by doubt. “Islam is not against tourism,” he said. “The foreigners who come here would be respected so long as they keep their alcohol concealed in their luggage and confine their drinking to their rooms. Otherwise, it’s eighty lashes.”

“Women must only reveal their faces and hands in order not to incite our shabab, or restless young men. Needless to say, there must be no public displays of affection either.”

When you find yourself in a hole, so goes the old saying, stop digging. But deeper Farahat dug. Once in control of government, he said, Islamists would close down the international schools popular with Cairo’s expatriate community and its well-to-do Egyptian families. “These schools have done nothing for us,” he said. “Young people are being pulled into a culture that is not their own.” Egypt’s peace treaty with Israel, the country’s foundation of economic stability for more than three decades, would be scrapped and a two-state solution to the Palestine question would be possible only if they were allowed an army of their own. “Otherwise, I will field an army of Mujaheddin,” he said. “The solution will be imposed by force with five million volunteers.” Egyptian Copts, the country’s ancient Christian sect that accounts for ten percent of the population, would be allowed to co-exist with their Muslim compatriots “as long as they don’t violate the constants of sharia law.”

I asked for the bill. While we waited I asked Farahat to handicap the likely results of the upcoming election. In gathering his thoughts, he inhaled deeply and then exhaled, as if in preparation for a long-distance swim.

“In the end our government will be Islamist,” he said finally. “The past era was one of secular liberalism and it was filled with nothing but crises.”

Farahat may represent an important constituency in the nebulae of political persuasions now rotating around free Egypt, but I doubt it will prevail. For one thing, Salafi parochialism is very much at odds with Medieval Islam, which borrowed heavily from the Jews and Christians for its scripture, the Greeks for its philosophy, the Romans for its infrastructure, and the Persians and Chinese for its art and literature. To imply, as Farahat did, that the only good Christian is a prostrate one and to shut down centers of learning for their foreign provenance is profoundly un-Islamic, at least as Islam was practiced from the eighth century to the post-Ottoman era.

Some years ago, while eating breakfast at a hostel in Damascus, I watched on satellite television a retrospective of performances by Oum Kalthoum, the great Egyptian songstress who galvanized audiences worldwide throughout the mid-twentieth century. What struck me most about the broadcast, aside from Kalthoum herself, was the audience as it was occasionally panned by the camera. Of the thousands of attendees seated in what I assumed was the Cairo Opera House, not a single women was covered. Indeed, everyone was dressed in what seemed to be the latest fashions from Europe. Here was forensic proof of Egypt’s native secularism, a tradition that predates the Islamist revival rooted in the Anglo-French partition of the Arab world after World War I. Free to express themselves in post-Mubarak Egypt, Farahat and his Salafi brethren would expel curiosity, empathy, irony, and aestheticism from the arsenal of human emotions that is the very foundation of Egyptian identity. And that is a lousy platform to run on.

Stephen Glain is a Paris-based journalist.