To investigate the impact of climate-driven disasters on communities and whether they’re receiving the assistance they need, we compiled data from federal agencies to assess 1) how many climate-fueled disasters a county had experienced, 2) how much disaster preparedness funding they had received through the Federal Emergency Management Agency and 3) what each county looked like demographically. 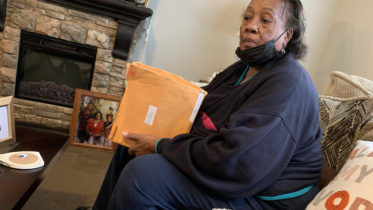 We ultimately defined hard-hit counties as those that had three or more federally declared major wildfire, hurricane or flooding disasters in the last five calendar years (from 2017 to 2021), because we’re primarily interested in places that are currently facing intensifying disasters. Because the FEMA spending data was provided by fiscal year, we also looked at the demographics of counties that were hard hit over the five fiscal years ending in 2020.

FEMA has moved more people out of flood zones through its buyouts than any other federal agency, acquiring some 50,000 properties since the Hazard Mitigation Assistance programs began funding buyouts in 1989.

To measure that spending, we used FEMA’s Hazard Mitigation Assistance projects data. We calculated the total spent in each county and the per-person tally.

FEMA noted a limitation to its dataset: In some cases, projects were carried out in multiple counties. The FEMA staffer who manages this dataset said there were relatively few such projects and the primary county listed is a good estimate for the amount spent in each county.

Side note: FEMA’s data included a grant of $518 million in Greene County, New York, which the county had no record of receiving. We suppressed that grant from the total amount for Greene, leaving the county with 17 other grants totaling about $4.6 million over the three-decade period.

We also obtained a dataset through a Freedom of Information Act request of completed FEMA buyouts by address from the start of the Hazard Mitigation Assistance programs in 1989 through 2017. The data contained some inconsistencies, such as misspelled place names. After correcting those issues, we totaled buyouts by county. This information is searchable in the dataset embedded in our story.

To assess communities’ ability to relocate, we added several demographic measures to our data:

How we used this data

The data helped us identify communities for field reporting, focusing on those that were hard hit by disasters, had received little assistance through FEMA’s programs and appeared, based on demographic and socioeconomic data, less likely to be able to relocate without government assistance.

This led us to focus on certain communities in Louisiana and the Carolinas pummeled by hurricanes, counties in California hard hit by wildfires and communities in the Midwest repeatedly hit by river flooding.

We also analyzed the demographic data alongside the disaster and spending data to determine whether federal aid was disproportionately benefiting certain types of communities.

For that finding, we compared FEMA hazard mitigation spending over the five fiscal years ending in fall 2020, the most recent time frame with robust data, to disaster declarations over that same period.

We also analyzed FEMA spending over the entire period for which any hazard mitigation project data is available (1989 through 2021). The findings were similar for both time spans.

Additionally, we worked with Carolynne Hultquist, a disaster researcher at Columbia University, to perform a regression analysis across various states. This assessed the relationship between climate disasters over a 30-year timeframe to the demographic makeup of the counties within those states. This allowed us to say, for example, that in Virginia, counties with a greater share of Black residents were much more likely to have experienced a higher number of hurricanes or floods over the past 30 years.

Our searchable county-by-county dataset is here.

Alex Lubben is a 2021 graduate of the Science M.A. program at Columbia University. He reports on climate change and environmental policy and previously was a reporter for Vice News.