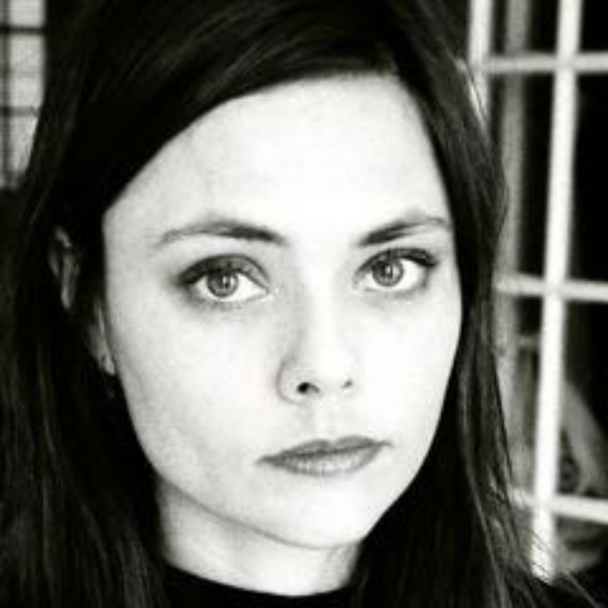 For more than two years, environmental reporter Heather Rogers has been traveling the globe, from Brazil and Paraguay to India and Indonesia, probing what the new green economy looks like on the ground. For her Investigative Fund article, “Slash and Burn,” published in Mother Jones, Rogers traveled to remote old-growth forests on the island of Borneo to view first-hand what the boom in biofuel crops means on the ground. Here she speaks with Nation Institute intern Andrea D’Cruz about weathering tropical thunderstorms in a tiny boat, traveling alone as a woman, and cultivating sources among villagers who have very little contact with Westerners. —Eds.

Andrea D‘Cruz: How did you get into the story of the people of Pareh? I guess that you’ve already been working on the general issue delving into biofuels and deforestation, but how did you identify this particular case, this remote village of 60 wooden houses?

Heather Rogers: Well, I was researching deforestation for the expansion of cropland to supply the biofuels industry and a lot of that was happening in Indonesia and Borneo because palm oil is a good material for making biodiesel. So I went to Borneo and somehow found my way to Pareh, which is a pretty remote village about a seven-hour car ride and a two-hour boat ride from the nearest major town.

D‘Cruz: So you sort of heard that this was going on now and you just followed?

Rogers: There’s a really amazing environmental group there. They have offices all over Indonesia but they also have an office in Borneo, and I worked with them to figure out what would be the most advantageous places to go.

D‘Cruz: It was a truly remote village. You had to travel up the Kumba River on this traditional boat. How was that experience?

Rogers: It was fascinating. A thunderstorm hit just after we took off, and we didn’t get there until the evening so there was lighting and rain and the sun was going down and the boat driver couldn’t see where we were going and it was, you know, it was exciting.

D‘Cruz: The indigenous people from Pareh, from the village, they seem to have provided a lot of the reporting themselves. They found this map from the company that showed land that the company was planning to seize — quite scary — and told you other important facts. When you came to Pareh, did you experience any difficulties initially sort of being an outsider, being a Westerner, and particularly being a woman? Was that a problem?

Rogers: It wasn’t, although they did tease me about different things, like having long legs and they kept telling me I was skinny, that I needed to eat more. But besides that there are, I think, a lot of the subtleties I don’t pick up on because of the language and because I can’t read the cultural cues, necessarily. Basically some of the hardest parts of doing reporting from really remote places on my own has to do with just figuring out who I can trust, and even though there are a lot of cues that I can’t be sure of, a really important part of it is just paying attention to what the situation feels like. You really have to trust people, and you just see how each person interacts with someone that you’re pretty sure you do trust. There’s definitely an element of risk involved.

D‘Cruz: On the issue of trust, these villages where they are quite unaccustomed to having outside media attention, did you feel you have to build up their trust so that they would confide in you or share their experiences and these things with you?

Rogers: I never felt like anybody was very evasive. Everybody I met wanted to tell their story, and they all said, ‘You know we want you to take this story and tell it to other people so that they know what’s happening here,’ because they had a very strong sense of the injustice of their forest being cleared without their permission and being dispossessed. They really were very clear that they wanted people to know.

D‘Cruz: With these people you took this quite perilous journey described from the community to the land that was being seized by the oil palm company and then you sort of stumbled across the sounds of chainsaws felling trees and then you witnessed one of the villagers being propositioned by somebody from the company. Had you expected to find such a thing or was it just a stroke of luck for your investigation that you found this?

Rogers: I guess you can call it a stroke of luck. It’s a depressing stroke of luck. So basically there was a meeting, when we got to Pareh, there was a meeting that night. We stayed with the head of the village, and he called the village men to a meeting at his house and everyone came in and he didn’t have any furniture so we sat on the floor in the dark with candles, no electricity, and drank tea and talked until 3 in the morning. And as everyone was telling me different stories and talking to me about what it’s like to live there, and when they were talking about the deforestation that’s happening on the edge of the forest, one of the elders asked anyone if they had been out to the edge of the forest. And this one guy in particular said ‘Yeah I was there recently and nothing is going on. The deforestation has stopped.’

Then, the next day, we decided, the next morning to take motorcycles out to the edge of the forest, just to check it out because I wanted to see it. So we rode out there and when we got there we came across an encampment, a chainsaw crew’s encampment, where the people had recently, you know we found a pot of freshly cooked rice and it was clear people had been there, and my guide said they were probably hiding in the woods because they heard us coming. But we continued on the road and that’s when we came across the chainsaw crew, and it turns out that the guy in charge of the chainsaw crew was the guy in the meeting the night before who had said, ‘I’ve been up there, there’s nothing going on.’ And he’s the brother-in-law of the head of the village. So there’s this struggle within these communities over what to do. You know they’re getting offered payments from the palm oil plantations to destroy their own forest, and some people will say yes and go against the community and that creates, there’s a technical term for it, ‘horizontal conflict’ in these communities.

D‘Cruz: The other illegal, and quite immoral, practices of the company Wilmar that you briefly mentioned in your piece, the things they’ve been doing in other places in Indonesia, was that widely known or open information? Or you just have to dig for that?

Roger: Wilmar is pretty notorious in Indonesia. They have been going into native forests throughout Sumatra and increasingly on Borneo, so they’re the biggest oil palm plantation company and palm oil refiner in that region, and so they’re very prominent. And Wilmar also has a very poor record among the social justice and environmental justice groups who keep tabs on what’s happening in the oil palm industry. There are, of course, other companies. Wilmar is partially owned by Archer Daniels Midland, and there are other Malaysian and Indonesian palm oil refiners and growers who are owned by smaller companies that are doing just as terrible things, you know, clearing forests and enslaving workers and using the military to repress resistance by indigenous people and villagers. So there’s this whole host of techniques that get used to grab land and push people out.

D‘Cruz: Part of the article talks about more general and international issues around biofuels, deforestation, and CO2, how the reality is very different from this relatively environmentally-friendly image that they’ve been ascribed. Did you come into this story with a background scientific knowledge of this or did you have to gain that?

Rogers: I definitely had to gain that. It’s been a steep learning curve, but I think that’s an advantage because I think a lot of people who read the kind of articles that I write don’t know the ins and outs of it, don’t know the technical aspects of it, and so I feel like I’m more able to translate it. I think that’s really useful because a lot of the time writing about these subjects is so dry and inaccessible, and when it is accessible, it’s often boring. So I hopefully am able to bring a perspective to it that allows it to be as fascinating as it is.

D‘Cruz: In your piece, you quote facts and figures from various environmental groups, like Greenpeace and the Center for International Forestry Research, and you were talking about the importance of the Indonesian group to this piece. Can you talk a bit more about the role that these various environmental groups played in pulling together the article?

Rogers: It’s not always this way. Other stories I’ve worked on, especially in developing countries, there isn’t always this kind of infrastructure. In Indonesia, the environmental and social justice movements are very developed and very coordinated, they communicate with each other. I’ve never really seen anything like it. They were incredible helpful. They had a lot of information, and it made the reporting I did much easier. I also did reporting on my own, without people from these organizations around because I think it’s important to not always be seen with them, because then you can get other perspectives and that was very beneficial, too. It was incredibly helpful; when I haven’t had that kind of support and that sort of pathway in, it’s been a very different kind of experience, so in Indonesia it’s unique I think.

D‘Cruz: Just to finish, could you talk about the work that you are doing now or since this Mother Jones piece and how that fits in?

Rogers: The Mother Jones piece is related to a book that I’ve just finished writing that’s coming out in April from Scribner, and the book takes a closer look at various solutions to global warming and the environmental crisis. And the solutions that are being embraced currently are market-based solutions and so what I’m doing is going in like with biofuels and looking at what does it mean. You know this is good for the market, it fits into market structures and we’re told that it’s also good for the environment and probably has social benefits as well, but when you actually implement this, what happens? What happens on the ground in these places where people in the United States filling their tanks with biodiesel or people in Europe filling their cars with biodiesel can’t see. You choose regular or some kind of biofuel at the pump—you’ve no idea what goes on behind that. The project of the book is just to investigate what’s actually going on, what are the environmental impacts, and also what are other things that are happening that are working but aren’t being embraced by the market and what are the barriers to that. Why is the market so inflexible that it can’t allow for other solutions that are more environmentally and socially beneficial to play a greater role in how we’re addressing environmental crisis.

Heather Rogers is a Brooklyn-based journalist and author.