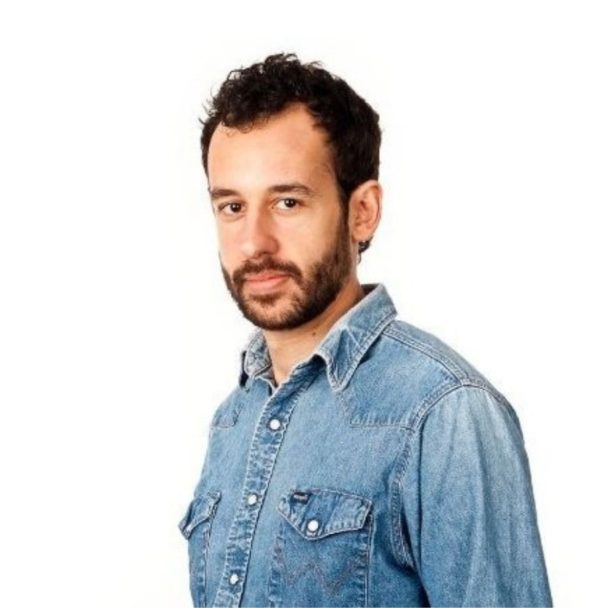 Saki Knafo is a Type Investigations reporter who recently finished a two-year-long investigation into criminal justice in the South Bronx, explored through the character of Manny Gomez, a private investigator fighting wrongful convictions. Knafo’s reporting led to “Conviction,” a serial podcast produced in partnership with Gimlet Media, as well as a story in partnership with the New York Times Magazine. His work was recently recognized with a Sidney Award for outstanding investigative journalism that fosters social and economic justice.

In this conversation, we learn how Saki approached audio storytelling, cultivating sources, and tying together the strands of a complex story.

Darya Marchenkova: You’re an investigative reporter, and I know this is the first time that you were working in audio, so I wanted to know: what did you find distinct about using radio as an investigative storytelling method?

Saki Knafo: The interviewing style’s different, or at least it was for me. One thing that they drilled into me at Gimlet—where I produced this story—was that if you ever are confused about something that someone is telling you in an interview, or if you are struck by what they are saying and you’re not even sure why… You don’t need to be able to fully articulate a question for them. You should just say something—anything—in the moment, even if it’s just like: can you say that again? Even if you’re just repeating what they’re saying, because that will force them to react or to explain.

At the very least, your listeners will probably have the same confusion. And so it will help clarify for them whatever is happening. And at the most, it will create an interesting moment of tension with the subject.

Imagine that you have to direct a scene in a movie based only on the information that they’re telling you. It should be visual, it should be cinematic.

Marchenkova: Your access was extraordinary. How do you approach cultivating sources, and keeping them in the fold over the course of such a lengthy reporting process?

Knafo: Manny couldn’t have been easier to cultivate as a source. He thrives on attention, he had been talking to a lot of reporters, and he wanted the world to know that he was out there doing these heroic deeds and saving people, but also he had felt he was unfairly treated by the police department, and that his reputation had been destroyed by them and he wanted someone to tell a story that would clear his name.

When I began spending time with Manny, I wasn’t focused on this case and Terrell, and when I finally did start looking into this case, Terrell wouldn’t talk to me. So I had Manny’s side of the story, and as long as that was the side I was basically reporting out and talking to Manny about, it was very easy. He called me all the time. He wanted me to see and know about every injustice that he believed had been done to him.

And then, things began to get a little bit more complicated. As I dug deeper into his past, both by looking at the records and by talking to other sources and people he had conflicts with, I began to see that his story wasn’t going to be the story I was going to tell.

Sometimes I would ask him questions that he felt touched too close to the bone or that made him nervous, and he would get upset and I would tell him: look, I think there are going to be things you like and things you don’t like about this story. At that point, it became harder to maintain him as a source, and there were a few moments towards the end of this very long process when I lost access to him and to other people in the story because they felt like I wasn’t just telling their side anymore.

Marchenkova: I asked Saki how he went about corroborating those different sides of the story, and he said that process was pretty straightforward. A lot of people in this story have sued one another, so there were lawsuits to read. Manny Gomez gave Saki documents from his time as a police officer, and Saki talked to witnesses.

Knafo: What was difficult was that usually, or in the past, there’s some person you’re investigating at the center of the story and at least most of the sources you’re contacting you feel are reliable. And with this, we were kind of investigating everybody at the same time.

Marchenkova: You use very charismatic or sensational characters; there were a lot of interesting scenes. How did you go about using scenes and characters to reveal systemic problems with policing and the courts?

Knafo: That was the biggest challenge. I think in the end you just need to know a certain amount of information about how the system works to understand the story. So we just wove that information into the story throughout it.

So there were places throughout the story where it made sense to pan out and get a broader picture of the system, to provide context that would help people understand these characters. The question was: how were we going to tie it all together in the end?

In November, after I’ve been working on this story for more than two years and three months from when the story was set to publish, I witnessed this court case where the defendant had hired Manny to investigate his case and get him out of trouble.

And it went the other way, and things turned out really badly for him, and at that point I began to see the outlines of the bigger story.

I began to see Manny more clearly as this character who took huge risks and fought relentlessly for what he wanted to achieve. He was able to achieve some remarkable things as a result of that—was able to score some victories against this system, that like never, almost never, concedes defeat. But also, who got in his own way.

And I guess from the beginning there was this question we were playing with, which is: is Manny a hero or villain. Is he a good guy or a bad guy?

And that question was always on my mind, because that’s really how Manny sees the world and how he presented himself, as this almost classic hero battling these gargantuan monsters. And after seeing him succeed in some ways but fail in others, and beginning to understand the complexity of him as a person… I began thinking about how that worldview in itself is inadequate. To explain what is happening in the world that he is operating in, the world of the South Bronx and the justice system, and how it’s also, in a way, part of the problem.

Manny is a product of the system, in the sense that he came up through it. A lot of cops and prosecutors share this view, this black and white, good guy/bad guy mentality. And it’s, in a lot of ways, an appealing mentality. Cops and prosecutors have to make decisions that have a huge impact on people’s lives. And they have to be aggressive. Their job calls for them to be aggressive. I think it might be hard to do unless you have this total sense of conviction or unless you see things in black and white.

But it also allows people to overlook their own mistakes. It causes people to reduce others to caricatures, to not see their complexity. And I think that’s part of what’s wrong with the system.

Then one of my editors at Gimlet, Lynn Levy, came in one day on one of the last days of editing, like right before we had to publish. And she had written this beautiful passage playing on this motif that we’d established earlier in the show about angels. The episode is called “No Angels,” and it’s about this idea you always hear cops or their supporters say: that kid was no angel. But really, nobody is an angel, and we shouldn’t hold people to that sort of standard of perfection in order to just allow them to have basic rights. So she wrote a passage about that and we worked on that for a bit, and that’s basically how we tied it all together in the end. 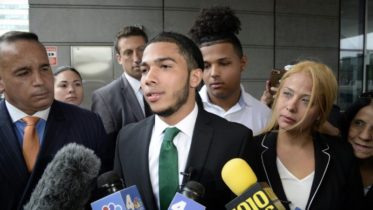 Broken Justice in the 42 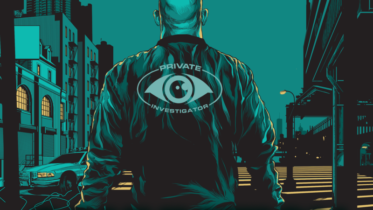 Saki Knafo is a freelance journalist.