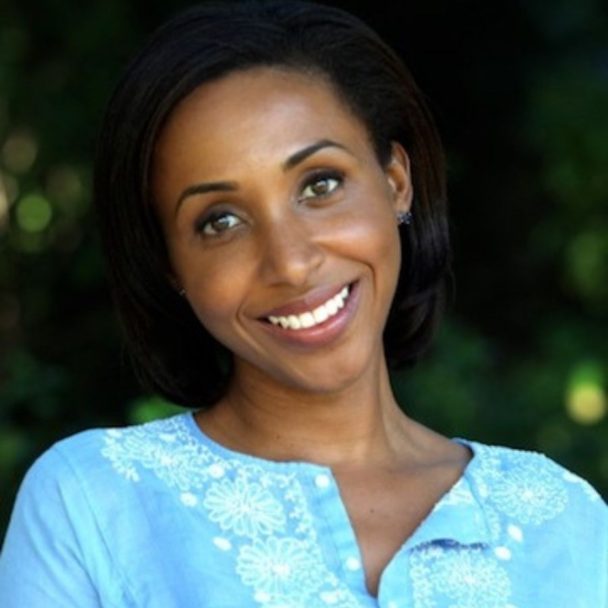 Investigative journalist Lisa Armstrong has for several years reported on solitary confinement and the treatment of mental illness in prison. In her most recent story, published in print with Huffington Post and as a documentary airing on CBS, Armstrong recounts the tragic story of a young woman, diagnosed with serious mental illness and violently sent to solitary confinement multiple times before she died by suicide.

Type Investigations Backstories spoke with Armstrong about the challenges of reporting on such a delicate topic and how she gained access to the hundreds of documents, videos, and photos necessary to tell this story.

The Backstory · Lisa Armstrong: Reporting on Solitary Confinement and Mental Illness in Prison (from the archives)

Beckler: What first sparked your interest in this story?

Armstrong: I was doing some reporting on solitary confinement — juvenile solitary confinement — and I found a story about this young woman, Mariam Abdullah, who had died by suicide in an Arizona prison. And this was back in August of 2016 when I first saw this story. And I was just struck by the fact that one, she was so young. She had just turned 18 and there was a letter that was attached to the article that was from a lawyer, Corene Kendrick, who works with the Prison Law Office in California. And she’d written a letter on her behalf basically indicating that Mariam had been held in solitary confinement for a long period of time and then asking for her to be moved to someplace where she could get help for her mental illnesses. So, it struck me that there’d been this letter written on her behalf and yet she died and I sort of just wanted to figure out what had happened to her. I think that article obviously sparked an interest in wanting to understand what had happened in her case. But I think that in filing a FOIA and trying to get documents and whatever I could from the Arizona Department of Corrections and then getting video of use of force against Mariam — these are basically instances where they were trying to take her to a suicide watch cell and there were instances where there had been a lot of violence in terms of, like, her being thrown to the ground or being taken, like one person holding each of her limbs and her struggling — those really struck me because I knew at the time that she’d had prior suicide attempts or there are things that I knew about her back story and to see her being held in this way, I don’t know, it just raised a lot of questions like why? Why did this happen and what exactly happened in her case?

Beckler: Well it’s an incredibly delicate topic you’re reporting on. It’s on mental illness as well as someone who’s so young and someone who tragically died by suicide. Do you have any advice for other reporters who are considering reporting on something as delicate as this?

Armstrong:  I think there are two parts of this. The trickiest thing for me with this story was speaking with Mariam’s mother. She never actually did end up speaking on the record. I’ve had several conversations with her over the years, but she’s never really wanted to be part of any stories. And when I first spoke with her, I had spoken with her because I had all of these videos and I had all this information that she didn’t have. And so part of the concern for me was sharing information with her about her child and not knowing how she would react. And actually, in one of the first conversations I had with her, I was telling her that I couldn’t just send her this material because I didn’t know how it would impact her. And she at a certain point just broke down and was sobbing. And I think it’s very hard just as another person and especially as a mother to hear someone crying over the death of her child and not really be able to do anything and to know that you in some ways kind of opened up this box that maybe she’d wanted to close. So, I think it’s just really, I think empathy is important. I’m trying to think of what the other person might be going through and I feel like that’s an important reporting tool regardless of the subject matter.

But then the other issue is that obviously Mariam is not here to speak for herself in terms, you know, of what she would want shared with the world. And so there were certain things that I discovered in my reporting that I opted not to share just because I felt not that they weren’t necessarily relevant to the story, but I just felt like I would be exposing certain vulnerabilities that I don’t know if she were here to speak for herself that she would want made public. And then the last part of that is just also just self-care. When I did start going through the videos that I got from the Arizona Department of Corrections, I was watching them one after another and I just sort of broke down at a certain point because it was just so hard to see. And I know obviously the Department of Corrections would say, well we needed to take her by force. We needed to do this I know that there is another side to this story and an explanation for why she was taken in this way, but again, I was looking at these videos and yes, I’m a journalist, I’m trying to see all sides, but I’m also a person and I’m looking at a video of a child, basically. And it was just something that was really hard to watch and here were moments where I had to sort of back off of the reporting for a moment and just go do something else because it became really intense.

Beckler: I imagine. Speaking about the videos, I read that you used some 200 documents, videos, and photographs in your reporting. I’m wondering if you could walk us through how you obtained those sources and why do you think you were able to gain access to so many?

Armstrong: So I filed the FOIA in, I believe, March or April of 2017. And in speaking with Corene, she’s the attorney at the Prison Law Office, she’s the one who told me to ask for the use of force videos. Like, that was something that she was very specific that I should ask for that. I asked for a number of different things as well. And it took about nine months for them to finally send me what I had asked for. And at the point where they sent that, I actually had found a lawyer because I kept following up with them and they kept giving me sort of the runaround. And the lawyer actually didn’t need to get involved. He said send them an email worded this way and I don’t know if the language prompted them to do something or if it was just a coincidence, but then they sent me all of these documents. Honestly I don’t know why they sent me all of this other than you know, I requested it. I feel like it doesn’t necessarily paint the department in the best light, but I’m grateful that they actually shared the material that they gave me. They didn’t send these videos to Corene. So, there are lawyers, I mean, there are lawyers who’ve been working on this who requested the same material and never received it. So again, I don’t know why they sent all this stuff to me, but I’m grateful that they did.

Beckler: Sure. Just a follow up on that in terms of timeline, when did you first reach out to some of these institutions?

Armstrong: So the Arizona Department of Corrections, I reached out to them to get comment I guess when I started working on these stories, so when I started working on the CBS piece earlier in the spring that’s when I started reaching out to people to say can we do interviews. So the Arizona Department corrections very promptly said no. Corizon kind of said we’ll see. And then ultimately, no, we don’t want to do anything on camera. Wexford, which is another company just didn’t respond at all until months passed of me following up in writing and calling and writing and calling and finally a spokesperson wrote an email that started with “thank you for your multiple requests.”

I mean It’s been months of just following up with people and either them just not responding until the last minute — actually now we’re down to the wire and I’m reaching out to one company again to see if they can provide a statement because they just didn’t respond before.

Beckler: What was your biggest reporting challenge in reporting the story?

Armstrong: When I’m teaching students and we’re talking about journalism ethics, I talk about it in terms of being able to sleep at night. I was navigating this story especially with Mariam’s mother sort of in my mind as I was doing this. It was a challenge because I knew that she didn’t want to be part of a story when I first talked to her. She had not talked to any other journalists and I was told by someone that part of the reason that no one had done a story about Mariam was that they couldn’t get her mother to talk. And then after the first piece, the HuffPost piece, came out, Corene wrote a note to me and she said I tried to get so many other journalists interested in Mariam’s story and they all eventually gave up because they said it was too hard. And it was hard. It was a lot of reporting. But for me, the main thing really was just wanting her mother to be OK with whatever I was publishing. And that as journalists we’re not beholden to our sources. But for me, I just felt that this woman has lost her child. She doesn’t really understand what happened. She never really got information from the Arizona Department of Corrections that put her mind at ease, I mean I don’t know if there’s anything that could put your mind at ease, but that just of explained or answered any of the questions she had.

So that was one thing. I think part of it also was just getting people, I was trying to get people inside the prisons to talk about current conditions, so that was another thing too. And so I’m really grateful to Wendy Anderson who is currently still incarcerated at Perryville and she’s someone who knew Mariam well and she was willing to talk. We were able to do a call with her, a video call, where she talked not only about Mariam but also her own experience. And I feel like that’s risky for a lot of people who are incarcerated because you don’t necessarily know if there’s going to be retaliation.

Beckler: Yeah absolutely. Thank you so much again for speaking with us. 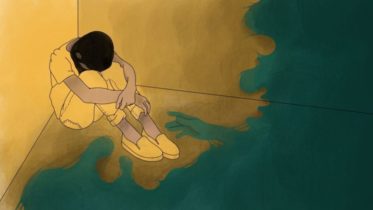 When Solitary Confinement Is A Death Sentence 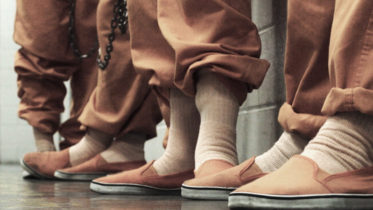