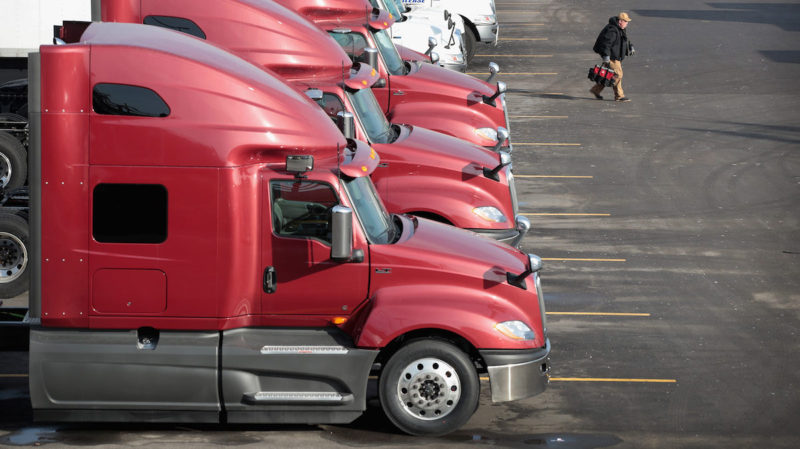 Trucks sit on the lot of a truck sales and service facility on January 25, 2018 in Chicago, Illinois. Image: Scott Olson via Getty Images

The Federal Motor Carrier Safety Administration (FMCSA), an agency within the Department of Transportation that regulates the U.S. trucking industry, announced it will conduct a survey to study the prevalence and severity of gender and race related harassment experienced by women and minority truck drivers. 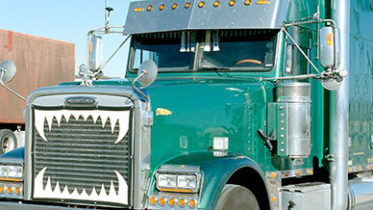 In response to what FMCSA describes as “evidence, both documentary and anecdotal, for a serious pattern of harassment- and assault-related crimes,” the survey is intended to collect information about “the prevalence, seriousness, and nature of the problem of harassment and assaults against truckers.” The agency says that while it currently does not provide materials nor training to drivers, including female and minority drivers, on how to protect themselves from harassment or assault, if the survey findings “indicate a significant problem that merits action,” the data collected will be used in the creation and implementation of solutions to reduce or prevent these crimes. As of today, FMCSA says the frequency, portion unreported, and the reasons for underreporting such cases of harassment or assault are unknown.

Mary Pilon’s 2016 investigation into harassment of women in the trucking industry – co-published with The Mary Review and The New Republic — revealed a toxic environment of on-the-job sexual harassment compounded by a flawed accountability structure that, according to dozens of drivers, lawyers, and industry experts, offers few incentives to take harassment and assault claims seriously. Later in 2016, Pilon underscored her reporting with a profile of a then pending class action harassment lawsuit against trucking behemoth CRST Expedited on behalf of more than 125 women. In dealing with sexual harassment claims, Pilon found that the trucking company’s HR policy always considered the accusation unfounded unless there is outside corroboration or an admission from the accused: an unreasonable benchmark for sexual harassment and assault. A year later, an Iowa federal judge certified two classes of female truck drivers in the same case against CRST alleging that the company fostered a hostile work environment and did little or nothing to investigate the women’s claims.

Most recently, court documents unsealed by a joint request through the law firm Public Justice, representing Type Investigations and the nonprofit Real Women in Trucking, reveal that the company received 209 sexual-harassment complaints by female drivers against male drivers that were “not corroborated” during the class action period, October 2013 to February 2016. Records further show that in more than half of those cases, CRST “disregarded evidence that could potentially have corroborated the victim’s complaint.”

Desiree Ann Wood, the president of Real Women in Trucking, firmly believes that FMCSA’s survey is a wholly insufficient response to sexual harassment in the industry. To counter FMCSA’s announcement, Real Women in Trucking has launched its own petition for the federal organization to take immediate action in combatting harassment and assault. “Without a meaningful and urgent implementation plan,” the petition says, “the FMCSA’s request for comments is without teeth—a simple stalling technique and a free pass for the trucking industry.”

“It’s infuriating,” Wood said. “Their survey is such a slap in the face for women truck drivers.”

FMSCA did not respond to a request for comment.

Hannah Beckler is the Don and Doris Shaffer Intern at Type Investigations, where she fact-checks stories and conducts research.