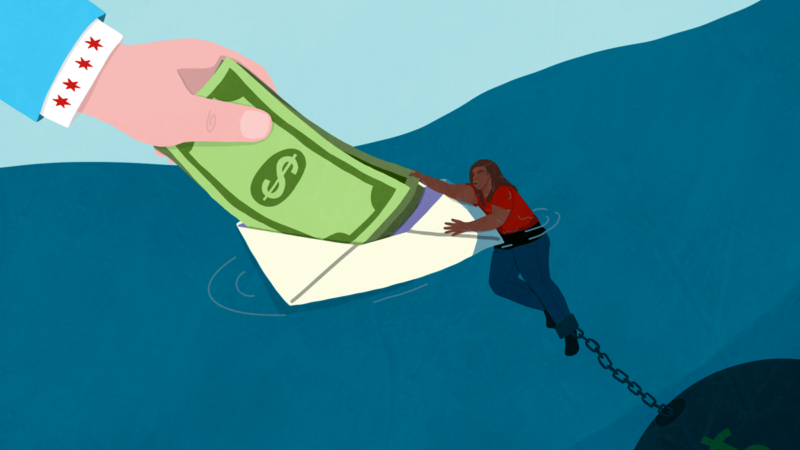 Low-to-moderate income taxpayers in Illinois will not have unpaid fines they owe the City of Chicago automatically deducted from their state income tax refunds this year, Illinois Comptroller Susana Mendoza and Chicago Mayor Lori Lightfoot announced on March 15.

The policy change follows a two-part investigation last year from Type Investigations, in partnership with The Chicago Reporter, which showed that Chicago’s use of the program disproportionately affected lower-income neighborhoods and communities of color. Last year, the city collected at least $27 million from residents’ state tax refunds.

This year, recipients of the Illinois Earned Income Tax Credit will be exempted.

“Families on the edge are counting on their state income tax refunds to pay bills they have been putting off as COVID-19 cost them jobs or increased their medical bills,” Mendoza said in a statement.

The debts are being deferred for one year. In 2022, Chicago can forgive the debt, defer it again, or resume with collection, Mendoza said at a press conference on Monday.

The policy change in Chicago is expected to save eligible taxpayers $15 million this year and will benefit some 41,000 households, according to the comptroller’s office.

“Although families qualifying for the state Earned Income Tax Credit are only about 15% of the state population, they account for 36% of the money withheld from income tax refunds,” Mendoza said.

The impact of this program has fallen disproportionately on Chicago’s poor Black and Latino residents, Type Investigations and The Chicago Reporter revealed last year. In 2018, approximately 80% percent of the tax-refunds intercepted within Chicago were intended for residents in ZIP codes where the median household income falls below the city’s overall median household income of $55,000, according to Census Bureau data. Ninety percent of intercepted refunds were for residents living in predominantly non-white neighborhoods, including areas in and around South Chicago, Midway airport, West Englewood, Roseland, Marquette Park, and North Lawndale, among others.

Between 2013 and 2018, Chicago used the tax refund intercept program to collect more than $103 million in delinquent fines and fees.

Last year, the investigations prompted the city to temporarily suspend the program as well as create a new procedural appeals process.

“Protecting the tax refunds of folks who receive the Earned Income Tax Credit is an important step in the right direction. For low-income folks, their tax refund is perhaps their only opportunity in the year to make a concrete improvement in their financial situation,” said Brent Adams, senior vice president of policy and communication for the Woodstock Institute, a Chicago-based nonprofit that advocates for fines and fees reform.

“This could be the year people get their largest refund ever,” said Rose Grillier, co-president emeritus of POWER-PAC IL, a membership organization convened by Community Organizing and Family Issues, a Chicago-based community group that has helped lead efforts to reform the city’s fines and fee system.

Simon Davis-Cohen is a writer and filmmaker. He can be reached via Twitter @SimonDavisCohen.