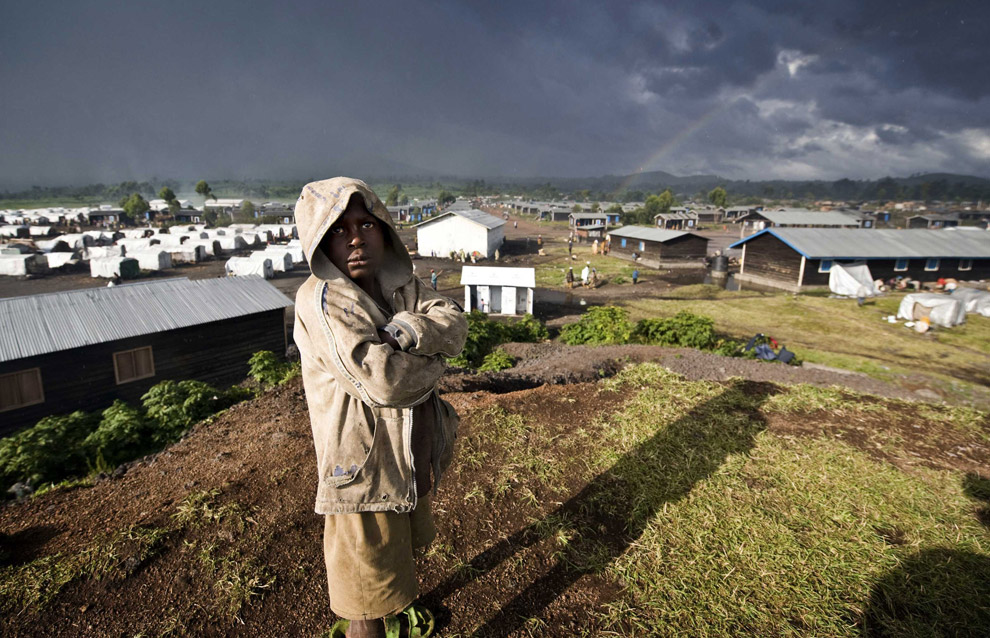 The horrors of violence in the eastern Congo demand some explanation. Reports from the ground paint a picture of a hell on earth, one of the world's worst humanitarian crises. But too often these reports, providing little context, can leave an implicitly racist aftertaste. The implication seems to be, “Well, these people are just savages.” Some history makes the madness appear slightly more logical, if no less evil.

Several months ago, I visited Goma, a city on the Rwandan border. The surrounding countryside of North Kivu Province is the epicenter of Congo's violence. In the lush mountains outside the city, UN troops and the national army —such as it is — face an array of competing militias. Among them are General Nkunda's Tutsi forces, who fight against elements of the old Hutu Interuwama of Rwanda (the FDLR). Nkunda also fights the government's army: a largely unpaid force of ragged former militiamen and boys. The government and the UN want Nkunda to disband his forces as part of the peace process.

Further north are the Mai Mai, some of whom began as followers of the leftist independence leader Patrice Lumumba, but that was long ago. These days they fight naked, protect themselves against enemy bullets by washing in water, and commit atrocious human rights abuses. Around the time I visited Goma, a band of Mai Mai raided a village and systematically raped scores of women — a crime all too common. The International Crisis Group estimates that throughout the Congo “over 1,000 people continue to die each day from conflict-related causes.”

Many of the militias finance themselves by exporting illegal timber, diamonds, gold and other resources to Rwanda and Uganda. Both countries export these products in amounts that seem to far exceed their own natural supplies. This traffic in “conflict resources” makes the elites of Rwanda and Uganda rich, and helps the general development of both economies.

So at one level the horror and misery of the militia warfare in Congo is just part of a rush for African resources. But why the rape and mutilation and scorched earth policies against civilians? Alas, this pattern—resource extraction by terror—is old in this region. It begins with the rise of the slave trade and continues into the present.

Starting in the late 15th century, the Portuguese marauded in from the west coast, while “Arabs” (really Muslim Africans) raided in from the east, making Zanzibar their capital market.

As an industry, stealing bodies required methods akin to total war: villages annihilated, the old and the young slaughtered, the working age carried off in chains. The raiders sustained themselves by killing wildlife and stealing crops, but at times they even ate humans.

King Leopold II of Belgium invoked these horrors to justify his “humanitarian intervention” and the creation of his Congo Free State. His official goal was to stamp out slavery, but his real goal was to steal ivory and rubber.

In reality, the slaving militias were not conquered so much as they simply morphed into agents of colonial resource extraction in the service of rapacious station chiefs working for King Leopold's Free State. The militia would descend upon villages and demand rubber and ivory, if the tribute was not paid the locals were killed or dismembered.

The methods worked: Farmers moved heaven and earth to please the militias. The Belgians grew rich and Leopold built monuments to himself.

Among the most famous of these colonial-era terrorists was Tippu Tip. His private army's methods included sacking villages, mass murder, rape, systematic mutilation, and routine cannibalism. Tippu Tip had conflicts with the Belgians, but by 1887 he had made common cause with them and even became the governor of the Stanleyville district of the Congo Free State.

In this process the slaving militias were transformed into the uniformed Force Publique, the colonial-era paramilitary police. This in turn became Mobutu Sese Seko's army. With the end of his 32-year dictatorship in 1997, many of his soldiers joined various militias. Through it all, the methods inherited from the slave-raiding warfare of the colonial era persisted in varying degrees.

When I see the Mai Mai or other militias in their ragtag fatigues, carrying Kalashnikovs and crazy amulets, policing the loot-economics of the conflict minerals and the timber sector, I also see Tippu Tip's raiders sucking up labor, rubber and ivory to be injected into the global economy.

Some describe the militias of North Kivu as the failure of the UN peace process. These armed bands are also the living monuments to the barbarism of slavery and colonialism. They are heirs to a long, oft-forgotten history of terror as a means of economic extraction.

As in the past, the violence takes its toll here in the heart of Africa, but the wealth flows out and away to all points of the compass, bearing with it no sign of the bloody processes that produce it.

Christian Parenti is associate professor in the Economics Department at John Jay College of Justice.