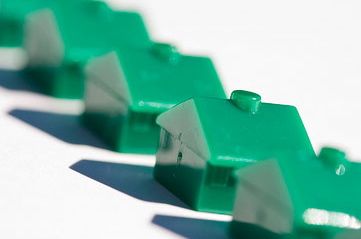 Ruthell Davis doesn’t know what rattles her more — being unable to contact a lending representative or recalling her last communication with one, where she was offered to modify the terms of her mortgage if she immediately forks over a $25,000 bulk payment that she cannot afford.

“Why am I in this mess and why did these people prey on me?” said Davis, who asked that her real name not be used to safeguard her privacy and prevent more trouble with her mortgage lender.

The 54-year-old social worker, who is facing bankruptcy and foreclosure on her home in the Oakland, Calif., area, offers her own exasperated answer: “Because people try things with women that they just don’t try with men.”

An extensive research analysis by Women’s eNews, funded by the Investigative Fund at The Nation Institute, indicates that Davis may be on to something.

Women whose loan debt amounted to a smaller-than-average percentage of their income were more likely to get subprime loans in comparison to men in the same situation, according to an analysis of several years of Home Mortgage Disclosure Act data. The analysis was conducted by the National Institute of Computer-Assisted Reporting at the Missouri School of Journalism in Columbia, Mo., at the request of The Nation Institute.

For example, consider the difference between men and women whose debt was a smaller percentage of their income than the average borrower in 2006. Only 29 percent of those men got subprime loans compared with 38 percent of women, according to the analysis, which was completed in January.

These subprime loans are more expensive because they presumably reward lenders for accepting a higher risk of default. But as the data show, many borrowers did not pose that default risk.

Risky Loans Proliferated During the Boom

“Risky loans proliferated during the 2005 to 2008 real estate boom,” said Kathleen Keest, a senior policy counsel for the Washington, D.C.-based Center for Responsible Lending. “Some of these loans were not technically subprime, but they were still very dangerous — and were still steered toward women in disproportionate numbers.”

A period of unemployment led Davis to refinance her original mortgage so she could tap her home for equity. Her mounting debt left her unwittingly holding a “subprime” adjustable rate mortgage with an interest rate three percentage points higher (9.7 percent) than her original fixed-rate loan (set at 6.4 percent).

That was prohibitive for Davis, who was still out of work at the time she refinanced.

And because the new loan had an adjustable rate, which can move with prevailing interest rates or change at the lender’s discretion, it quickly became even more costly.

Davis is now $50,000 in arrears and facing bankruptcy as well as foreclosure.

Keest cautions that it’s hard to quantify the extent, or even whether, women such as Davis were improperly sold subprime mortgages.

“The problem with data currently collected is that it tracks borrowers’ race and gender, but doesn’t track their credit history, making it hard to explain why one borrower got a rate that was especially high or a type of loan that was especially risky,” said Keest. “Unless data collection methods are improved, it will continue to be difficult to prove gender discrimination in court.”

Keest adds that anecdotal evidence does show a pattern of gender discrimination, and that even without the element of discrimination mortgage problems are particularly troublesome for women.

“Because women, if they have assets at all, tend to have their assets concentrated in home equity far more often than men do,” she said.

“We see a lot of low-wage babysitters and home health aides who were just managing to stay afloat before they got less-than-desirable loans, but who are now financially devastated,” said Meghan Faux, co-director of the Foreclosure Prevention Project for South Brooklyn Legal Services in New York City. “They’ve lost the affordable housing that they had before their home purchases and now they have lost their homes, too.”

Women were only 14 percent of homebuyers in 1995, but make up more than a quarter of them today, reports the Washington, D.C.-based National Association of Realtors.

Parallel patterns of income, gender and racial discrimination have been alleged or probed in a number of instances: litigation filed by the U.S. Department of Justice; research conducted by the New York-based National Council of Jewish Women; a class-action lawsuit brought last June by the Baltimore-based National Association for the Advancement of Colored People against subprime lenders; and a July report by the National Council of Negro Women and the National Community Reinvestment Coalition, both in Washington.

Greater Risk for Women of Color

In 2006, a report by the Washington-based Consumer Federation of America found that during that year — at the height of the subprime boom — upper-income Latina and black women were four to five times more likely to receive subprime loans than upper-income white men. One third of female borrowers received high-interest subprime loans, compared to a quarter of male borrowers.

The Consumer Federation of America report found that the borrowers most likely to receive subprime loans were moderate-to-high-income women of color such as Davis, who is African American and earned $65,000 a year before losing her job as a social worker.

Because women earn less than men (77 cents on the dollar) and are more likely to work part time instead of full time, they often have a harder time qualifying for prime-rate loans that are less expensive than subprime ones, reports the New York-based Ms. Foundation for Women.

In conversations with Women’s eNews, a dozen housing-rights groups across the United States said that women account for the majority of the borrowers who they are now working to help since the mortgage industry’s collapse.

“It wasn’t just women that shady lenders were looking for, but particular kinds of women,” said Nina Simon, a former housing counsel for the Washington-based AARP, the powerful lobbying group for people over 50. “They would target black women, Latina women, single women and elderly women, too. One mortgage broker is on record as saying, ‘It’s time to go granny hunting!'”

Whether they were selling subprime loans or other risky mortgage products, lenders could buy information on a homeowner’s age, race and income from data collection agencies and use this information to target the type of women they wanted to pitch.