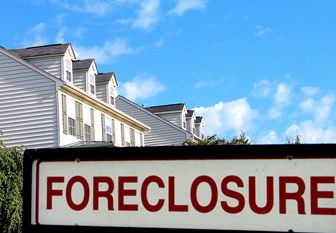 Ruthell Davis remembers every hurdle she overcame to buy her yellow ranch house near Oakland, Calif., in August 2003.

Davis, who asked that her real name not be used to safeguard her privacy and prevent problems with her mortgage lender, earned her general equivalency diploma as a single mother in her 20s; put herself through college and became a social worker in her 30s; scrimped for two decades to come up with a $50,000 down payment; and then bought, at age 49, the two-bedroom, two-bathroom, 1,700-square-foot house she could now lose at any moment.

Since home prices plummeted 20 percent after their 2006 peak, an estimated 1 in 3 homeowners now owe more on their property than the property is worth. Personal bankruptcies have also surged to a record high of 1 million per year and the portion of mortgages that have overdue payments (9.24 percent) has risen to its highest level since the Mortgage Bankers Association began keeping records in 1972.

More than 1.5 million households received at least one foreclosure-related notice in the first half of 2009, according to RealtyTrac in Irving, Calif.

It seemed to be a bright new era for women and home ownership.

“For decades, women could be denied loans if they were single or be required to have their husbands co-sign if they were married,” said Joseph Rich, director of the Fair Housing Project at the Lawyers' Committee for Civil Rights Under Law, in Washington D.C. “Then came the Fair Housing Act of 1968 and the Equal Credit Opportunity Act of 1973, which prohibited gender discrimination in housing and lending, but by no means stopped it as it continued to come in different forms, such as 'subprime steering.'”

Obama Must Pick Up the Pieces

Rich says the Justice Department under President Bill Clinton was very aggressive about fair lending cases and stopping gender discrimination. “But the Bush administration didn't file any litigation of the same magnitude and was virtually absent when the foreclosure crisis struck last year. Now it's left to the Obama administration to try and pick up the pieces.”

Chris Hoyer, a Tampa, Fla., lawyer who has filed class-action lawsuits against Americaquest, Countywide and other subprime lenders has found evidence of lenders targeting women for these high-interest loans.

“During our interviews with hundreds of ex-mortgage company employees, they told us they had purposely targeted young single mothers by telling them subprime mortgages would help them provide homes for their children,” said Hoyer. “They would also target older women who already had homes and convince them that refinancing and getting cash payments would help them maintain financial security during their golden years.”

Subprime lending accounted for 30 percent of loans in 1997, but more than 50 percent in 2007, according to the Washington-based Center for Responsible Lending.

“In the years leading up to 2008, subprime loans became more and more common because Wall Street investors figured out how to make bundles of money off these high-interest mortgages,” said Josh Zinner, co-director of the Neighborhood Economic Development Advocacy Project in New York City. “They were buying billions of dollars in mortgages, putting them in bundles, then slicing them up in pieces and selling them off as mortgage-backed securities. The subprime market exploded and it was women who were disproportionately affected.”

Davis says she refinanced her mortgage with a subprime loan hoping it would help her get a handle on her debts.

But borrowers with subprime, adjustable-rate mortgages are nearly 20 times more likely to foreclose on their property than those with regular, fixed-rate mortgages, according to the Mortgage Bankers Association, in Washington, D.C.

'My Only Way Out'

Davis borrowed $20,000 more than she owed on the new loan and used the extra money to settle her debts.

“I refinanced because I was desperate and felt it was my only way out,” said Davis. “But in my rush to fix my finances, I placed too much trust in a shady mortgage broker, who had me sign a loan without having a lawyer explain the fine print to me.”

Katherine Porter, an associate professor at the University of Iowa College of Law in Iowa City, said that studies show half of borrowers mistakenly believe that lenders are legally obligated to give them the most favorable rates. “Women may be especially prone to make this false assumption. They may be less adversarial in their business dealings and may place more trust in their so-called financial professionals,” she said.

Davis' original lender sold her mortgage to a new company and Davis says that company will not answer her calls or e-mails about wanting to modify the terms of her loan.

The 2008 Congressional report “Taking a Toll: The Effects of Recession on Women” found women were statistically less likely than men to rebound after financial setbacks.

The Congressional report noted that although women have held on to jobs better than men in the recession, their wages are falling six times faster then men's. While women's jobless rate is lower than men's, women's unemployment rate is rising 15 percent faster.

Women are more likely than men to work for minimum wage and less likely to have health benefits or retirement plans through their jobs, if they manage to hold onto those jobs as the U.S. recession drags on.

The report noted that as a result of women's financial instability, women are 20 percent more likely than men to experience anxiety about the recession and that mortgage worries are a leading cause of women's anxiety.

Kathy Lovelace of Tampa, Fla., is one of many borrowers ensnared by subprime debt.

“I feel like I'm on the verge of a nervous breakdown,” said Lovelace, 51, who didn't realize until after she signed her radio-advertised subprime loan that it would triple her monthly mortgage payments, up from $1,000 to $3,000. “I can't concentrate, can't sit down and can't sleep because all I do is worry about keeping my house.”

Lovelace, who spoke with Women's eNews in a phone interview, owns a three-bedroom house that she built in 1998 and refinanced in 2006.

She says she doesn't know where she will live weeks or months from now because the recession has left her not only unemployed, but facing foreclosure.

“When this happens to women in their 50s and 60s who are nearing or past retirement, it's particularly unfair,” said Maeve Elise Brown, co-founder and director of Oakland's Housing and Economic Rights Advocates in Oakland, Calif. “They have little hope of restoring their credit or starting over at this point in life.”