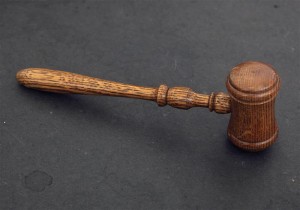 Fifty years ago last week an ageing Florida drifter named Clarence Earl Gideon learned that his hand-written letter to the US Supreme Court had changed the laws of the land. Gideon had been arrested and charged with breaking into a pool hall and stealing a few bottles of wine, a couple of beers and some coins from a juke box. When his case went to trial, he told the local judge that he ought to have a lawyer since the other side — the prosecution — had a lawyer. He insisted it was his constitutional right.

The jury convicted Gideon in 1961 and he went to jail. From prison, he wrote a penciled letter on prison stationery to the United States Supreme Court. Rife with misspellings and grammatical mistakes, the plea nonetheless had a poignant eloquence. Gideon wrote:

On March 18, 1963, the US Supreme Court decided in this landmark case, Gideon v Wainwright, that Gideon had a point — and today every poor person charged with a serious crime in the United States is guaranteed the right to an attorney.

I spent most of last year travelling to criminal courts across the United States, and what I found was that the promise of Gideon has been crushed. In my new book, Chasing Gideon, I document the abandonment of poor defendants in states from Florida, the site of Gideon's arrest, to Louisiana, Georgia and Washington State.

In New Orleans, I discovered that budget cuts in the public defender's office, charged with representing the poor in court, had created a severe backlog of prisoners waiting for a lawyer to represent them. Reporting on this crisis in the courts for The Nation, I spoke to a man named Clarence Jones who had been sitting in jail for 16 months on a burglary charge and was still waiting to see a lawyer. Hundreds of New Orleans prisoners are still housed in “temporary” tents more than seven years after Hurricane Katrina, and I found Jones in one of them, baking in the heat as he tried to make his way through complex law books he'd borrowed from the prison library. Like Clarence Earl Gideon before him, Clarence Jones thought he had a right to an attorney and couldn't understand why one hadn't been appointed to him.

But though Gideon guaranteed him the right to an attorney, he was one of more than 500 people in New Orleans last year who didn't have a lawyer because public defender offices had been starved of funds.

Most states follow the letter of the law, by providing lawyers to stand beside the accused in court. But, driven by austerity, that legal representation is often rendered meaningless by crushing caseloads of 200, 400, even 2,225 clients, as is sometimes the case in Florida, where Gideon first filed his case so long ago.

In the United States today, it is not uncommon for public defenders to meet their clients for the first time in crowded courtrooms minutes before they go before a judge to enter a plea. Hurriedly whispering in a crowded hallway or courtroom, public defenders make life-changing decisions on the fly, without the benefit of time to investigate or even interview witnesses.

Out in Washington State, I met the family of a 12-year-old boy who had been convicted of child molestation when a 5-year-old neighbour accused him of playing a game and putting his hands down his pants. The 12-year-old insisted he was innocent and cried as a police officer interviewed him. The officer interpreted this as a sign of guilt. The boy's frantic parents repeatedly called his assigned public defender; he didn't return their calls.

Eventually, they tracked down their lawyer, and over a few months, as the case was rushed to court, that attorney met with them for less than an hour and a half total, and suggested that their son plead guilty. He made no phone calls on his client's behalf. He hired no investigator to look into the crime. He did not interview a single witness. He filed no motions.

The boy, on this attorney's advice, pled guilty.

Afterward, the boy and his parents learned that he would be registered as a sex offender and that record would never be expunged and that a monitor would likely shadow him at school every day until his high school graduation.

The case, ANJ v Washington State, points to deep flaws in the system. Yes, Washington State followed the letter of the law and provided the boy with an attorney — but he had no meaningful representation. In Washington, many counties pay a local lawyer a flat fee to handle all the people who come through the courts in a year. In this case, the public defender was given $162,000 to pay for himself, one paralegal, and all of his investigations — and he had 460 clients that year. At around $350 per client, there was no way he could possibly do them justice.

ANJ led to some reforms in the way public defence is delivered in Washington. Public defenders must now sign a statement each time they appear in court, to show that they have met caseload requirements.

But across the United States, bare bones representation is business-as-usual in courts flooded with clients thanks to the War on Drugs.

American courts operate under an adversarial system: the belief that two equally matched sides, presenting their best arguments, will edge us closer to the truth. Perhaps more importantly, a defence lawyer is the one who stands between the citizen and the unchecked power of government. When the US Supreme Court decided Gideon v Wainwright fifty years ago, the justices clearly meant that defendants deserved more than a warm body to stand beside them in court.

In that decision, Justice Hugo Black wrote for the majority:

In our adversary system of criminal justice, any person haled into court, who is too poor to hire a lawyer, cannot be assured a fair trial unless counsel is provided for him.

He insisted that the kind of trial a man got should not hinge on the amount of money he has. Today, the poor quality of representation many clients get threatens to render this right to representation meaningless.

A half-century after Gideon promised fairness for all in the nation's courts, equal justice eludes us still.

Karen Houppert is the associate director of the MA in Writing program at Johns Hopkins University.