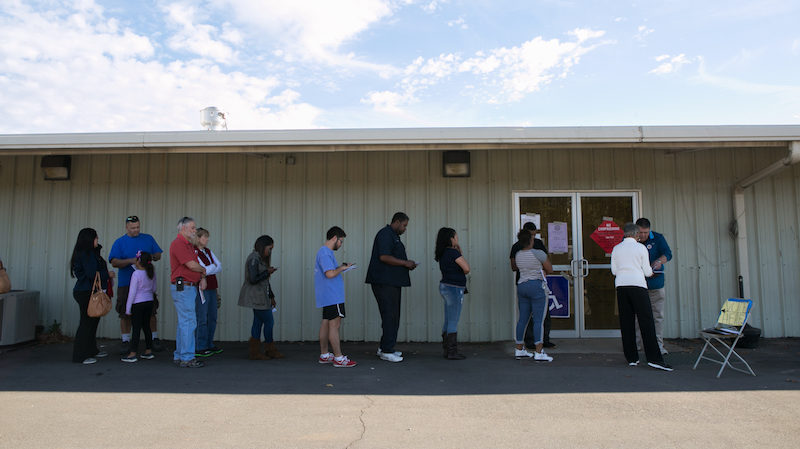 As states across the country move to increase access to mail-in and absentee voting during the COVID-19 pandemic, a lawsuit in Georgia highlights a potential obstacle for millions of voters. The suit, filed this week, alleges that Gwinnett County elections officials and the Georgia secretary of state violated the federal Voting Rights Act by not sending voters in the county a Spanish-English bilingual version of the absentee ballot application for the state’s upcoming primary. 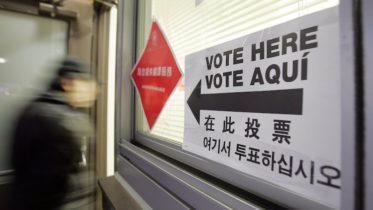 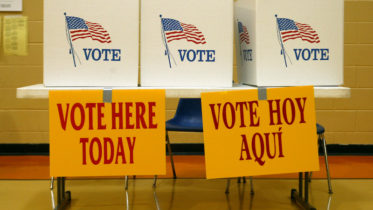 “This policy risks disenfranchising scores of minority voters in upcoming elections and discouraging eligible citizens from participating in the democratic process,” said John Powers, counsel for the Voting Rights Project of the Lawyers’ Committee for Civil Rights Under Law, which brought the suit on behalf of five nonprofit organizations.

Gwinnett County is one of more than 250 counties around the country that are required, under Section 203 of the Voting Rights Act, to conduct elections entirely bilingually in both English and one or more other languages. Cities, counties, and states fall under this requirement whenever the number of voting-age citizens who speak the same minority language and are not fully literate in English reaches 10,000, or 5 percent of the population. In Gwinnett, 21 percent of the total population (nearly 200,000 people) are Hispanic and, according to the lawsuit, almost 14,000 people who speak Spanish and have limited English proficiency are eligible to vote.

Inadequate language access has long been a problem in American elections. Millions participate in bilingual elections every year, but millions are also excluded. In 2018, Type Investigations and The Nation calculated that, out of over 11 million voting-age citizens with limited English proficiency, 5.78 million lived in jurisdictions without a federal language accommodation, a pool of voters large enough to swing close Congressional races.

Gwinnett County fell under the federal mandate in December 2016, when the Census Bureau determined that the numerical threshold had been reached. Jerry Gonzalez, executive director of the advocacy group Georgia Association of Latino Elected Officials (GALEO), which is a plaintiff in the current lawsuit, said his group had pushed for voluntary inclusion of Spanish prior to 2016 but was told by county officials that “it’s going to have to be mandated federally, or you’re going to have to sue us, or it’s not going to happen.” In 2016, a Gwinnett County poll worker was fired for telling a community member, “If they can’t speak English, we don’t want them here.” Activists said it’s indicative of a culture of animosity toward minority voters.

The latest controversy came after Georgia Secretary of State Brad Raffensperger used federal stimulus money to send English-only absentee ballot applications to all of Georgia’s 6.9 million active voters late last month, as a means of encouraging them to vote by mail due to the public health risk posed by in-person elections.

The lawsuit, brought on behalf of GALEO, Georgia Coalition for the People’s Agenda, Asian Americans Advancing Justice – Atlanta, New Georgia Project, and Common Cause, argues that Gwinnett County is required to provide a Spanish-English bilingual version of the absentee ballot application to Spanish-speaking voters in time for them to vote absentee in the June 9 primary. The suit states there is also no bilingual absentee ballot application on the secretary of state’s website and the machine-translation on the Gwinnett County website is difficult to access and use.

The plaintiffs cite federal regulations that make it incumbent on a covered county to “insure compliance” with bilingual requirements in “all aspects of the election,” even though the mailing came from the state, which is not required to operate elections in Spanish under Section 203. The suit argues that the state is compelled to provide translated absentee ballot applications under a different section of the Voting Rights Act.

The suit notes that, in the past, Gwinnett County produced and printed its own bilingual version of a statewide election notice in order to comply with Section 203.

The county’s attorney, Bryan Tyson, argues that, in this instance, because the absentee ballot applications came from the state, the county was not required to do so. “The fact that the Secretary of State chose to mail voting materials to all active voters does not create a duty on the Gwinnett BORE [Board of Registration and Elections] to also send materials to all voters (or a subset of voters) in the county,” he wrote in an April 8 letter prior to the lawsuit being filed. A spokesperson for the county declined to comment on ongoing litigation but pointed us to a section of the lawsuit that says the mailing came from the state. The secretary of state’s office also declined to comment.

The controversy raises questions that will become increasingly urgent as states overhaul their election procedures in response to the COVID-19 crisis. Many states are anticipating a massive expansion in vote-by-mail, which will present logistical and financial challenges for producing, distributing, collecting, and counting thousands of unique ballot designs that some states are ill-equipped to handle. Elections experts warn that, without stringent safeguards, vote-by-mail could have a negative impact on voters with limited English proficiency, minority voters, and populations that change addresses frequently, such as young people and low-income people.

The decentralized nature of election administration in the US, where elections are often conducted at the county or even municipal level, make it all the more likely that the response to COVID-19 will be a patchwork of regulations subject to inter-governmental finger-pointing like what’s now on display in Georgia.  And when that happens, Powers notes, it’s the voters who lose out. “Limited English proficient voters are among the voters most likely to be left behind as states move towards increased mail-in voting,” Powers said. “Sending English-only absentee ballot applications in Section 203-covered jurisdictions like Gwinnett County sends a message that Spanish-speaking voters’ voices do not matter.”