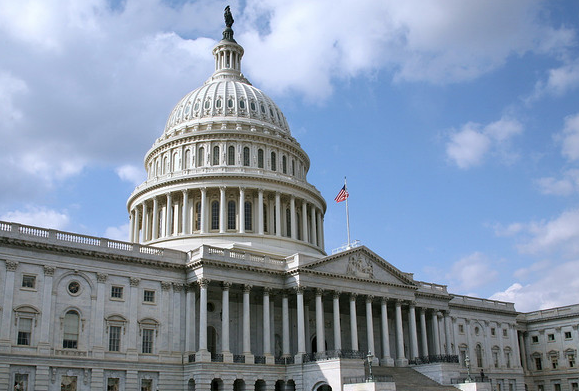 Until a few weeks ago, Joel Leftwich was a senior lobbyist for the largest food and beverage company in the United States. During his tenure at PepsiCo — maker of Cheetos, Lay's potato chips and, of course, Pepsi-Cola — the company had played a leading role in efforts to beat back local soda taxes and ensure that junk food remained available in schools. But PepsiCo also faced new challenges at the federal level. The Healthy, Hunger-Free Kids Act, championed by Michelle Obama, had placed new nutrition standards on school lunches. PepsiCo sent teams of lobbyists to Capitol Hill, deluged political candidates with donations, and fired off letters to regulators asking them to weaken the new rules. One such PepsiCo letter requested the redefinition of a “school day” so the company could continue to sell its sugary sports drinks at “early morning sports practices.” Leftwich, a former congressional liaison for the Department of Agriculture, was well positioned to help PepsiCo shore up its allies in the House and Senate.

Last April, Leftwich paid a visit to one such friend, Democratic Senator Debbie Stabenow of Michigan, then chairwoman of the Senate Agriculture Committee, to thank her for opposing nutrition guidelines for food stamp purchases.

Now Leftwich will have far more access to such friends. As the newly appointed staff director of the Senate Agriculture Committee, now under GOP control, Leftwich will have wide sway over the law that funds school lunches, which is up for reauthorization this year. PepsiCo can rest easier, confident that the guidelines already in place are unlikely to be strengthened — and may be weakened instead. Leftwich's new boss, Republican Senator Pat Roberts of Kansas, who took over the Agriculture Committee gavel in January, has set his sights on dialing back school lunch nutrition requirements, which he has called “Big Brother government that's out of control.”

While all eyes were on the changing of the guard in Congress as Republicans seized control of the US Senate in January, there was an equally profound change taking place among Capitol Hill staff, as many GOP lawmakers handed over the keys to corporate lobbyists like Leftwich.

On almost any big issue coming up for debate during the final two years of the Obama administration — surveillance, trade, healthcare, entitlements, tax reform, climate change — corporate lobbyists will now be attempting to influence their own former colleagues, whose salaries are now covered by US taxpayers.

The new staff director of the House Intelligence Committee, Jeff Shockey, comes to the Hill after working as a lobbyist for many of the country's leading intelligence-agency contractors, including General Dynamics, Boeing and, just last year, Academi, the firm formerly known as Blackwater. The House Oversight Committee, a key investigative body, will now have a staff director named Sean McLaughlin, a former corporate lobbyist who spent the past three years as a principal at the Podesta Group. Tom Chapman, who earned compensation worth $1,531,453 in 2014 as vice president of government affairs for US Airways, will now earn considerably less as part of the counsel staff for the Senate Aviation Subcommittee, which oversees his former employer. And as Congress takes up tax reform, one of the latest hires to the Joint Committee on Taxation is Ben Gross, who spent more than a decade as international tax director for PricewaterhouseCoopers, a firm that specializes in helping corporations avoid American taxes.

Lobbyists have been hired to help the offices of the most controversial addition to the GOP leadership team, Louisiana Representative Steve Scalise, now House majority whip. Scalise came under fire in December following the revelation that as a state lawmaker, over a decade ago, he had addressed a white supremacist organization founded by former Klansman David Duke. But Scalise's return to Capitol Hill in January was hardly dampened by the scandal. In a party at the posh Capitol Hill Club, a private meeting ground for Republicans that has been sued by its employees for alleged racial discrimination, nearly 300 lobbyists cheered the embattled lawmaker as he laid out his agenda for the coming session, according to Politico. Scalise was flanked by one of his newest staffers, Bill Hughes, formerly a lobbyist for the Retail Industry Leaders Association, a powerful trade group that has pressured lawmakers to drop efforts to raise the minimum wage.

And why not celebrate? Scalise is beloved by Washington's army of influence-peddlers for his loyalty to the Beltway's lobbyist elite. In his previous position as chair of the Republican Study Committee, Scalise welcomed the “K Street community” at special business-outreach events attended by representatives of such major firms as Halliburton, MasterCard, General Dynamics and Northrop Grumman. The news that Scalise would move up the leadership ladder was celebrated by Koch Industries lobbyists, who threw a tony wine-tasting party featuring “pinots from Oregon and the central coast of California.” Soon after ascending to his new post, Scalise shocked many by having a registered lobbyist, John Feehery, sit in as applicants interviewed for jobs.

It is not just veteran politicians who are leaning on lobbyists. Newly elected Senator Joni Ernst of Iowa, who delivered the GOP's response to Obama's State of the Union address, tapped Lisa Goeas, a senior official with the National Federation of Independent Business, as her chief of staff. Democrats, too — to a lesser degree — have been recruiting on K Street. Take West Virginia Senator Joe Manchin, a Democrat who is expected to join a largely Republican effort to curtail new Environmental Protection Agency regulations on carbon emissions from coal-fired power plants. He just hired a new senior policy adviser for energy, John O'Donnell, who arrived at the job from working as a top lobbyist for Xcel Energy, a large utility company with thirteen coal power plants. On Xcel's behalf, O'Donnell had lobbied to weaken EPA regulations in the last Congress.

Some K Street firms have sent multiple lobbyists through the revolving door. The new deputy staff director of the Senate Energy Committee, Colin Hayes, is a former vice president of McBee Strategic Consulting — as is Angela Becker-Dippman, just hired as staff director for committee Democrats. Becker-Dippman once represented such firms as Tesla Motors, while Hayes had lobbied for the National Mining Association and Duke Energy.

It's hard to overestimate the influence these former lobbyists could have over lawmaking during Obama's final years in office. Congressional staffers enjoy an outsize amount of power on Capitol Hill, doing the actual work of meeting with interest groups, helping to schedule hearings, writing lawmaker remarks — and writing legislation. Yet they often escape public scrutiny.

I visited Washington, DC, on the first day of the new business-friendly Congress to watch the wave of GOP freshmen arrive. That night, I stopped by one of the biggest welcome receptions in town, a party hosted by the Republican Jewish Coalition at a Capital Grille steak house. I wasn't allowed in, of course, not being a donor to the RJC or to any GOP candidates. But the event played host to dozens of new and returning lawmakers, along with a swarm of lobbyists and campaign contributors.

Outside the event, I approached Mark Isakowitz, one of the highest-grossing lobbyists on K Street, whom the Hill, an online news site, named a top lobbyist of 2014. As a principal at a prominent Republican government relations firm, Isakowitz has lobbied for sixteen years on a range of tax and financial issues for some of the largest companies in America. One specialty has been weakening the financial reforms passed after the 2008 economic collapse. He, too, was just tapped to serve on Capitol Hill — in his case, as chief of staff to Republican Senator Rob Portman of Ohio.

Though it received little attention, the very first bill passed by the new Congress and signed into law was a measure to reauthorize something called Terrorism Risk Insurance. Tucked away in that bill was a special amendment to weaken the oversight of derivative trades. Thanks to the amendment, commodity regulators are prohibited from forcing large corporations — typically oil, manufacturing and agribusinesses broadly defined as “end users” — to post collateral and margin requirements for their trades. Marcus Stanley, the policy director of Americans for Financial Reform, a group that favors strong regulations on Wall Street, says the amendment is dangerous because “losses can occur in transactions with commercial end users just as they can in any other transaction.”

The special exemption was promoted by a coalition of end users, including Honeywell, Boeing, General Electric and Koch Industries, four companies whose political action committees rank among the largest in the country. Koch, known for its oil refineries, also boasts one of the biggest derivative trading businesses in the world.

Isakowitz, according to disclosure reports, lobbied on a bill in the last Congress, S. 2102, that featured language nearly identical to that in the amendment that passed, with little debate, as part of the Terrorism Risk Insurance bill. His new boss, Senator Portman, voted to keep the derivatives amendment intact.

I tried to ask Isakowitz if any conflicts of interests would be posed by his two decades as a corporate lobbyist now that he had become a public servant. Isakowitz declined to answer, wished me a curt “Good night” and walked away.

Lisa Gilbert, director of Public Citizen's Congress Watch division, says the derivatives amendment is just one sign of how lawmaking has been captured by industry. There was no discussion of derivatives deregulation during the hotly contested midterms, nor did any candidate publicly address the issue. It was a demand made not by constituents, but by lobbyists. “The staff,” Gilbert says, “is reflective of what Congress has already begun to prioritize.”

More from our series Lobbying Exposed