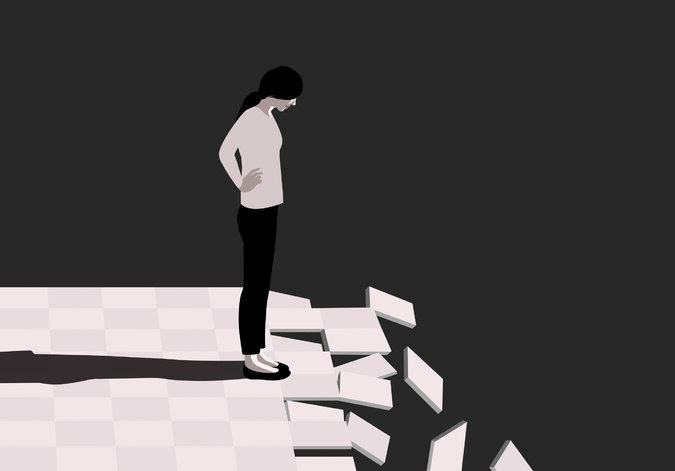 A year ago, a mother and self-described “God-fearing woman” called me after she had an abortion. She said that earlier, when she found herself unexpectedly pregnant, she drove straight to what she thought was a comprehensive health care provider near her home in Columbus, Ohio. When she asked about abortion, the staff told her she shouldn’t murder her child. Ohio requires an ultrasound before an abortion, so the woman listened to the staff’s condemnations, taking them to heart, crying. She told me later, “I didn’t know where else to go.”

She had landed at a crisis pregnancy center, a religious nonprofit organization that obstructs women’s access to abortion. In recent years, many more low-income women are finding themselves in her shoes.

Abortion foes are subsidizing these centers with public funds, while pushing to defund comprehensive health care providers. The Republicans who voted in September to block Planned Parenthood’s funding weren’t protesting covering abortion with federal dollars — that’s been restricted since 1977. Instead, they want to prevent Planned Parenthood from providing cancer screenings, ultrasounds, contraception and other services.

Every weekday, get thought-provoking commentary from Op-Ed columnists, The Times editorial board and contributing writers from around the world.

The question is not whether the federal government will defund Planned Parenthood — it won’t — but how many states will. Since July, legislators in at least 11 states have proposed bills designed to restrict Planned Parenthood from providing health care to low-income women. Some of those bills draw from a model written by Americans United for Life (A.U.L.), a legal organization that for decades has quietly drafted model anti-abortion legislation.

A.U.L. lawyers helped defend the Hyde Amendment, which bars Medicaid from covering most abortions. In 1980, under a challenge from a low-income woman, the Supreme Court decided that because the federal funding ban did not create the woman’s poverty, it did not infringe on her rights — a line of reasoning argued in an A.U.L. brief.

The funding ban has had dire implications for millions of poor women in urgent situations, often delaying abortion or forcing them to carry unwanted pregnancies to term. But the ban has largely shunted abortion to clinics, which are now being closed by additional restrictions.

When providers like Planned Parenthood are shut down, they leave low-income women with few alternatives for reproductive and preventive health care. While lawmakers say they’ll transfer funds to community health centers, there are too few to meet the need.

Today, thousands of women seeking low-cost health care are ending up at crisis pregnancy centers. Nationwide, there are more than 3,000 anti-choice centers advertising free services, like options counseling, pregnancy tests and ultrasounds. They now outnumber abortion clinics by at least three to one.

These organizations and their friendly volunteers may seem innocuous, but the centers are often staffed by evangelical women who lack professional licenses and belong to religious organizations that actively discourage them from recommending contraception, let alone abortion. Two such organizations, Heartbeat International and Care Net, coach staff members to seem credible to “abortion-minded” women by scrubbing their websites, signage and waiting rooms of all evidence of their underlying evangelical goals. Staff members themselves say their centers are most appealing to young women without anywhere else to turn.

In a yearlong investigation published in Cosmopolitan, I found that the information the centers gave women was often rife with omissions and misinformation. When I attended a conference for Heartbeat International, multiple speakers and attendees discussed strategies to tell women that abortion could cause difficulties ranging from infertility, suicide, breast cancer and failure to bond with future children. The medical research supports none of these claims.

Some of the states that are trying to defund Planned Parenthood are welcoming these centers. Eleven states fund them directly, sometimes with federal funds, and often through programs intended for low-income women and children.

In Ohio, legislators provided $1 million over the next two years for the centers. Meanwhile, the Ohio State Senate passed a bill last month that would restrict funding for Planned Parenthood affiliates, cutting access to breast and cervical cancer screenings, H.I.V. testing and violence against women programs. Since Gov. John R. Kasich took office in 2011, the state has passed restrictions that have cut the number of abortion clinics by about half.

Last month, California enacted a law that requires unlicensed centers to disclose that they are not licensed medical providers and requires licensed centers to tell women that the state has programs for affordable family planning, abortion services and prenatal care. A right-wing legal organization immediately sued to block the law, arguing that it infringed on the religious freedoms of the centers. Similar transparency laws elsewhere have been weakened or struck down.

When a woman is coerced to continue an unwanted pregnancy through misinformation or lack of access, she loses control of her body, education, finances — her future. The struggle for reproductive rights is inextricable from other movements for racial and economic justice. We will not achieve equal opportunity until a poor woman has the same sovereignty over her body and her future as a wealthy man. We must roll back the anti-choice legislation in our states that holds back equality.

Meaghan Winter reports on crisis pregnancy centers for the Investigative Fund at The Nation Institute.

Meaghan Winter is a freelance writer based in New York.