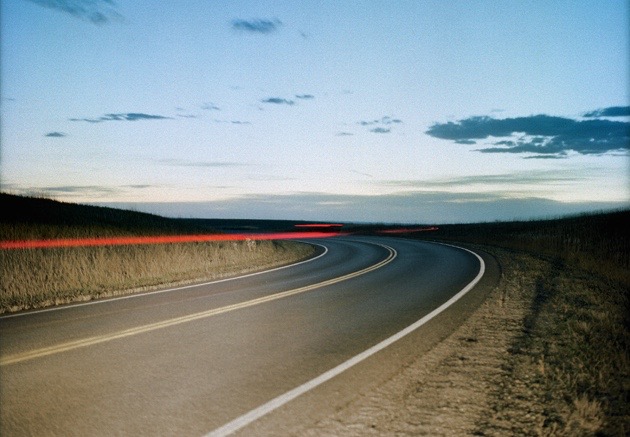 Ashley arrived for her prenatal appointment at Black Hills Obstetrics and Gynecology, in Rapid City, South Dakota, wearing a black zip-up hoodie and Converse sneakers.* To explain her absence from work that morning — a Tuesday in April 2015 — she had told a co-worker that she was having “female issues.” She was twenty-five years old and eight weeks pregnant. She had been separated from her husband, with whom she had a five-year-old son, for the better part of a year. The guy who’d gotten her pregnant was someone she’d met at the gym, and he’d made it abundantly clear that he wanted nothing more to do with her. Ashley found herself hoping that the doctor would discover some kind of fetal defect, so that her decision would be easier. She glanced across the waiting room at a television playing a birth-control ad and laughed darkly. “Jesus, Lord, it would be so nice if someone just pushed me down a flight of stairs.”

In the exam room, she perched on the table with her feet crossed at the ankles, her blond hair brushing the back of her pink hospital gown. “I don’t know what’s available for me here,” she told her doctor, Katherine Degen, who sat facing her on a stool. “I figured nothing.”

“Big, fat zero, unfortunately,” Degen said, making a 0 with her fingers. The last doctor who provided abortions in Rapid City retired in 1986, three years before Ashley was born.

The baby was due in November, when Ashley, who was a nurse, hoped to be enrolled in a graduate program to become a nurse practitioner. Getting pregnant as a teenager had forced her to put that dream on hold, but she had thought that she was finally ready; she had even submitted her application shortly before the March 15 deadline. For the first time in her adult life, Ashley felt as if her plans were coming together. Then she missed her period.

It would be too difficult to attend school as a single mother of two, Ashley knew. She had made an appointment for three weeks from now at the nearest abortion clinic, in Billings, Montana, 318 miles away. But just a week and a half ago, her husband had said he wanted to get back together and offered to raise the child as his own. Was it a sign that she was meant to continue the pregnancy? As a rule, Ashley approached her problems with resolve. She was capable and tough; she liked shooting guns and lifting weights. She kept track of her stats and checked off her goals as she achieved them one by one. Yet the dilemma before her had shaken her confidence. She leaned back and turned to watch the ultrasound screen. The black-and-white image danced. A sharp, fast thumping emerged from the machine. As Degen removed the wand, Ashley wiped the corner of her eye.

“Whatever you want to do,” Degen told her, “we’re here for you.” She left the room. Ashley stood quietly in her orange socks, looking down at the sonogram she held in her hands.

Later, I asked the doctor how often she saw patients who were considering an abortion. “Once a month, maybe,” Degen answered. “And how many don’t tell us?” She knew patients feared her and her colleagues’ disapproval. Very few of the women, she guessed, ever went through with the procedure.

At eight weeks, four days pregnant, Ashley was still within the recommended ten-week window for mifepristone and misoprostol, pills that are taken in two doses to induce miscarriage. In some states, a medication abortion is easily obtained — even nurses can administer one. But Ashley’s doctor could not offer to write her a prescription, because Black Hills isn’t licensed as an abortion facility.

South Dakota law requires facilities that provide abortions — including medication abortions — to obtain a special license from the Department of Health. Yet for patients like Ashley, the problem isn’t merely that the law makes it hard for doctors to perform the procedure; it is that few in Rapid City would be willing to. Physicians’ right to refuse is legally protected. Since 1973, the state has exempted medical professionals from any liability that might result from such a refusal, regardless of whether a woman is seeking an elective abortion or having a medical emergency.

These and other laws make South Dakota among the most difficult places in the United States to end a pregnancy. Lawmakers tried to ban abortion in both 2006 and 2008. The first time, the proposed ban was absolute, except to save the life of the mother; the second time, it made exceptions for rape and incest. Proponents campaigned against “abortion as birth control.” Kate Looby, a former director of Planned Parenthood of South Dakota, remembered the censorious tone of the legislators: “Women, if you’re going to have sex, you’re going to have to deal with the consequences.” Voters rejected both bans by a margin of around 10 percent each time, but new restrictions have been introduced nearly every year since. In 2011, the state mandated a seventy-two-hour waiting period that requires women to make two separate trips to the clinic: first for an initial consultation, and then, three business days later, another for the procedure itself. Regulations compel doctors to tell women that “abortion will terminate the life of a whole, separate, unique, living human being,” that abortion is linked to suicide and depression, and that state funding may exist to cover the cost of prenatal care and childbirth. Women must be told the gestational age of the fetus and what it looks like.

Also in 2011, legislators passed a bill that forces women to visit a crisis pregnancy center in addition to making the two trips to the clinic. C.P.C.’s, which are run by antiabortion groups, often discourage the use of contraceptives, and are known for such underhanded tactics as telling women that abortion is linked to breast cancer and infertility. That bill is currently stayed by a district court, but in March 2016, South Dakota passed two additional laws. One mandates that women receiving medication abortions be told — erroneously — that the procedure is reversible if they change their minds between the first and second doses. The other prohibits abortions at or beyond twenty weeks — meaning that a woman who discovers too late that she is carrying a nonviable fetus must wait for it either to expire in utero or to die after birth. […]

*Some names and identifying details have been changed.

Read the rest of this article in the December 2016 issue of Harper’s Magazine.