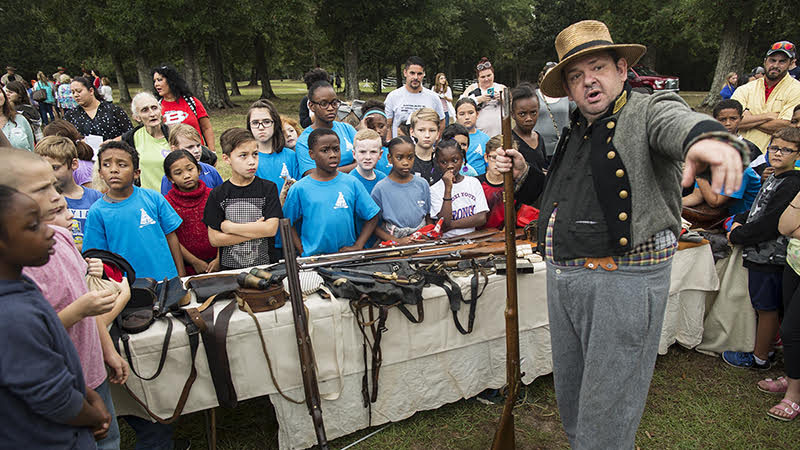 The Civil War ended more than 150 years ago, but the Confederacy didn’t completely die with it. Monuments, shrines and museums are found throughout the South. We teamed up with Type Investigations to visit dozens of them and found that for devoted followers, they inspire a disturbing – and distorted – view of history: Confederate generals as heroes. Slaves who were happy to work for them. That twisted history is also shared with schoolchildren on class trips. And you won’t believe who’s funding these sites to keep them running.

Plus, the story of New Mexico’s great monument controversy. In 1998, the state was set to celebrate its cuarto centenario: the 400th anniversary of the state’s colonization by the Spanish. But a dramatic act of vandalism would turn the making of a monument in Albuquerque into a fight over history the city didn’t expect.

This show has been updated with new reporting, based on a show that originally was broadcast Dec. 8, 2018.