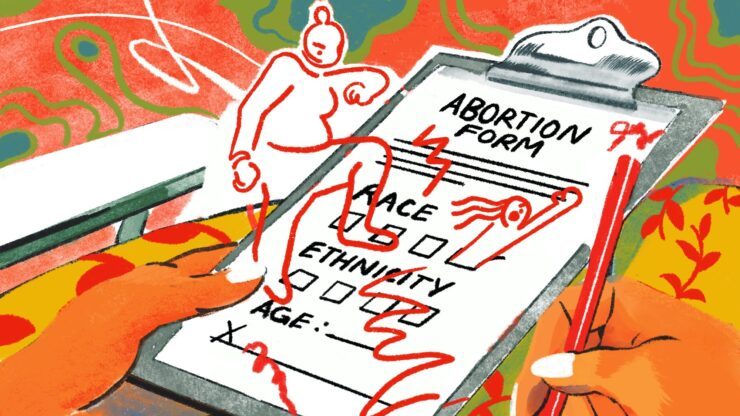 If the Supreme Court reverses Roe v. Wade, states could set their own rules about abortion. Some states already have closed clinics, and for those that remain, they’ve added obstacles – such as collecting personal data about people who get abortions and declaring that fetuses have civil rights from conception.

First, Type Investigations’ Ashley Cleek takes us to Arizona, where state law requires that clinics ask people seeking abortions why they want the procedure. The answers are part of a wealth of personal data Arizona and other states collect from people who get abortions. Abortion opponents say this information helps them offer support to pregnant people, but there’s little evidence of policy changes based on this data.

Next, we hear how opponents of abortion have co-opted the language of civil rights, including the Black Lives Matter movement. Host Al Letson talks with Mississippi state Sen. Joey Fillingane about a law he pushed through over the summer, banning abortion if the mother does not want a child of a certain race or other factors. Michele Goodwin, a University of California Irvine law professor and founding director of the Center for Biotechnology and Global Health Policy, explains America’s long history of policing the reproductive choices of Black women.

Finally, Reveal’s Emily Harris looks at the growing impact of “fetal personhood” laws. When a fetus is entitled to legal rights, that reduces the legal rights of the pregnant person – which has resulted in some women being charged with crimes when they miscarry or deliver stillborn babies.

Ashley Cleek is a reporter and producer working on stories about human rights and immigration.