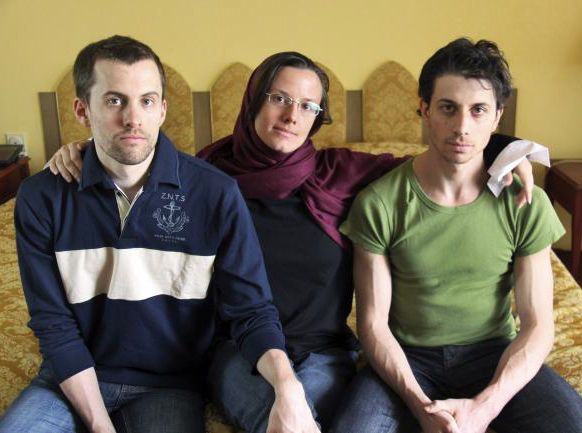 Wikileaks today made public a classified American military report that confirms that three American hikers detained by Iran were arrested on the Iraqi side of the border. The Investigative Fund and The Nation magazine first reported the circumstances of their arrest in June of this year, after locating two eye-witnesses who described their seizure by Iranian forces inside Iraqi territory. Iranian authorities have repeatedly charged that the three illegally crossed into Iran, an unsupported assertion that has nevertheless been frequently repeated in the US press.

One of the three, Sarah Shourd, was released from custody last month. Josh Fattal andInvestigative Fund reporter Shane Bauer remain in custody and are expected to stand trial shortly in Tehran.

An intelligence officer at the American Army division based in northern Iraq, the report notes, initially described the event as a “kidnapping” and said the three American tourists “were being taken to the Iranian border.”

The report lists a number of military grids where the Americans were believed to have been hiking or had been detained — all on the Iraqi side of the border.

Importantly, the three Americans, who face spying charges in Iran, are described in the classified document as “Tourists/Reporters.” The report, marked by frequent updates containing fragments of information, documents what the Times calls a “frenetic effort” to locate the fourth hiker, Shon Meckfessel, who, feeling ill, remained behind in Iraq. That aspect of the report further undermines the absurd claim that the three vacationing reporters and human rights activists were American spies, as several Iranian authorities have alleged.

Bauer and Fattal have now been in detention for more than 14 months.

Former Iranian intelligence officials and diplomats have indicated to Newsweekthat the two hikers [who remain in custody] are the victims of cultural misunderstanding, a factional struggle within the Iranian government, and a combination of geopolitical rivalry and tacit cooperation between Iran and the United States.

The Iranian intelligence officials, none of whom would be named discussing a highly sensitive matter, confirmed a Nation magazine report asserting that Fattal, Bauer, and Sarah Shourd were kidnapped, in July 2009, by Heyva Taab, a local crime boss and ex-commander of Iran’s Revolutionary Guards. According to ex-officials, the Guards allegedly used to pay Taab for delivering the bodies of Kurdish guerillas. Taab would kill innocent Kurds along the Iran-Iraq border, dress them as guerillas, and hand them over. He is currently in jail in Iran for killing an Iranian official and his nephew.