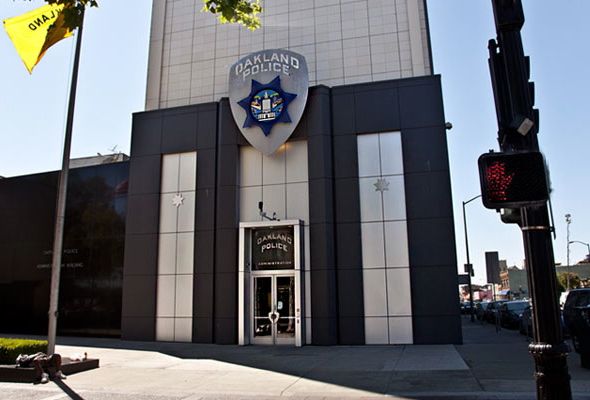 “The Monitor’s concerns surrounding officer-involved shootings highlight the uncertainty over whether Defendants will, without further intervention by the Court, ever be able to comply with the reforms to which they agreed over nine years ago.” Henderson wrote.

A Colorlines.com investigation last August highlighted the role of California state law in shielding allegations of officer misconduct from public scrutiny and accountability. The investigation found 20 officers whom have been involved in two or more shootings over the past decade, 13 of whom are still employed by the department. A large number of officers involved in shooting incidents were also assigned to tactical teams that were at the heart of OPD’s violent response to Occupy Oakland protests last fall. The independent monitor is already investigating police violence during that raid.

Last week’s federal court order, which also raises the possibility of court-imposed sanctions if misconduct is uncovered, is the latest sign of Judge Henderson’s growing impatience with OPD’s lagging reforms. The independent monitoring team, led by former Rochester Police Chief Robert Warshaw, is the third such monitoring group. Earlier this year, Henderson threatened to place the police department under the control of a court-appointed receiver if the pace of OPD’s reforms did not pick up. In late January, Henderson took a step in that direction by ordering OPD Chief Jordan and City Administrator Santana to consult with the independent monitor before making any significant decisions regarding personnel matters or departmental policy.

This most recent turn of events indicates that both the court and the independent monitor harbor serious doubts about OPD’s ability to investigate itself, and are becoming increasingly involved in the everyday workings of the department. Previously, they have only audited OPD’s investigations. Here is a passage from Henderson’s order:

This is of utmost concern, as uses of force and the manner in which they are investigated are among the most serious issues in this case, and officer-involved shootings, many of which result in death, are the most grave possible uses of force. The Court hereby directs the Monitor to identify any systemic problems that exist in the process by which Defendants evaluate such cases, as well as whether unique problems arose in any individual case, and recommend solutions to those problems.

Frequent changes in the police department and the city’s leadership have not helped matters either: three mayors and four police chiefs have come and gone since federal oversight of OPD began in 2003. However, the judge believes the time for excuses are past, and problems investigating officer-involved shootings have risen to the heart of Henderson’s deliberations on whether to place OPD under federal control.

But city authorities aren’t the only ones lagging on investigations of police shootings in the Bay Area. The Alameda County district attorney conducts a separate investigation every time a police officer is involved in a violent death. Charges are either filed against the officer (i.e. Johannes Mehserle’s murder indictment in 2009 for the fatal shooting of Oscar Grant) or a report is compiled detailing the incident and explaining why charges have not been filed. As of mid-May, the district attorney’s office has yet to complete its investigations into the deaths of Andrew Moppin, Gary King Jr., Jose Buenrostro and Mack Woodfox — all of whom were killed by OPD officers between 2007 and 2008. The latter three deaths resulted in $2.65 million in settlements with the City of Oakland. On average, the district attorney’s investigators complete their reviews of officer-involved shootings within a year of the incident.

The result of the monitoring team’s investigation will be included in their next quarterly report, due to be released sometime in August.

This story, which originally appeared on Colorlines.com, updates reporting supported by The Investigative Fund at The Nation Institute, now known as Type Investigations.