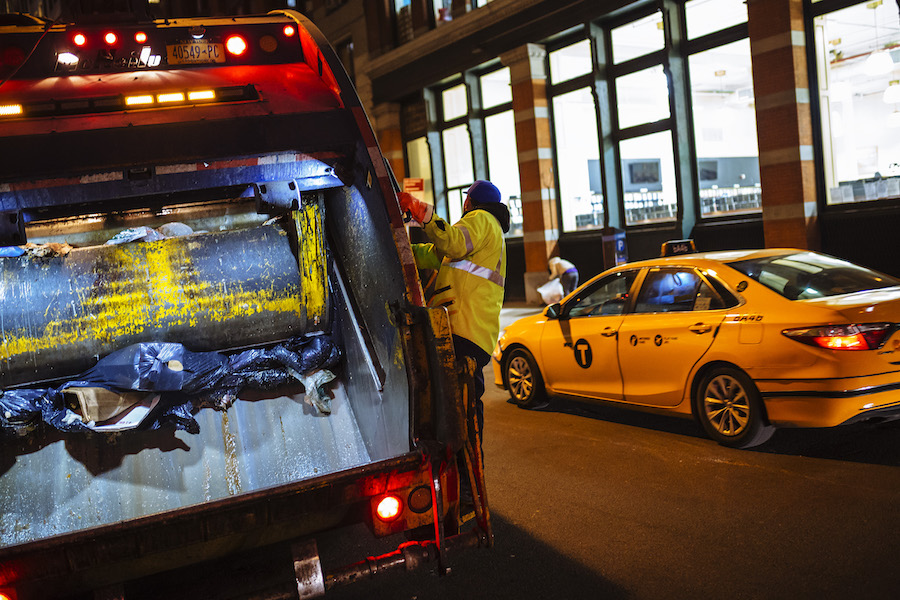 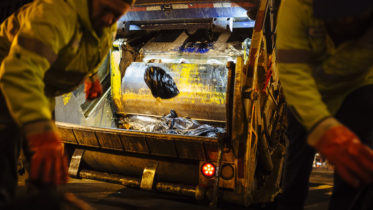 The agency that oversees New York’s private trash industry ordered Sanitation Salvage, one of the city’s largest haulers, to halt operations, saying the company poses “an imminent danger to life and property.”

“This company has demonstrated time and time again that they value profit over the lives of New Yorkers and the well-being of their workers,” Mayor Bill de Blasio said in a statement. “We are immediately suspending this company’s license following a pattern of unsafe practices.”

The action comes after Sanitation Salvage trucks killed two men between November 2017 and April 2018. Those deaths prompted local politicians and community groups to demand closer oversight of a dangerous industry that sends trucks racing through the streets of New York every night.

The Business Integrity Commission, or BIC, released a five-page order that said the company cannot collect trash in New York City until the commission completes an audit and determines that Sanitation Salvage is no longer a danger to the public.

Michael Johnston, a spokesperson for Sanitation Salvage, said in a statement that the company planned to challenge the commission’s ruling.

“Bowing to political pressure, the city rushed to judgment based on an incomplete and distorted factual record,” the statement said.

“Sanitation Salvage will pursue all legal remedies, as necessary, to reverse this gross abuse of government authority and violation of Sanitation Salvage’s rights as a longtime licensee in good standing,” it added.

ProPublica has published three articles reporting on Sanitation Salvage’s troubled record of labor and safety violations, including one this week about an unlicensed driver who crashed a garbage truck on Aug. 8.

The driver involved in the first of Sanitation Salvage’s fatal accidents initially told police that he had killed a homeless man in the Bronx who jumped aboard the moving truck and was run over. But in May, reporting by ProPublica and Voice of America revealed that the man, 21-year-old Mouctar Diallo, was in fact an off-the-books worker for the company who was killed while doing his job.

The same driver was involved in a second accident in which 72-year-old Leo Clarke was killed in April while crossing the street with a cane. This month, the BIC barred the driver from the industry, finding that he “lacked good character, honesty and integrity” because he had lied about Diallo.

Responding in May to calls from politicians and advocates to revoke the company’s license, Sanitation Salvage issued a statement defending its conduct: “Our operation is predicated upon three important principles: 1) safety, first and foremost; 2) fulfilling a crucial need for our customers and the city; and 3) being a good neighbor. A complete review of our record and operation will show that we live by these principles and a revocation of our ability to do business is unwarranted.”

The BIC said Friday it was imposing an emergency suspension on Sanitation Salvage for safety issues it had uncovered that went beyond the two fatalities. Sanitation Salvage trucks were involved in 58 collisions since March 2016, according to the commission. While licensees are required to report all employees to the BIC, 14 of those 58 collisions involved drivers whose identities Sanitation Salvage had failed to disclose to the agency. Twice this month, the company was caught with unlicensed helpers driving garbage trucks — with the most recent instance occurring Thursday evening.

In its order, the BIC cited inspections by the New York State Department of Transportation that found the company was operating unsafe trucks and requiring employees to work excessive hours.

“The city’s decision to suspend the license of Sanitation Salvage prior to the conclusion of its investigation and without any prior notice or opportunity to be heard is both unlawful and misguided,” the company’s spokesperson said.

A spokesperson for de Blasio said the company can appeal its suspension. The BIC said it expects to hold a hearing on the matter next week.

The BIC invoked a section of New York’s administrative code giving the city “emergency suspension” authority to “immediately suspend such license or registration without a prior hearing” if a company “creates an imminent danger to life or property, or upon a finding that there has likely been false or fraudulent information submitted in an application.”

Community organizers and local politicians praised the BIC’s action but noted that they have been calling for the company’s license to be suspended since May. “We are pleased to see the city taking decisive — and overdue — action to get an unsafe and exploitative waste company off our streets,” said Justin Wood of New York Lawyers for the Public Interest.

“While many hauling companies have engaged in dangerous and unscrupulous behavior, Sanitation Salvage went above and beyond other bad actors,” Antonio Reynoso, a City Council member and Sanitation Committee chair, said in a statement that accused the company of “wage theft” and “colluding with a sham union to cheat their workers out of benefits.”

Reynoso called for comprehensive reform of the industry by dividing the city into relatively compact zones — a proposed overhaul supported by the de Blasio administration.

Reynoso added, “We cannot simply stop at penalizing one company when we know all too well that these problems are systemic in the industry.”

Right now, companies are free to collect trash from anywhere in the city, giving rise to zigzag routes that are hard for drivers to complete without working long hours and speeding.

ProPublica has reported that according to current and former Sanitation Salvage workers, the company’s truck drivers and their helpers work shifts of 18 hours or longer, aided by an army of off-the-books workers often hired informally off the streets along its collection routes.

In 2015, after an investigation, the Department of Labor concluded that Sanitation Salvage owed workers $385,000 in unpaid overtime over the past three years. Workers said the company installed what they called a sham union that served the interests of Sanitation Salvage’s owners. Records show the union was long run by a mobster: James Bernardone, identified by law enforcement as a soldier in the Genovese crime family. The city agency that oversees the private trash industry was expressly created to root out organized crime and corruption.

“The city’s action not only threatens to put this family-owned company’s more than 80 employees out of work, it also will cause imminent harm to the thousands of small-business customers in the Bronx and throughout New York City who have long depended on Sanitation Salvage to provide safe and cost-efficient waste carting services,” the company’s spokesperson said.