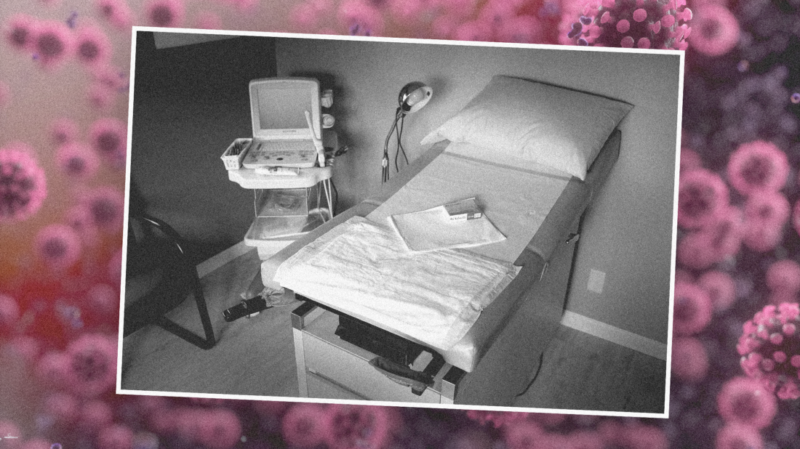 Life in the Time of Coronavirus is a new GEN series where we are interviewing people across the country who have had their lives upended or are experiencing the stress of the unknown.

On March 18, Mike Pence asked hospitals to postpone elective procedures to free up medical supplies for the fight against the novel coronavirus. Four days later, the state of Texas postponed all nonessential medical procedures, citing the White House directive. The Texas ban includes all elective abortions, including medication abortions, aka “the abortion pill.” (Ohio has attempted to postpone abortion services, and the governor of Mississippi won’t order a statewide stay-at-home order but is attempting to shut down the state’s only abortion clinic in the name of the coronavirus.)

Reproductive rights groups filed a lawsuit in U.S. District Court on March 25 in a bid to lift the Texas ban. On March 30, a judge granted a restraining order to restore abortion access, but a March 31 ruling by the Fifth Circuit Court of Appeals will allow the state to implement its temporary ban on abortion.

Kathy Kleinfeld is the administrator of Houston Women’s Reproductive Services, a small clinic that specializes exclusively in medication abortions. Last week, she had to personally tell more than 40 patients, many of whom had already completed their ultrasounds and state-mandated waiting periods, that she would not be able to give them the pills to end their pregnancies. Kleinfeld said that when the order came down, “all the clinics in Texas were already adhering to CDC guidelines and recommendations for Covid-19.”

Governor Abbott made an announcement around 4:30 p.m. on Sunday, March 22, that all elective medical procedures were postponed due to Covid-19. He did not spell out what that meant in great detail. It wasn’t until about 24 hours later that his attorney general, Ken Paxton, clarified that this included any and all types of abortion procedures.

It wasn’t until Tuesday morning that our lawyers told us the ban applied to medication abortions. So clinics all across the state already had women in their waiting rooms, coming in to have their first visit to begin the process, or or their second visit to pick up their pills, or to have their surgical procedure. Clinics across the state were faced with women in their office who needed to be told they were not going to have their abortion today. This order came down and went into effect immediately, with absolutely no time to notify these women. So we were all faced with the emotional toll — the desperation, the anger, the frustration, the fear.

Remember, every woman coming in for an abortion is already feeling the pressure of “I need to resolve this pregnancy quickly so I can be healthy and strong to care for my children, to care for my aging parents, to do whatever I need to do as this pandemic continues to engulf our country and world.” Now we’ve just given them one more reason to panic.

We had one woman on Tuesday who was in an abusive relationship and was absolutely desperate, bargaining, pleading with us to please give her the pill. All we could say was, “I’m so sorry, but our hands are tied. We cannot break the law.” These are desperate times.

I spoke privately with each of the women who were in the office. It was horrible. I didn’t want to ask the staff to do that, because I had done it before in 2014, when the clinics closed after Texas’ HB 2 law came into effect. This was radically different. This was in person, and I had no options to give them. In 2014, when the clinics closed because of HB 2, there was still one provider that had an ambulatory surgery center, so we could tell women, “You could call this number. They’ll be able to see you, but you’ll have to be patient, because they’ll have to carry the load of all the rest of us who have to close.”

On Tuesday, we didn’t have that option. The only options were to leave the state, which poses yet another health risk. We’re compounding a health crisis by saying, “Hop on a plane and go to another state that’s more friendly to choice.” Who has the means to do that? You’re also adding to the health risk of traveling during a pandemic.

The way it works for a medication abortion in Texas is that the first visit is the consult, then they wait at least 24 hours, and then they return for their second visit. At the second visit, they take the first pill in the office, and we give them the take-home medicine. The take-home medicine is taken the next day to miscarry, to pass the pregnancy. So, as long as they completed that second visit and took the pill already before Tuesday in our office, then they were done. They were at home, just finishing the process.

About half the women we had scheduled for that week had already completed their first visits; they just needed to pick up the pill. They kept saying to me, “But I’ve already come in. I’ve already had my first visit. The 24 hours has already gone by. Why can’t I just get the pill? I’m midway through. I’ve already started it.” All I could say was, “The state of Texas doesn’t care about women.”

The closest place our patients could get an abortion would probably be Arkansas, which has a 72-hour waiting period. Oklahoma has a 72-hour waiting period as well. New Mexico doesn’t have a waiting period, but we’re on the east side of Texas, which is a huge state. Traveling to New Mexico from Houston is probably a 13-hour drive. No one’s going to get on a bus, and do you want to travel by plane at this point? I did talk to two women who admitted they had already booked their flight to Colorado and New Mexico.

I’ve not had a single woman say that she would continue the pregnancy. Not a single one. Every one of them said, “Now what do I do? What are my options? Where can I go? Is there anybody who can help me?” One by one, as I talked with each of the patients, the discussion centered around that woman and her particular circumstances. What was going to be to be feasible for her? Waiting? How far in her pregnancy was she? Was she only four weeks, so she’s got three weeks, four weeks safely to wait? Hopefully, clinics will be open by then. Or the woman who is in an abusive relationship and is already at nine weeks—she needs to do something pretty quick. Does she have the ability to travel? Is there anybody who can help her get to another state? Does she want to take that risk? Does she want to wait and then ultimately end up having a surgical procedure?

The woman who was leaving the country for a job in another country—what is she going to do? She had a little time to work with. She had the means perhaps to travel to another state. There was a possibility that traveling to that country might provide better access to abortion care, so we explored that, too.

The executive order said the only exceptions were to save the life of the mother or for documented medical reasons for terminating a pregnancy. Legally, our doctor can’t make a determination that this cardiac patient is at risk. It has to be her cardiologist making that determination. How is this woman going to access her normal health care in the middle of this health crisis that’s going on?

I had one woman in that particular situation, and I told her we would need to see the documentation from the physician who diagnosed her particular condition. He would need to write a letter stating that. “But that office is closed,” she said, frustrated. “How would we be able to get ahold of him?”

All I could say was, “The state is going to require that if we do anything for you, we’re going to have to have that letter. We can’t touch you without that.” She was hysterical—understandably so.

This also brings the issue of self-managed abortion to the forefront. I’m not bringing it up with them, but these are desperate times. Women want to know what all their options are, and through history and time, we know that women will do whatever they need to, and hopefully everyone will be safe. They can’t put pregnancy on hold.

For women who are asking, we’re just saying, “Explore carefully on the internet.” Just research it carefully. You want to make sure to get the right medications. We just explain how we do things and what medications we give. Women are resourceful.

That’s all we can really do. It’s very hard to know what all is out there and is it legitimate or not. The last thing we want to do is have women find a website or find information that looks promising, and it’s placebo sugar pills or something. Or worse: something that’s going to harm her. We certainly don’t want that. A lot of things can go wrong. Then they’re going to end up in the emergency room.

This interview has been edited and condensed for clarity.