Antonino D’Ambrosio is an author, filmmaker and visual artist. His books include A Heartbeat and A Guitar: Johnny Cash and the Making of Bitter Tears (which was written with support from the Nation Investigative fund), Mayday with artist Shepard Fairey, and Let Fury Have the Hour. D’Ambrosio’s essays from the latter inspired his acclaimed feature length documentary feature film of the same name. D’Ambrosio’s writing appears in The New York Times, The Nation, The Progressive, The Believer, Salon.com, Moviemaker, Huffington Post, among others. D’Ambrosio’s film- work includes No Free Lunch starring comedian Lewis Black. He is the founder of the nonprofit La Lutta NMC, selected by The Nation as one of the top independent media groups. D’Ambrosio was New York University’s Gallatin Lecturer, an honor bestowed upon a contemporary artist creating innovative and social engaging work and Artist-In-Residence at the Center for Contemporary in Santa Fe, New Mexico where he produced the natural land art installation and multimedia project La Terra Promessa, which included the production of D’Ambrosio’s film series In Sun and Shadow. In 2014, Sony Music Masterworks released Look Again to the Wind: Johnny Cash’s Bitter Tears Revisited featuring Kris Kristofferson, Emmylou Harris and Steve Earle. Executive produced and with liner notes by D’Ambrosio, the record was inspired by D’Ambrosio’s book A Heartbeat and a Guitar. D’Ambrosio also produced, wrote and directed the documentary We’re Still Here: Johnny Cash’s Bitter Tears Revisited, which was broadcast on PBS in 2016. In 2015, ARTE broadcasted Soundhunters of which D’Ambrosio wrote and directed a short film, Speak the Words the Way You Breathe. His newest book is The Free Space: How Creative-Response Transforms Our World, which serves as the basis for D’Ambrosio’s broadcast series The Free Space (produced by Gigantic Pictures). Additionally, D’Ambrosio recently collaborated with celebrated Haitian poet Denize Latuore on a book of poems titled A Kiss to the Land. D’Ambrosio’s most recent film Frank Serpico recently premiered in the Spotlight section of the Tribeca Film Festival and will be released theatrically by IFC Sundance Selects in the Fall 2017. Last updated July 2017 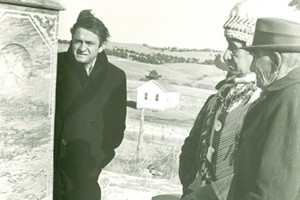 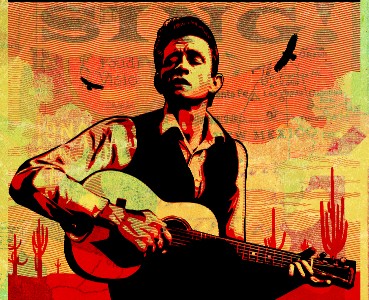