Ilan Greenberg is a New York-based journalist. He co-founded Coda Media and teaches at the Bard Globalization & International Affairs Program. He has written for The New York Times Magazine and The New York Times as well as Slate, US News & World Report, GQ (UK), The Wall Street Journal, and Travel & Leisure, among many other publications. He won the 2008 Lange-Taylor Prize given by Duke University and was the recipient of a Knight International Journalism Fellowship. He reported out of the Central Asia from 2002 to 2007. Last updated July 2017 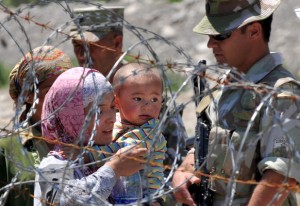