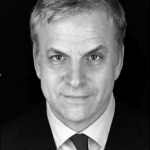 Joe Conason is the Editor at Large at The Investigative Fund. He is the founder and editor-in-chief of The National Memo, a daily political newsletter and website. For 18 years he wrote a weekly political column for The New York Observer, where he formerly served as executive editor, and for 12 years he wrote a weekly column for Salon. He previously served as investigative editor of The American Prospect and editor-at-large for Conde Nast’s Details. Before that, he worked for The Village Voice as a columnist, staff writer and national correspondent. He is the author of several books, including Big Lies: The Right-Wing Propaganda Machine and How It Distorts the Truth (St. Martin’s Press) and, with Gene Lyons, The Hunting of the President: The Ten-Year Campaign to Destroy Bill and Hillary Clinton (St. Martin’s Press), both of which were New York Times bestsellers. His most recent book, published in September 2016, is Man of the World: The Further Endeavors of Bill Clinton, praised by the editors of The New York Times Book Review as one of the best political books of the year. His articles and essays have appeared in Harpers, Esquire, The Nation, The New Republic, The Guardian (London) and The New Yorker, as well as scores of other periodicals in the United States and abroad. He also appears frequently as a commentator on television and radio, including several years as a regular guest on Air America’s Al Franken Show. A winner of the New York Press Club’s Byline Award, he has covered every American presidential election since 1980. Last updated July 2017